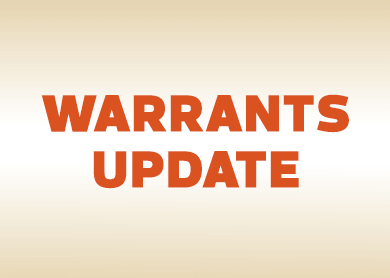 THE start of the second phase of its storage terminal projects in Pengerang, Johor, will boost Dialog Group Bhd’s earnings over the next two years to June 30, 2017. Analysts are ascribing a fair value of between RM1.57 and RM2.05 to Dialog.

Based on last Wednesday’s closing price of RM1.67, the fair value of RM2.05 ascribed by AmResearch translates into an upside potential of 22.8%. The research house raised Dialog’s earnings forecast for the financial year ending June 30, 2015 (FY2015), by 5% to RM275.9 million.

The favourable forecast for Dialog (fundamental: 2.5; valuation: 1.1) is based on the expectation that demand for storage facilities will continue to rise as current low oil prices present a good opportunity for traders to lock in rates, AmResearch’s analyst Wong Joe Vuei says in a May 13 report.

“Phase 2 of Pengerang, a dedicated industrial tank terminal for the RAPID complex, is due for completion by mid-2018, while the LNG regasification plant and storage tanks will be completed by end-2017,” he says.

“The RM5.5 billion EPCC (engineering, procurement, construction and commission) contract for Pengerang Phase 2 will further support the group’s earnings over the next three years.”

The group’s warrant — Dialog-WA — was traded at 44.5 sen last Wednesday. With a strike price of RM1.19 and a conversion ratio of one warrant to one mother share, Dialog-WA is trading at a discount of 2.1% to the underlying share.

Theoretically, if the underlying share appreciates 22.8% over the next 12 months, the discount to Dialog-WA will widen by the same quantum, assuming there is no movement in the warrant’s price.

But analysts say the warrant should track the movement of the mother share. In this case, warrant holders could potentially see an upside of 22.8% without converting the units into shares. The warrant expires on Dec 2, 2017. 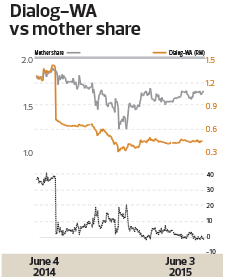 However, Dialog is trading at 30.99 times earnings for the annualised CY2015, which is higher than the sector’s average of 18 times, according to Wong. The premium is, nevertheless, justified, given Dialog’s strong cash-generating businesses, he says in the report.

“Dialog’s Kertih and Tanjung Langsat tankage facilities will continue to underpin its stable and recurring income, as the operations in Tanjung Langsat are beginning to contribute more significantly, after having gone through a gestation period over the last four to five years,” he adds.