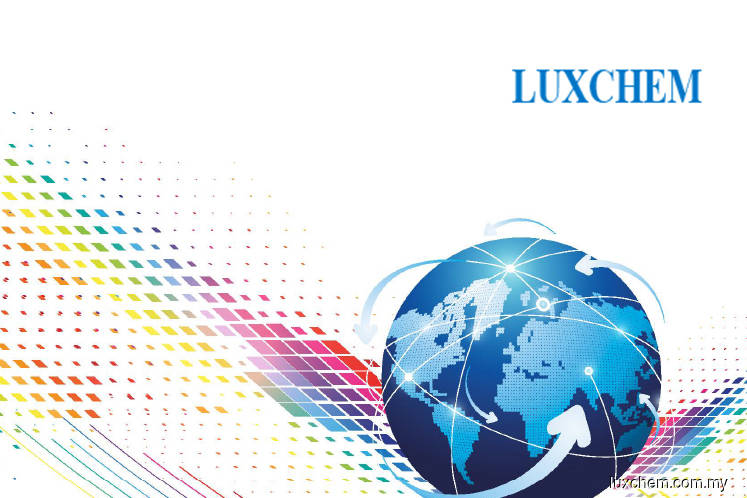 KUALA LUMPUR: The construction of industrial chemical supplier Luxchem Corp Bhd’s new warehouse in Pulau Indah, Klang, is slated to start at the earliest next year, its management said yesterday.

“We have purchased [the land], but we are not constructing the warehouse this year. That’s because we will have to wait for the land to settle, draw plans, and get all necessary approvals. Even if we start immediately, it needs at least six months, so it’s likely the earliest [possible time] we construct it is in 2019,” its chief financial officer Chen Moi Kew told reporters after the group’s annual general meeting held here.

Chen said depending on its complexity, construction of the warehouse is expected to take about a year, at an estimated cost of about RM8 million.

She guided that the warehouse is expected to be at least 20% to 30% larger in space compared with the group’s existing warehousing capacity of some 60,000 sq ft.

According to its latest annual report, Luxchem has a dedicated warehouse in Port Klang, Selangor. Stocks are also kept at its Melaka, Seberang Perai and Sitiawan facilities. The group acquired a 8.42-acre (3.41ha) piece of industrial land in Pulau Indah in 2017, and has so far invested RM14.67 million in it.

Tang stressed that fluctuation in foreign exchange rates will remain a key factor deciding Luxchem’s performance going forward, as its purchases and exports are mainly denominated in US dollars. Generally, a weaker greenback translates into a lower revenue in terms of ringgit.

He also guided that an increase in crude oil prices is expected to raise the group’s raw material costs, which could be passed through to customers, where order negotiations are done on a monthly basis.

“We have potential. It’s just other variables such as competition and the market scenario [that pose uncertainties], but at least we have the capacity to achieve that [growth]. So, we think this year should be better than last year, barring unforeseen circumstances,” Tang commented, adding that the group will begin to utilise the additional capacity of 10,000 tons at its expanded Melaka manufacturing facility.

On export, Tang said the group is still working on localising sales in Vietnam, which should see a recovery earliest in FY19, besides strengthening its foothold in other key markets, such as Indonesia, Bangladesh and the Philippines.

“If these few markets can do better, they can already absorb all of the capacity of Luxchem Polymer Industries Sdn Bhd, so there is no point to go everywhere,” he said.

Vietnam is Luxchem’s third largest market after Malaysia and Indonesia. For FY17, export sales in Vietnam fell 7.6% to RM89.52 million, from RM96.92 million a year ago.

As for Indonesia, which contributed a RM99.14 million turnover to the group last year, Tang said only growth of a small percentage can be expected this year given the fluctuation in rupiah and uncertainties ahead of the 2019 presidential election there.

As for the first quarter of FY18, net profit fell 29.2% to RM9.63 million on a lower revenue contribution, which dipped to RM196.65 million from RM218.13 million a year earlier due to lower exchange rates and quantities during the quarter.

Shares in Luxchem closed two sen or 3.28% higher at 63 sen yesterday, giving it a market capitalisation of RM542.86 million. Year to date, the stock has declined 14.6%.