War of words in Dewan Rakyat over bloc voting mistake 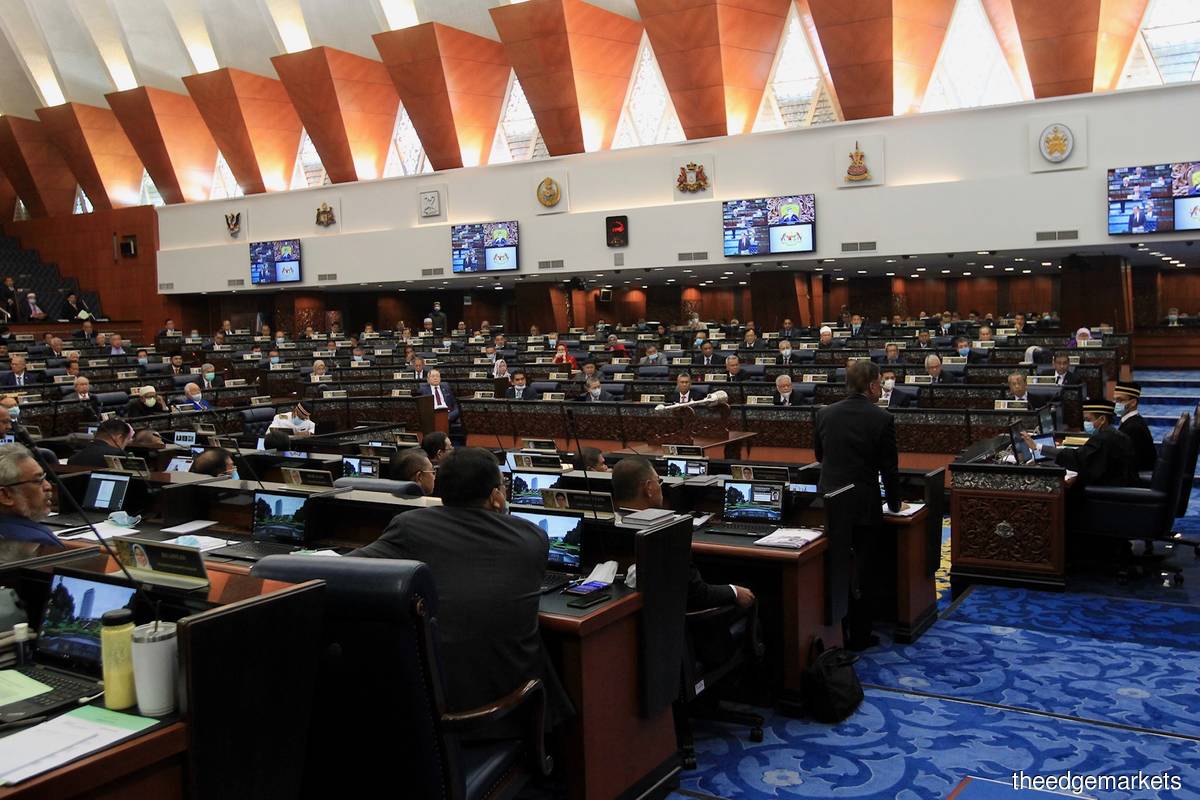 KUALA LUMPUR (Dec 1): Tasek Gelugor Member of Parliament (MP) Datuk Shabudin Yahya’s mistake in the counting of the bloc votes to pass the budget for the Ministry of Finance (MoF) at the committee stage yesterday caused a war of words among the lawmakers at the Dewan Rakyat sitting today.

The mistake, which was disclosed to the MPs through the Speaker’s Announcement read out by Deputy Speaker Datuk Mohd Rashid Hasnon after the Question Time, however, did not change the result of the bloc voting.

The announcement followed the notification received by Speaker Datuk Azhar Azizan Harun from Shabudin, who was responsible to count the votes for MPs in Bloc C.

Shabudin, who is the deputy minister in the Prime Minister's Department (Parliament and law), said he had miscounted the votes after ticking Padang Rengas MP Datuk Seri Mohamed Nazri Abdul Aziz as being in favour of the budget even though the latter was absent during the bloc voting.

The matter caused a commotion which lasted half an hour with several MP from the opposition bloc stood up in protest, hence disrupted the committee-stage debate on the budget for the Foreign Ministry.

Some of them even asked the Deputy Speaker to make a ruling to assure that such error will not recur, while several others demanded for another bloc voting on the budget for the MoF.

“This is very important. Even though it did not change the results of yesterday’s bloc voting, how do we ensure that this kind of mistake will not be repeated? Where is the check-and-balance system in the Dewan Rakyat?

“I do hope that the Speaker and Deputy Speaker will find a way for the Dewan Rakyat to have a check-and-balance system to ensure that the same error will not recur,” Syed Saddiq Syed Abdul Rahman (Independent-Muar) said.

RSN Rayer (Pakatan Harapan-Jelutong), on the other hand, called for action to be taken against the MP who erred in the counting of the votes, which he described as a cheating offence.

Shabudin, who stood up to explain the incident, said he had no intention to cheat or act against the Standing Order of the House.

“I have no intention to cheat, but if the incident was considered an offence, I have sincerely informed the Speaker of the mistake. I did not hide it. I apologised to the Speaker,” he said.

Fuziah Salleh (Pakatan Harapan-Kuantan) then raised the House’ attention to Standing Order 47 (1) and 47(2) which stated that in case of bloc voting, the ones entrusted to count the votes or the tellers must ask each member separately on how he would vote.

“The tellers must not make an assumption. If the teller in the Padang Rengas bloc had made an assumption, then how we can rest assured that the tellers in the other government bloc would not do the same? I call for a new ruling,” she said.

Mohd Rashid then asked any MP who was dissatisfied with the matter to file an official complaint and motion before proceeding with the debate on the budget for the Foreign Ministry.