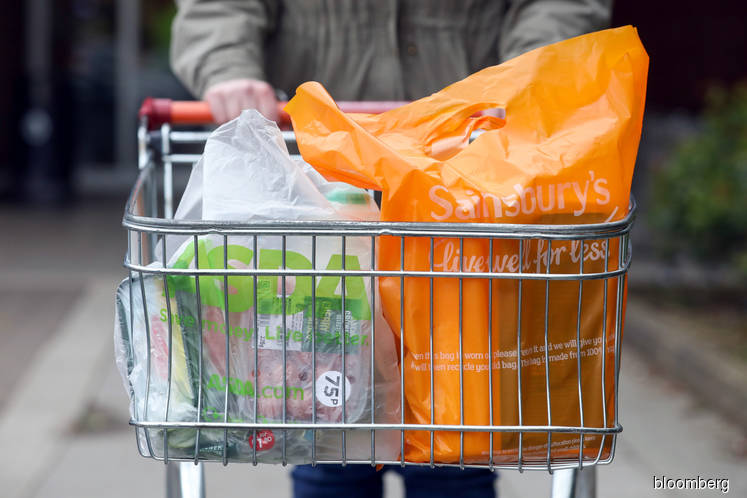 (Feb 26): Walmart Inc is exploring the sale of a stake in its U.K. grocery business Asda, amid interest from potential investors, nearly a year after a merger with rival J Sainsbury Plc fell apart, people with knowledge of the matter said.

Asda has attracted interest from suitors including private equity firms, the people said, asking not to be identified because the information is private. Walmart is working with an adviser and has recently started a formal process for the stake sale, the people said.

Walmart, the world’s largest retailer, plans to keep a significant minority holding in the U.K. business after any deal, one of the people said. The companies confirmed in a statement that they’re considering whether there is an opportunity for third-party investment in Asda, alongside Walmart, after receiving approaches.

“Together, we are in discussions with a small number of interested parties who share Walmart and Asda’s commitment and passion to growing the business,” the two companies said in an emailed statement in response to Bloomberg queries. No final decisions have been made, and Walmart “firmly believes” an initial public offering remains an attractive long-term objective for Asda, they said.

U.K. antitrust authorities last year blocked Walmart’s plan to combine Asda with Sainsbury in a 7.3 billion-pound (US$9.4 billion) deal, saying it would lead to higher prices and less choice for shoppers. Walmart has since been exploring a potential listing of the business.

Walmart has brought in partners for some other international businesses. In China, it bought a stake in e-commerce operator JD.com Inc. in 2016 and folded its own online marketplace into the Beijing-based company’s operations. It sold control of its Brazilian unit to buyout firm Advent International in 2018 and took over Indian online retailer Flipkart in a US$16 billion deal.

Grocers in the U.K. have been struggling as the more established chains lose customers to discounters like Aldi and Lidl. They’ve been cutting jobs and selling assets to help counter the downturn.

Tesco Plc, Britain’s largest grocery chain, is inviting Thai tycoons to the second round of bidding for its operations in Thailand and Malaysia, which could fetch more than US$7 billion, Bloomberg News reported this month. Wm Morrison Supermarkets Plc expanded its alliance with Amazon.com Inc. last year to offer groceries in more cities across the U.K.

Asda’s total sales fell 1.3% in the last three months of 2019, after customers cut back on spending for Christmas. Consumers are “highly budget conscious” and “previously-seen trends of growth” are starting to slow, Asda Chief Executive Officer Roger Burnley said this month.