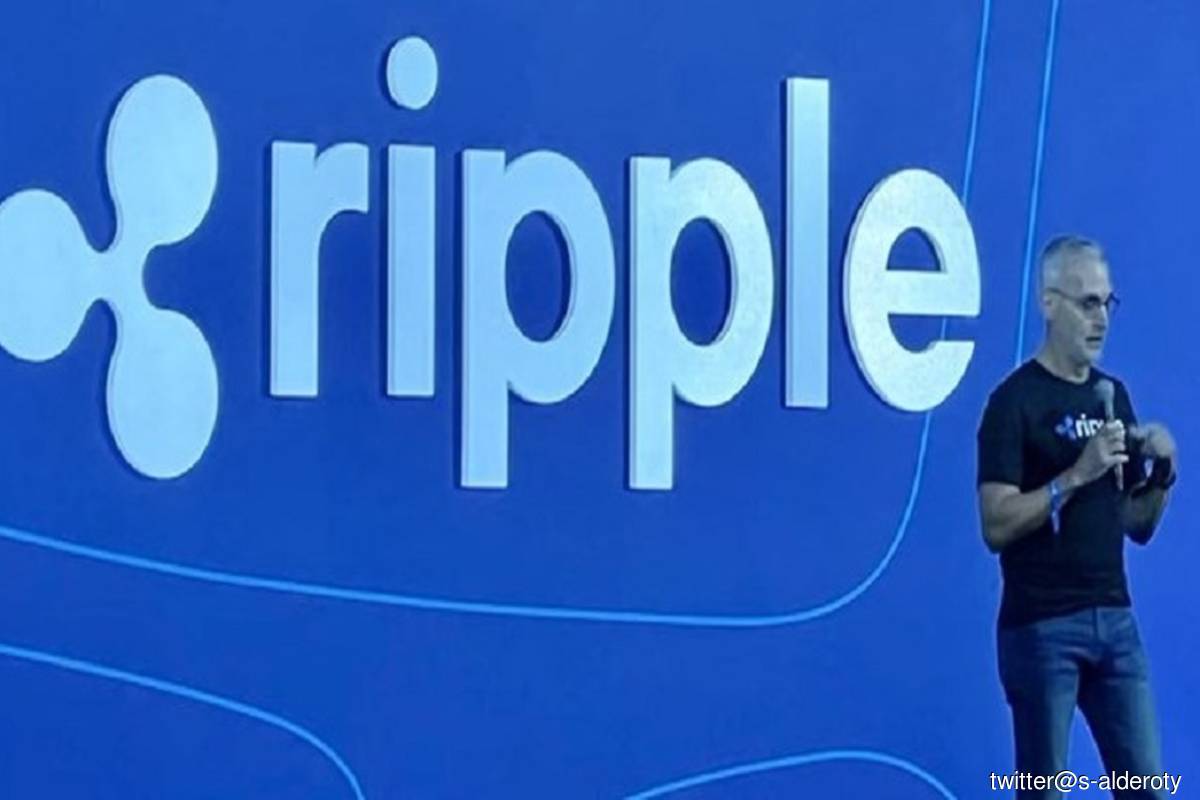 NEW YORK/WASHINGTON (Dec 6): Stuart Alderoty is giving the US Securities and Exchange Commission its toughest fight against crypto regulation in one of the industry’s most important tests, even as the FTX debacle grips the world of digital assets.

Alderoty, a 63-year-old lawyer, has spent most of his career working for traditional financial players. As chief legal officer for the payments company Ripple Labs Inc, he’s now at the centre of a scorched-earth litigation and public relations battle against the SEC and its chairman, Gary Gensler.

“They want to exert power that the law doesn’t otherwise give them,” Alderoty said in an interview in Washington prior to FTX’s bankruptcy.

The Ripple case is a keystone in the growing debate over regulating an industry that’s sometimes compared to the Wild West. It could soon enter a new phase: A federal judge is reviewing dueling motions from Ripple and the SEC, each asking the suit to be resolved in its favour.

Ripple claims it has already spent roughly US$100 million to defend the case and effectively, shield the entire crypto industry from what it calls overregulation by the SEC. Alderoty has turned to a roster of well-known outside lawyers, including the Obama administration’s SEC Chair Mary Jo White and her former deputy, Andrew Ceresney.

Meanwhile, the “crypto winter” descending on digital asset markets this year, and the high-profile meltdown of FTX, has the SEC touting its efforts to protect investors.

The closely-watched SEC lawsuit against Ripple should provide the first “conclusive decision on whether a crypto asset is or is not a security,” said Tibor Nagy, a New York litigator who has represented crypto industry clients.

The SEC accuses Ripple, its CEO Bradley Garlinghouse, and the San Francisco-based company’s co-founder Christian Larsen of misleading investors by failing to register Ripple’s XRP — one of the world’s 10 largest crypto tokens— as a security.

Ripple raised more than US$1.3 billion through an unregistered token offering, the agency said in its lawsuit, filed in December 2020.

The company argues that XRP isn’t an “investment contract”, and thus isn’t subject to the regulator’s authority. Allowing the SEC to regulate the token as a security would open the door to treating other assets — like cars, diamonds, and soybeans — as securities, Ripple said in court papers.

The SEC is feeling vindicated by its approach to crypto regulation. The agency announced Nov 15, four days after FTX filed for bankruptcy, that it initiated 760 enforcement actions this year that led to a record US$6.4 billion in fines and monetary recoveries for investors, up 64% from 2021.

Regulators often look to show the public that they’re being tough on alleged bad actors after a financial disaster, said Gary DeWaal, a former chair of Katten Muchin Rosenman’s financial markets and regulation practice. Other crypto-related legal issues besides the demise of FTX have emboldened the SEC, he said.
DeWaal cited a November win by the SEC in a federal case in New Hampshire against blockchain payments network LBRY Inc. He said the ruling could expand the agency’s bid to classify digital tokens as securities under its purview.

A victory by the SEC against Ripple “would have a real chilling effect on the crypto space,” DeWaal said. The SEC and Gensler, which have made no secret of their
desire to be the top US crypto cop, declined to discuss the Ripple case. Gensler told Bloomberg News in an interview published Dec 1 that crypto investors should embrace SEC regulation.

Alderoty, who grew up in Brooklyn and now lives on the Jersey Shore, joined Ripple as its top lawyer in 2019. He said he “gave up 30 years of networking” in more traditional Wall Street legal roles to try something new.

He put himself through college and law school — both at New Jersey’s Rutgers University — by taking a variety of jobs. He fought brush fires in California, drove a forklift in a light bulb factory, and memorised every US zipcode in the pre-digital era, while working for United Parcel Service Inc.

Alderoty went on to serve as general counsel for CIT Group Inc— a financial services outfit sold to First Citizens BancShares Inc — and North American legal chief at HSBC Holdings PLC. He also was a litigator for American Express Co and LeBoeuf, Lamb, Greene & MacRae, a precursor to a Manhattan law firm that famously flamed out.

In 2010, Alderoty was part of an advisory committee convened by the US Chamber of Commerce to vet future Supreme Court Justice Elena Kagan’s views on business issues, after she was nominated for a seat on the high court.

Alderoty gave US$10,000 to groups supporting Rep. Liz Cheney (R-Wyo) in the last election cycle, as the veteran lawmaker faced an onslaught from her own party over Cheney’s role on the Jan 6 Committee. He also contributed US$4,800 to a campaign for Senate Majority Leader Chuck Schumer (D-NY), federal election records show.

Alderoty said he favours reasonable regulation of the crypto industry, but the SEC is playing politics instead of pursuing sound policy. He and Garlinghouse argue that Congress, not unelected agency leaders, should set the standards.

The two Ripple executives said the company has spent big money to make that happen. Garlinghouse said the US$100 million figure includes legal bills, as well as discovery and expert witness costs incurred during the SEC litigation and year-long period before its enforcement action. Lobbying costs are separate, the CEO said.

White and Ceresney, a pair of Debevoise & Plimpton partners, are part of the legal team defending Ripple. So is Michael Kellogg, a founding partner of Kellogg, Hansen, Todd, Figel & Frederick, whose notable clients have included Saudi Arabia’s crown prince.

Debevoise and King & Spalding have collectively handled more than 50% of Ripple’s litigation caseload in US federal courts in the last five years, according to Bloomberg Law data.

Ripple has spent US$810,000 through the first three-quarters of this year on lobbyists, including those from Michael Best & Friedrich and Williams & Jensen, per Senate disclosures.

Garlinghouse, acknowledging the difficulty in forecasting legal proceedings, said he hopes for a resolution in Ripple’s dispute with the SEC by early 2023.

In the meantime, he said, the company is operating as though it has already lost the case by focusing on international markets. About 95% of Ripple’s business is abroad, said Garlinghouse, in places like Brazil, Dubai, Japan, Singapore, Switzerland, and the UK. Ripple recently sought to expand to the European Union by filing for a business license in Ireland.

“People thinking of starting a crypto or blockchain company shouldn’t do it in the US,” Garlinghouse said.

The cross-border collapse of FTX and related implosion of BlockFi have created unwelcome waves for Ripple, which faces off against the SEC in a far different environment than that in which the lawsuit was filed two years ago.

Ripple said in a statement it has no “significant exposure” to the FTX and BlockFi bankruptcies. The company said it doesn’t foresee its business-to-business operations being affected.

Despite industry hopes for a decision that finally ends the uncertainty, the eventual court ruling in the Ripple-SEC case could add more “ambiguity to an already confused and ambiguous space,” said DeWaal, citing the conflicting ways regulators have approached crypto.

Nagy noted that while a “win for the SEC would be a harbinger of more regulatory action,” Ripple “appears to be playing the long game” and is likely to fight the case through appellate courts, if needed.

Ripple is working with legislators and regulators around the world to identify areas of common interest, Alderoty said. He also pledged that the company would remain aggressive in the SEC litigation.

Alderoty has called Hinman’s talk a seminal event that muddied the waters as to how the US classifies digital assets.

The “Hinman documents” remain confidential, but Alderoty has said that he feels more confident about Ripple’s legal arguments after receiving them.

Alderoty in recent weeks has used the insolvencies of FTX and BlockFi to routinely take the SEC to task on Twitter. Ripple’s top lawyer intends to keep up the pressure on Gensler.

“His insistence on elevating the SEC’s quest for power over effective regulation in this country is doing deep financial damage,” Alderoty wrote last month.