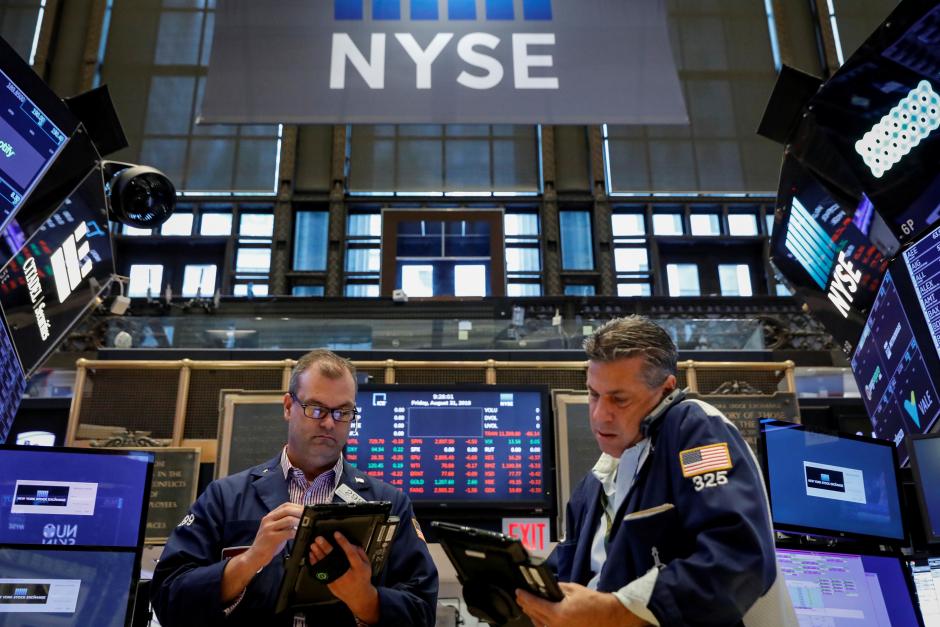 Lawmakers in Britain’s lower house of Parliament voted late in the day to approve legislation designed to prevent Prime Minister Boris Johnson’s government from taking the country out of the European Union without a deal.

U.S. stocks opened higher and continued to rise as the day progressed after data showed activity in China’s services sector expanded at the fastest pace in three months in August, providing a boost to the world’s second-largest economy, which has struggled to reverse a prolonged manufacturing sector slump.

“There’s relief the tensions in Hong Kong have subsided,” said Brian Battle, director of trading at Performance Trust Capital Partners in Chicago. “That follow-through, in the absence of other bad news, is letting the market drift higher.”

Investors fled equities on Tuesday after data showing a contraction in U.S. factory activity in August and after a new round of tariffs from Washington and Beijing went into effect over the weekend.

“Some of the pessimism we started the month off with has eased slightly,” said Chris Zaccarelli, chief investment officer at Independent Advisor Alliance, in Charlotte, North Carolina, citing the combination of factors including the China data, Brexit progress and the Hong Kong news.

“Anything that happens that could possibly derail a hard Brexit is a positive for stocks,” he added.

The president of the New York Federal Reserve Bank, John Williams, said the U.S. economy appeared to be in a good place while saying that he is ready to “act as appropriate” to help avoid a downturn.

The Federal Reserve’s Beige Book released on Wednesday showed that the U.S. economy grew at a modest pace in recent weeks, with manufacturing buffeted by a global slowdown while consumer purchases gave mixed signals. The report is a compendium of anecdotes from companies.

The benchmark U.S. Treasury 10-year yield US10YT=RR rose on the day with the yield curve at its steepest in more than two weeks.

Technology stocks .SPLRCT provided the biggest boost of the S&P’s 11 major sectors with a 1.7% gain. Healthcare .SPXHC was the weakest sector with a 0.01% gain for the day.

Advancing issues outnumbered declining ones on the NYSE by a 4.13-to-1 ratio; on Nasdaq, a 2.09-to-1 ratio favored advancers.

On U.S. exchanges 6.16 billion shares changed hands compared with a 6.91 billion average for the last 20 sessions.