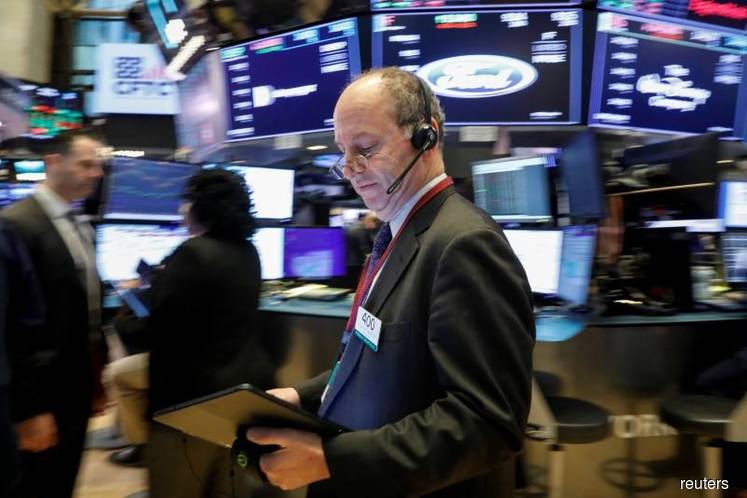 NEW YORK (Jan 13): U.S. stock indexes rose to near all-time high on Monday, on optimism about the imminent signing of a preliminary U.S.-China trade deal as well as the start of the fourth-quarter corporate earnings season.

Google-owner Alphabet Inc rose 0.5% and was set to cross US$1 trillion in market capitalization to join Apple and Microsoft.

An easing of Middle East tensions and signs that the Phase 1 U.S.-China trade agreement, which is expected to be signed in Washington on Wednesday, have encouraged of riskier bets over the last week.

Adding to the positive mood around trade, Bloomberg reported the Trump administration planned to lift its designation of China as a currency manipulator, according to people familiar with the matter.

The other major centerpiece this week will be earnings from the big banks, JPMorgan Chase & Co, Citigroup Inc and Wells Fargo & Co, as they kick off the fourth-quarter reporting season from Tuesday.

"It's one of those days when we're setting up for that shift from macro to micro," said Art Hogan, chief market strategist at National Securities in New York.

"My guess is that it (bank earnings) is going to be more good news than bad news and a lot of that is driven by the kick up in demand across the board whether it's demand from consumers or corporates."

Analysts expect profits at S&P 500 companies to drop 0.6% for a second straight quarterly decline, according to Refinitiv IBES data.

Aerospace companies Hexcel Corp and Woodward Inc rose 8.2% and 3.5% respectively, after the two Boeing suppliers said they would combine in an all-stock merger valued at US$6.43 billion.

Tesla Inc rose 6.3%, after a report said China would not make significant cuts to subsidies for new energy vehicles (NEV) this year.

The S&P index recorded 46 new 52-week highs and one new low, while the Nasdaq recorded 109 new highs and 20 new lows.