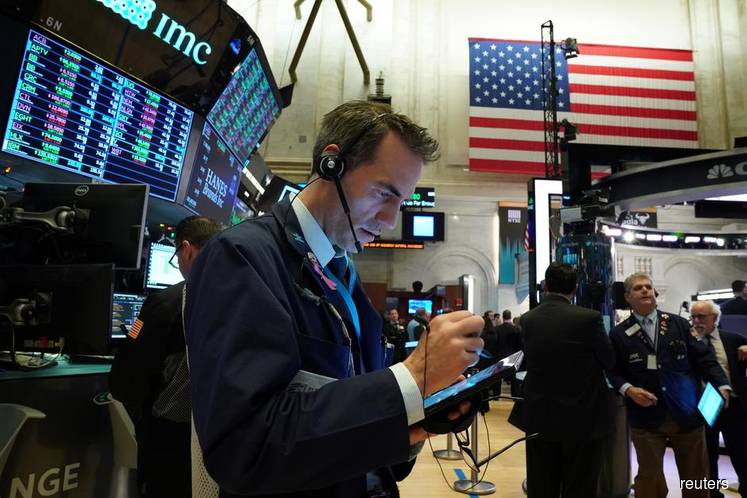 Exxon Mobil Corp and Chevron Corp declined with oil prices, which had rallied in recent days on escalating tensions between Washington and Tehran following the killing of a top Iranian military commander by the United States last week.

"It's a little bit of a step back, take a breath, consolidate a little bit," he said. "But we're going to start to head into earnings, and that's going to be the next catalyst for the market."

Major U.S. companies begin reporting fourth-quarter results next week, with S&P 500 earnings forecast as of Tuesday to have declined 0.6% in the quarter from a year ago, according to IBES data from Refinitiv.

Among gainers, Boeing Co shares climbed 1.1% after it said it was recommending that airline pilots undergo simulator training before they resume flying the 737 MAX, a shift from its previous position that pilots only needed computer-based training on new software following two fatal crashes.

Apache Corp soared 26.8% after it made a major oil discovery, with France's Total SA, off the coast of Suriname.

On the economic front, data showed new orders for U.S.-made goods fell in November, pulled down by steep declines in demand for machinery and transportation equipment.

However, a reading on non-manufacturing sector activity for November came in better than expected.

Declining issues outnumbered advancing ones on the NYSE by a 1.30-to-1 ratio; on Nasdaq, a 1.22-to-1 ratio favored decliners.

Volume on U.S. exchanges was 6.89 billion shares, compared with the 6.94 billion-share average for the full session over the last 20 trading days.