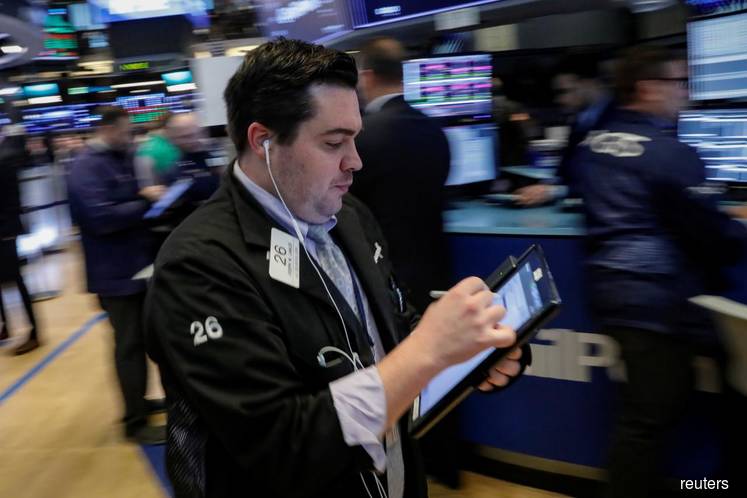 NEW YORK (April 9): U.S. stock markets jumped on Wednesday on hopeful signs about the coronavirus outbreak in the United States was close to a peak, with health insurers getting an additional lift from Bernie Sanders' decision to suspend his presidential campaign.

Stocks opened higher after President Donald Trump said Americans might be getting to the top of the "curve" in relation to the outbreak. New York Governor Andrew Cuomo said the state's efforts at social distancing were working in getting the virus under control in one of the biggest hotspots in the country.

"The key focus of 'peak.' That seems to be on every investor’s mind right now is when will coronavirus cases peak," said Eric Freedman, chief investment officer at U.S. Bank Wealth Management in North Carolina.

"At some point the economic considerations really start to materialize. Plus, what will that transmission mechanism be for the economy, meaning in what phase will the economy be restarted."

After the worst March performance for the S&P 500 in decades, the benchmark index has bounced back by nearly 23% the past two weeks, although its main indicator of future volatility remains historically high.

Stocks gained an additional lift as the healthcare sector gained ground in the wake of Sanders' decision to drop his campaign for the White House. Sanders' embrace of a Medicare for All healthcare policy would have essentially abolished private insurance and had cast a shadow over healthcare stocks for months.

UnitedHealth Group Inc jumped 7.98% in the biggest boost to the Dow, while Anthem climbed 10.25%.

Even with the big gains in recent weeks, in part due to massive fiscal and monetary stimulus measures, the S&P 500 is still down almost 19% from its record high in mid-February, as measures to contain the virus brought the U.S. economy to a virtual halt.

The Federal Reserve on Wednesday released the minutes from last month's two emergency meetings. These showed officials grew increasingly concerned by the swiftness with which the pandemic was harming the U.S. economy and disrupting financial markets, prompting them to take "forceful action."

The energy sector, up 6.74%, was also a bright spot as one of the best performing sectors on the day, as WTI crude settled up more than 6% on hopes of a production cut by OPEC and its allies on Thursday.

Advancing issues outnumbered declining ones on the NYSE by a 6.89-to-1 ratio; on Nasdaq, a 4.87-to-1 ratio favored advancers.

Volume on U.S. exchanges was 11.56 billion shares, compared to the 15.25 billion average for the full session over the last 20 trading days.