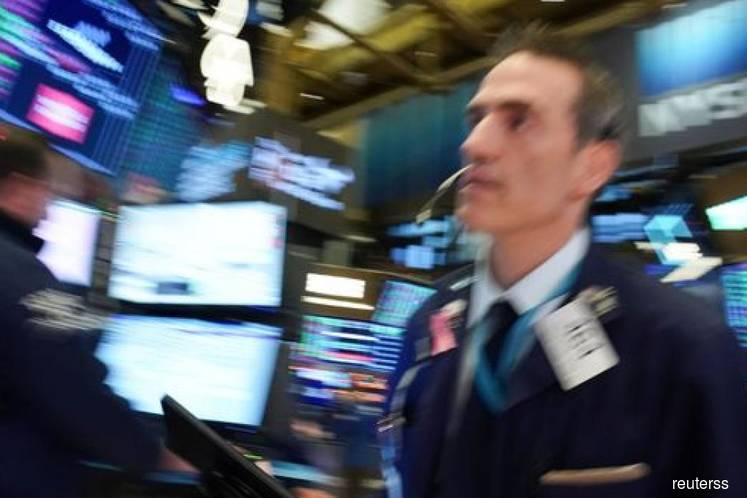 NEW YORK (Jan 7): U.S. stocks ended higher on Monday, rebounding from Friday's losses as investors brushed aside worries about increased tensions in the Middle East and shares of Alphabet and other internet names gained.

The S&P 500 energy index rose along with oil prices after the U.S. air strike that killed Iran's top military commander on Friday, raising the threat of a new conflagration in the Middle East.

Stocks investors remained jittery at the start of trade on Monday but the market gained strength heading into the close. Friday's losses came a day after major indexes notched record highs on the new year's first trading day.

"The geopolitical spark knocked it down from its highs, but in the absence of any additional escalation there, the market will end up shrugging its shoulders and I think that's what you saw today," said Michael Antonelli, market strategist at Robert W. Baird in Milwaukee. "The start of a fresh year and the deployment of fresh capital into the market" helped, he added.

But chipmakers were among the day's biggest decliners, after ranking as star performers in 2019. The Philadelphia semiconductor index, which surged about 60% last year, was down 1.0%.

Boeing Co ended up 0.3%, reversing slight losses earlier. The Wall Street Journal reported that the planemaker was considering plans to raise more debt to bolster its finances after the grounding of its 737 MAX jet.

The S&P 500 communication services index was the top gainer among the major sectors, rising 1.2%.

Advancing issues outnumbered declining ones on the NYSE by a 1.16-to-1 ratio; on Nasdaq, a 1.17-to-1 ratio favored advancers.

Volume on U.S. exchanges was 7.77 billion shares, compared to the 6.93 billion average for the full session over the last 20 trading days.