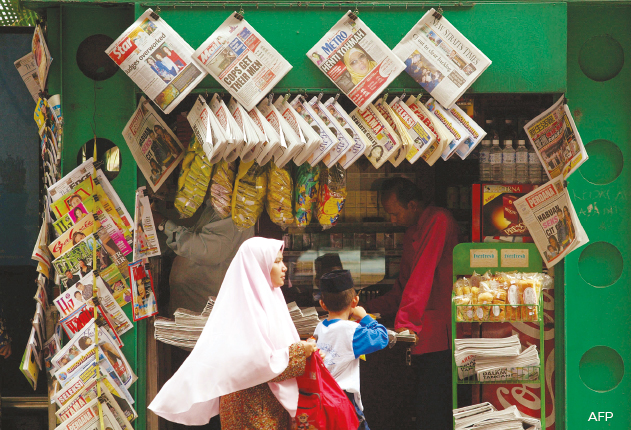 The next stage for the Islamic finance industry is to see how the products and the existing infrastructure can create a positive impact on society and the environment, says Eqhwan.

After focusing on strengthening the foundations of Islamic finance for three decades, local market players are now delving deeper into the centuries-old financial system’s concept of egalitarianism and social justice.

While Islam and social justice are inseparable, in the last three decades, the narrative on Islamic finance has focused on mere compliance and technicalities of products and services, he says.

While that was necessary to cement Malaysia’s commitment and leadership in developing the sector, he says the time is ripe to give equal weight to economic value creation and social justice.

“When Islamic banking and finance took off in Malaysia in the early 1980s, the emphasis was on developing products and services to gain shariah legitimacy. In other words, we made sure that we structured our products in a shariah-compliant manner and that the foundations of shariah banking were set correctly,” Eqhwan explains.

“The focus was on making sure that the policies, processes, products and market awareness were deeply ingrained. I think we have already reached a mature stage and are able to give the conventional banking sector a run for its money.

“The industry has grown rapidly — from a single-digit growth to a double-digit one in a relatively short span of time — although it grew from a smaller base. But the industry has matured and growth has tapered down to just around 10% in the past couple of years.”

“To come up with products that are shariah-compliant was the fundamental phase, because it was imperative to set the foundation. But the next stage is to see how the products and the existing infrastructure can create a positive impact on society and the environment.

“This is to take us back to the intended outcome of shariah,” says Eqhwan, who is one of the panelists at the Global Islamic Finance Forum.

Islamic banks’ asset quality has continued to be resilient, with a healthy gross impaired financing (GIF) ratio of 1.2% as at end-January and an annualised credit-cost ratio of 19 basis points (bps) in 2017, RAM adds.

The Association of Islamic Banking Institutions Malaysia (AIBIM) believes that with the introduction of VBI, Bank Negara Malaysia’s target for the local Islamic banking industry to have 40% market share in total banking assets by 2020 is achievable.

Changing mindsets
VBI, according to Bank Negara, is an intermediation function that aims to deliver the intended outcomes of shariah through practices, conduct and offerings that generate positive and sustainable impact on the economy, community and environment. In other words, it is about going beyond mere compliance towards delivering value propositions.

“Value-based intermediation is the next impetus for the industry because we have to progress from just being a shariah-compliant sector to one that is impactful — that is to say, to embrace shariah in a more holistic manner.

“There are a lot of common features and good things that are not exclusive to Islam. I am of the view that all religions preach things that are good. The distinct feature of VBI is the focus on the real economy and this is in line with shariah principles because it is about minimising speculation and uncertainty to focus on the real economy, which is about the creation of jobs and creating good for mankind and the world we live in.

“There are multiple stages in the development of the industry. The earlier stages were to create legitimacy and awareness. The next stage is about looking at the impact of the industry on the environment, society and the economy.

“By doing that, it is really about changing people’s mindsets — it is imperative to be mindful of the impact on how we do business. This should spur more creativity, so that more innovative products can come into play to create a positive impact,” says Eqhwan.

AmBank Islamic is one of the nine Islamic banks that have committed to adopting the VBI principles in their business strategies to ensure that halal financing is truly participative, inclusive and a real-economy-oriented financial intermediation.

Islamic banking is recognised as a culturally distinct form of ethical investing where, among other things, investments involving alcohol, gambling, weapons of mass destruction, pornography and pork are prohibited.

However, with a VBI strategy in place, Islamic banks are required to apply additional lenses when lending or investing within the ambit of sectors they are allowed to go into, explains Eqhwan.

“There are certain sectors that are strictly prohibited by shariah, which may not be prevalent in keeping to environmental, social and governance factors.

“For example, when we provide credit facilities to the plantation sector, there is no doubt that it is a shariah-complaint industry. But previously, we did not have to consider the impact of clearing forests on the environment or the displacing of natives.”

“The plantation sector is shariah-compliant, but the time has come for us to go beyond that.” Hence, it is now pertinent to conduct due diligence beyond a macro perspective of industries, he points out.

“When such customers apply for credit facilities from Islamic banks, we now have to assess things like whether they have followed environmental regulations and laws. For example, has the business factored in the impact on the environment and the people living on the land?

“This is because it is not good enough anymore to say that the industry or the manner in which we deploy our capital is shariah-compliant. We have to make sure that the outcome of the facilities that we extend does no harm,” he says.

VBI to drive economic growth
AmBank Islamic is part of the AMMB Holdings Bhd (AmBank Group) and is the country’s sixth largest banking group by assets. The bank will be rolling out initiatives focused on two main pillars of VBI —financial inclusion and environmentally and socially responsible financing — over the next couple of years, shares Eqhwan.

“Under financial inclusion, the focus on small and medium enterprises (SMEs) comes into play. We have set up a new division called business banking. There are a number of programmes such as enterprise lending, industrial hire and purchase and business property financing.

“We decided to focus on the SMEs because these businesses are a big part of the domestic economy, accounting for more than 95% of businesses established in the country. More so, SMEs are creators of jobs and, in turn, economic drivers. But it is still a very significant segment that cannot easily obtain financing. So, we are looking at ways to penetrate and improve the provision of funding for this segment,” he says.

To do so, AmBank Islamic has invested in automating its back-end systems to improve the processing time of applications by SMES with annual revenues of below RM50 million to under a week.

The bank has revised its credit policy to ensure that the impact on the environment is a part of its credit evaluation process. One product that falls under this pillar is the AmBank Islamic and International Islamic University of Malaysia (IIUM) credit card. Launched last October, it is the first credit card to be introduced in collaboration with a higher learning institution.

The public and corporates alike can make contributions to the IIUM Endowment Fund by converting accumulated bonus points into cash. “This product does not just provide one with a credit facility but also contributes to social upliftment,” says Eqhwan.

Increasing offerings
Alongside the implementation of VBI, AmBank Islamic has also been working to increase its market share. Since becoming CEO in 2015, Eqhwan has been addressing the gaps that the bank needed to fill in order to be on a par with its peers. “We did a gap analysis on our product offering vis-à-vis the market. We realised that there were some gaps in products like unit trusts and investment accounts, so the priority was to close the gap — at the very least, to put AmBank Islamic on an equal footing with industry players,” Eqhwan says.

“For example, we realised that we didn’t have products like foreign currency accounts and invoice financing and invoice factoring. Then, we also realised that we were actually lagging behind our competitors in using the institutional unit trust adviser (IUTA) licence, which enables us to distribute Islamic unit trust products. This has also been addressed,” he says.

Eqhwan shares that within months of launching the Islamic investment account product, the bank was managing over RM200 million in investments. “The next step is to expand this offering to the retail segment by the end of the year.”

Eqhwan says the bank will then be on an equal footing with its peers when it comes to basic product offerings.

Banks don’t operate in a vacuum
By embracing VBI, Eqhwan says banks will become responsible entities that look beyond profits.

“I take the view that banking should encapsulate [good] values. Typically, when people speak of banking or even investments for that matter, it is just predominantly about making profit and returns for the investors.

“While that is key, it is equally as important to recognise that whatever capital that we deploy, it has an impact on other stakeholders.

“If we give credit facilities to a cluster of industries that harm the environment, that will definitely impact the entire planet. Consequently, that damage will adversely impact economic growth, which will also affect our bottom line, business and growth.

Eqhwan warns that if banks were to take “a myopic view” of their objectives and purpose, it might be beneficial from a profit standpoint in the short and medium terms, but the lackadaisicalness will come back to haunt them in the long term.

“We must be mindful that we don’t live in a vacuum. Whatever we do will impact us — if not now, eventually, tomorrow. At the end of the day, we must remember that the world is round,” he says.