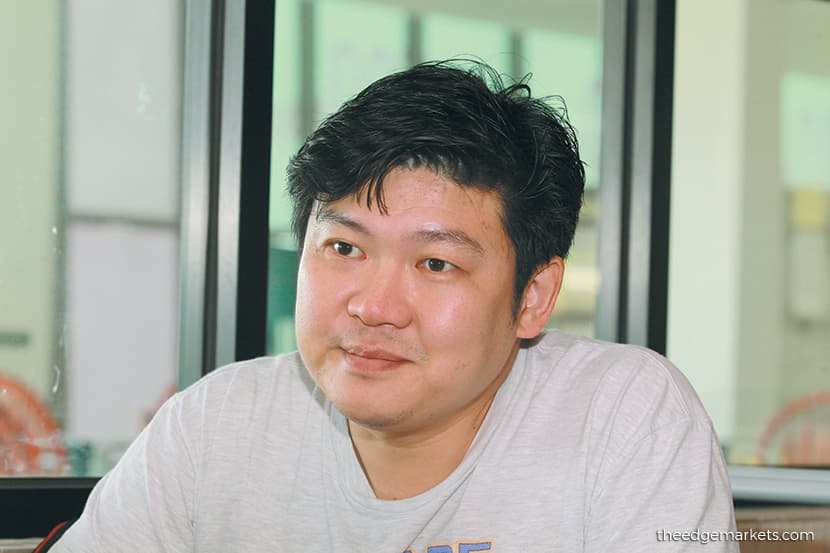 Ting: Not only have regulations tightened, so has enforcement. Haris Hassan/The Edge

“A good example is the US Securities and Exchange Commission’s (SEC) decision to regulate cryptocurrencies under its federal securities laws. As a result, [the providers of] digital tokens that function as securities are required to adhere to the rules and regulations of the SEC,” he adds.

“Failing to do so could prompt the regulator to announce that the projects are illegal and action could be taken against them. It is not hard to imagine that the price of these digital tokens would fall if such an announcement was made.”

Last month, the SEC took its first enforcement action against a cryptocurrency hedge fund when it issued Crypto Asset Management LP and its founder Timothy Enneking a cease and desist order and a fine of US$200,000. The fund was marketed as “the first regulated crypto asset fund in the US” even though it operated as an unregistered investment company.

“Not only have regulations tightened, so has enforcement. Local investors should be aware of this as a number of them have invested in ICO projects overseas. It is a global issue and local investors could be affected,” says Ting, who is also vice-president of the Malaysian Investors’ Association.

The bear market has reduced liquidity and exposed the highly speculative nature of the cryptocurrency market to a wider group of investors, he adds.

As at Oct 19, bitcoin — the dominant cryptocurrency in the market — had fallen 53.82% year to date to US$6,517. Ether, the cryptocurrency with the second largest market capitalisation, fell 72.84% to US$203.01, according to CoinMarketCap. Many digital tokens raised via ICOs (also known as alternative coins) have seen their prices fall by 90% or more.

“Previously, the wealth created by the bitcoin rally flowed into ether and other digital tokens. Everyone was happy when prices were up. But now, the reverse is happening. Money is flowing from the various digital tokens to bitcoin and fiat currencies,” says Ting.

As a result of the plunging prices, some ICO projects have failed and investors and speculators have suffered losses. Ting expects more of this going forward. “Investors should expect to see more failed projects. Some of them may be scams operating in the grey area since the beginning,” he says.

Ting says the bear market exposes the weaknesses of the cryptocurrency industry. Many ICO projects have not been carried out properly and investor money has not been utilised as stipulated in the white paper.

“There are many mismatches when you compare the details laid out in the ICO white papers with the projects’ underlying businesses. It is akin to the project promoter telling you that it is venturing into a café business that requires US$100 million. Then it raises that amount and only invests a few hundred thousand in buying a space and there are no business operations. Nobody knows where the rest of the money has gone. When times are bad, more of these projects will fail fast,” says Ting.

Access Blockchain Association Malaysia’s primary goal is to promote the use of blockchain technology in the country’s public and private sectors.

“They also acknowledge the fact that the industry is not sustainable without rules and regulations to protect investor interest. Yes, you can say that the players are trying to redefine the industry and are calling for more regulations,” he adds.

As a result, the industry now uses the term “security token offering”, or STO, instead of ICO, says Ting. This means that a company issues its securities in the form of digital tokens and adheres to the country’s securities laws. It is the adherence to rules and regulations that separates STOs from ICOs, he points out.

“You can see that ICO project owners [in the US] are starting to approach the SEC and trying their best to adhere to the country’s securities laws before issuing tokens to the public. An example is the Gibraltar Blockchain Exchange (GBX), which has established a listing process for ICO projects to enhance investor protection. More ICO project owners have approached the exchange recently,” says Ting.

STOs have been touted by industry players as a safer way to invest in businesses vis-à-vis ICOs as they are backed by tangible components such as the company’s profit, revenue or assets.

Ting says most of the players who are serious about growing the cryptocurrency industry are talking about STOs and only a few of them still support unregulated ICO projects. “The market is correcting itself,” he adds.

However, a trend reversal could cut off retail investors’ access to ICO projects. That is because traditional securities exchanges deem it as a risky asset class that should only be available to accredited investors. For instance, GBX adheres to the SEC’s definition of accredited investors and only allows those who earn US$200,000 a year or have a net worth of more than US$1 million to trade security tokens listed on the exchange.

While Ting agrees that there should be more rules and regulations for ICO projects, he does not support the idea that such investments should only be open to accredited investors. “I would say a person’s net worth does not reflect his knowledge about cryptocurrencies and ICO projects. This also defeats the purpose of tokenisation, which aims to provide retail investors with access to illiquid investments,” he says.

Tokenisation is underpinned by blockchain technology. It enables the owner of an illiquid asset, such as an expensive property, to convert its value into digital tokens that allow retail investors to own a fraction of the asset, which they would not otherwise be able to afford.

For instance, a RM3 million property could be converted into three million digital tokens. This would enable a retail investor to purchase 3,000 tokens for RM3,000 to get a 0.1% stake in the property.

Ting suggests that the authorities and exchanges come out with a process to assess the knowledge of retail investors on digital tokens, blockchain technology and the different business models offered by STO project owners. “They should be allowed to invest in these tokens if they pass the test,” he says.

Possible trends
The cryptocurrency market may have plunged, but Ting remains confident in the future of STOs. He expects the listing of digital tokens by securities exchanges to be more common when the rules and regulations become clearer.

“You could see securities exchanges around the world setting up their own security token exchanges. This could be a trend worth observing. And when that happens, it will be a new segment for investors to look into,” says Ting.

He also says regulators around the world could begin segregating the function of digital tokens and there could come a time when hybrid tokens are no longer allowed in the market.

A hybrid token could function as a utility token (like tickets at amusement parks) as well as a security token (which offers investors a stake in a business in exchange for capital funding).

“These hybrid tokens that function as utility and security tokens are listed on cryptocurrency exchanges, and they are difficult for the regulators to regulate. However, going forward, hybrid tokens may no longer be allowed,” says Ting.

“If it is a utility token, the price should be fixed using a specific mechanism. There should be no speculation as it is merely used to gain access to certain blockchain services. And if it is a security token, it will be regulated under the country’s securities laws and could be traded on exchanges like stocks. This could be a trend going forward.”