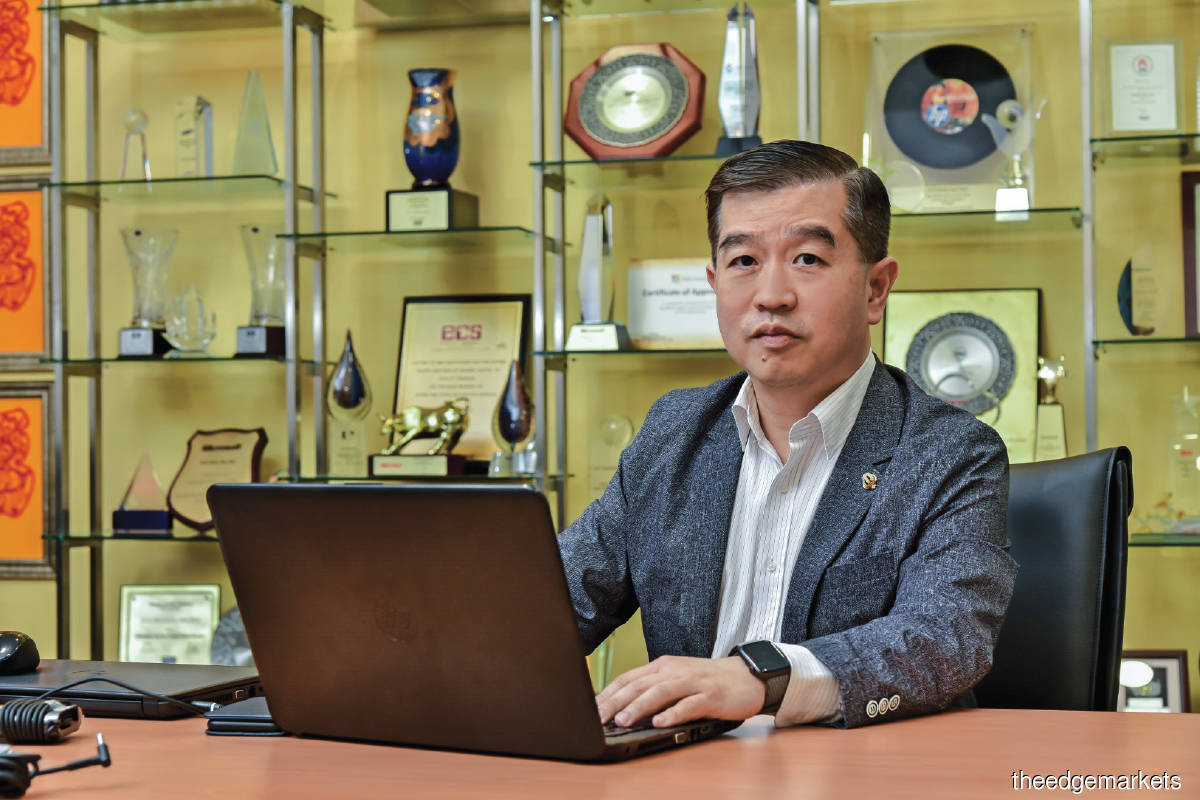 WITH business challenges raised by the Covid-19 pandemic hastening the adoption of digitalisation, Main Market-listed technology firm VSTECS Bhd is looking to revive its cloud business, which has been in hibernation mode for years.

Executive director and CEO Soong Jan Hsung recalls that in 2013, when VSTECS was still known as ECS ICT Bhd, the group was actually the first IBM SmartCloud Solutions distributor in Malaysia. Its initial plan then was to work with the US tech giant to undertake a subsale of the latter’s Infrastructure-as-a-Service (IaaS).

Unfortunately, IBM — one of the pioneers in Asia to offer multi-platform cloud services — did not develop the SmartCloud Solutions’ distributorship after it acquired Dallas-based cloud computing infrastructure firm SoftLayer Technologies Inc, now known as IBM Cloud, to serve as the foundation for its IaaS offering. That was a good seven to eight years ago, a fact that Soong only knows too well.

“You could say we had been hibernating on cloud computing for seven to eight years — until the middle of last year. We started to see many indications that many companies are looking for tools that are available in the cloud such as data analytics and artificial intelligence tools and applications, which could help their businesses in the new normal,” he tells The Edge in a virtual interview.

VSTECS distributes a comprehensive range of information and communications technology (ICT) products for more than 40 principals through a nationwide channel network of more than 4,600 resellers comprising retailers, system integrators (SIs) and corporate dealers. VSTECS’ sturdy financial performance was attributed to strong consumer buying trends, which drove the group’s ICT distribution segment, as well as the ramp-up in digitalisation efforts by businesses, which propelled its enterprise systems division.

Because of the pandemic and various lockdowns, people have been working or studying from home, as well as getting entertainment and staying in touch with friends, through the use of technology and ICT devices.

“In June last year, we immediately saw a surge in demand for all our enterprise products. Companies and business owners finally wanted to get rid of their old baggage and manual processes. They wanted to automate and digitise their processes,” says Soong.

“They also realised that remote working is possible. As a result, there was a rush for IT infrastructure. Technology companies are building more data centres and there is more internet connectivity, wide area networks and software devices.”

Over the years, VSTECS has been supplying products and software to private cloud data centres. But today, it has gone a step further and is offering public cloud services. Soong believes that going forward, every business will embrace the hybrid cloud (public and private cloud) and adopt a multi-cloud strategy. According to Gartner, in the aftermath of the Covid-19 crisis, global end-user spending on public cloud services is expected to exceed US$480 billion next year, a 22% surge over its 2021 projection of US$396 billion.

In preparation for this major trend, VSTECS has invested in cloud business opportunities that will drive public cloud adoption in Malaysia. Soong expects a positive contribution by early next year.

“Frankly, we have invested quite a lot of money and resources to develop our cloud business, which is still loss-making currently. We need time to yield positive results. Hopefully, the cloud business can break even by the second half of next year, or early 2023,” he says.

At the moment, VSTECS’ cloud business is parked under its enterprise systems division. But Soong does not discount the possibility that it can be carved out as a standalone business division in the future, when the group’s cloud business has grown to a certain size.

“For perspective, last year, the market size for public cloud in Malaysia was worth more than US$650 million. There has been a massive spike in cloud adoption during the pandemic. We feel that we are in the right industry, at the right time,” he says.

VSTECS set up a new cloud team last year, recruiting only millennials and so-called cloud evangelists. In the middle of the year, it received a boost when Microsoft Azure and Alibaba Cloud — the leading players in the public cloud market — appointed VSTECS as their official distributor.

Soong says VSTECS will be reselling their products to the SIs, which are the group’s direct clients who, in turn, will sell them to end-users. “In other words, for every dollar that these end-customers spend, VSTECS will earn a percentage of the fee as commission from hyperscalers or public cloud providers. Our strength is that we have about 2,000 SIs working with us.”

However, he acknowledges that most of these enterprise SIs are legacy SIs, not cloud SIs. Therefore, VSTECS would need time to “activate” them to replicate the group’s efforts in serving the end-customers. “Today, I am sure many business owners and local enterprises intend to migrate to cloud, but these traditional SIs may not know how to sell cloud solutions to them. Our cloud business model is not just earning [from] the subscription, but also from the cloud services. We are ready to handhold all our small and medium business partners or enterprise SIs together in this cloud journey by giving them the full-service support that they need,” says Soong.

VSTECS is currently satisfied with its cloud offerings and working with the three hyperscalers and public cloud providers, namely IBM, Microsoft Azure and Alibaba Cloud. The group anticipates having its cloud service provider (CSP) platform and marketplace ready by October so that its partners can do their self-provisioning of cloud services on its CSP portal.

“A few more cloud providers have been knocking on our door too, but we have KIV-ed them. I felt that we needed to build up our cloud business and install a base first,” says Soong.

“We are still relatively new in the cloud industry. Our priority is to establish a strong business model and to do a good job for our current three hyperscaler vendors.”

Today, a cloud try-out may cost as low as RM10,000 per month while traditional on-premise annual licences may cost millions of ringgit, Soong observes. And the beauty of it is that companies can migrate in stages, rather than in a big way.

“Such trends prompt us to work harder on the public cloud space and come out with an actual business plan. To us, the main attractiveness of the cloud comes from hyperscalers such as Amazon Web Services, Microsoft and Alibaba. They have the economies of scale and all the tools wanted by the end-customers. By comparison, the local cloud players only have certain computing power,” he says.

“So, our direction is very clear. We want to partner with the hyperscalers.”

VSTECS is an associate company of VSTECS Holdings (Singapore) Ltd — one of the largest ICT distributors in Asia-Pacific — which in turn is held by Hong Kong-listed VSTECS Holdings Ltd.

In 1986, VSTECS was co-founded by its non-independent, non-executive chairman Foo Sen Chin and the late Datuk Teo Chiang Quan following a management buyout of VSTECS KU Sdn Bhd. The company was listed on Bursa Malaysia in April 2010.

Foo, 73, is a low-profile businessman with more than four decades of experience in the local ICT industry. Teo, who was the group’s first chairman from 2010 to 2015, died on May 24 at the age of 72.

As at Aug 3, VSTECS was 43.12%-owned by VSTECS Holdings (Singapore), 12.38%-owned by Foo and his family, and 8.63%-owned by Dasar Technologies Sdn Bhd. Other prominent shareholders include Melco Holdings Inc, Barclays Capital Securities Ltd and four Kenanga funds.

Over the past 12 months, the share price of VSTECS had gained 43% to close at RM1.29 last Thursday, valuing the company at RM462.47 million. The counter is trading at a historical price-earnings ratio of about 10 times.

A check on AbsolutelyStocks shows that VSTECS’ net cash position stood at RM31.4 million as at June 30. In early August, it completed a one-for-one bonus issue.