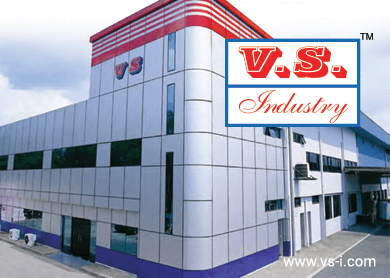 KUALA LUMPUR (June 23): VS Industry Bhd’s net profit jumped almost seven-fold to RM26.52 million or 6 sen per share for the third quarter ended April 30, 2015 (3QFY15) from RM3.82 million or 2.5 sen a share a year ago, on higher sales and a better sales mix from its Malaysian operations.

VS Industry (fundamental: 1.3; valuation: 2)’s revenue was up 12% to RM420.10 million from RM376 million a year ago, according to the company’s filing to Bursa Malaysia today.

It also declared a third interim single-tier dividend of 6 sen per share for the period, which would be paid on July 28 to shareholders, bringing its total dividend for FY15 thus far to 12 sen.

The cumulative 9MFY15 dividend payout of RM26.1 million represents 32.5% of VS Industry’s net profit in 9MFY15 — the company has a dividend policy of distributing at least 40% of group net profit to shareholders.

“Mindful of the challenging global economy, VS Industry performed commendably in 3Q15, largely due to our affiliation with several growth-centric key customers. Our Malaysian operations, in particular, continued to secure higher sales orders and benefitted from a favourable sales mix.

“We remain optimistic of the Group’s prospects in the current year, in light of the positive thrust thus far,” said Gan.

Gan said the strengthening of the American economy through improving consumer sentiment and jobs data bodes well for EMS players such as VS Industry, which is seeking to serve the growing demand for consumer electronics.

“In line with this, we will continue to explore new business opportunities by increasing our customer base to sustain our growth momentum,” he added.

VS Industry closed unchanged at RM4.49, giving it a market capitalisation of RM1.02 billion.