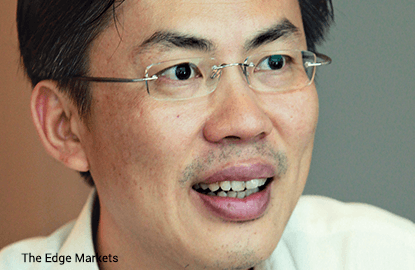 GEORGE TOWN: Vitrox Corp Bhd, the country’s largest solution provider of automated vision inspection systems and equipment, which reported lower net profit and revenue for the financial year ended Dec 31, 2015 (FY15), considered that a blip and expects to reverse the decline this year. 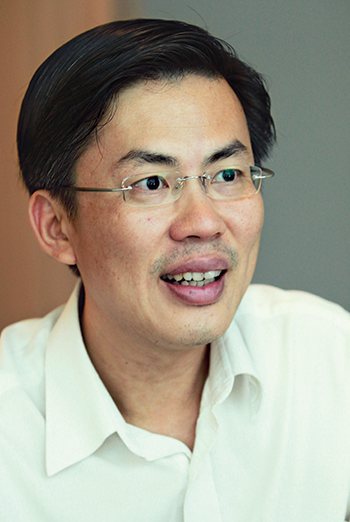 The Penang-based company sees its net profit and revenue growing by double digits in FY16, on the back of executing a healthy order book backlog of RM30 million as at Jan 31, 2016.

“In January alone, we received orders totalling between RM20 million and RM30 million, compared with just RM5 million in January last year (FY15). It (1QFY16 results) will be exceptional,” he told The Edge Financial Daily in an interview.

“We are very busy now. Normally, if the first quarter of the year is good, the subsequent quarter will be strong just like [what we experienced in] FY14. That year, 2QFY14 became our historical quarter,” he said.

Vitrox posted a record quarterly net profit of RM20 million in 2QFY14, tripling from RM6.48 million in 2QFY13. Revenue for 2QFY14 more than doubled to RM65.1 million from RM28.36 million a year ago.

However, the Penang-based technology company’s net profit dropped 10% to RM44.33 million for FY15, compared with RM49.11 million in FY14, mainly due to provision for taxation pending confirmation of the effective date of new pioneer status. Revenue also fell 6% to RM160.29 million from RM169.94 million.

Chu also attributed the decline in FY15 earnings to lower sales orders from China and Taiwan.

Nevertheless, Chu is unperturbed by China’s economic slowdown due to the group’s burgeoning order book since January thanks to an increase in demand from the world’s most populous country that is expanding to developing countries, spurred by the Chinese government’s investment in the semiconductor sector.

He noted that China accounted for 15% of Vitrox’s revenue in FY15, adding that the group is in talks with companies there to set up sales channel partnerships. Another 20% of its revenue came from the US and Mexico.

Chu believes there are ample opportunities in China, due to the government’s support through investment in the automation and robotics sector that has led Chinese companies to carry out mergers and acquisitions (M&As).

“Currently, we have two sales and support service offices in Suzhou and Shenzhen. In China, they (businesses) prefer Chinese ownership, so we are working on that platform (sales channel partnerships) to help us market our research and development (R&D) work or contract manufacturing. However, it is too early to go into the specifics,” he said.

Chu said Vitrox is still on the lookout for M&A deals, as part of its plans to reach a revenue of RM500 million and employ 500 people. Its cash and cash equivalents stood at RM63.99 million as at Dec 31, 2015.

The group had intially planned an internal target called “5-5-5”, under which it aims to be a RM500 million company with a workforce of 500 by the end of 2015. However, it missed the target and now expects to meet it by 2018, with a long-term goal of reaching RM900 million in revenue and an average profit margin of 25% by 2020.

Chu said the group’s profit margin had increased by 8% since 3QFY15, due to the weakening of the ringgit against the US dollar, adding that Vitrox will continue to aim for a 25% profit margin without the forex factor.

“The key thing is to continue expanding our customer base to make us more stable in terms of business and not depend on just a few customers.

“This includes signing up channel partners in different regions, including East Europe and Southeast Asia, to drive an increase in customer base,” he said.

Meanwhile, Chu said Vitrox’s new RM100 million facility in Batu Kawan Industrial Park here, known as Vitrox Campus 2.0, is on track to be operational in the first half of next year, which will see it investing 15% of its revenue in R&D to come up with new products every six months.

“We expect our new facility to come up with 10 new products, which include major enhanced products from our three business segments every year.

“We are not a sunset industy because with machine vision and automation, rising labour cost and complexity of gadgets, demand for automation will continue to increase, not only in semiconductor but other industries,” he said.

The ABI contributes some 60% of the group’s revenue, the MVS another 35%, while the ECS makes up the remaining 5%.