ViTrox on the prowl for M&A 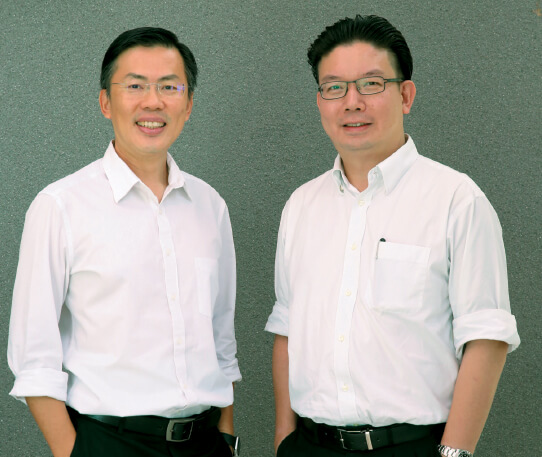 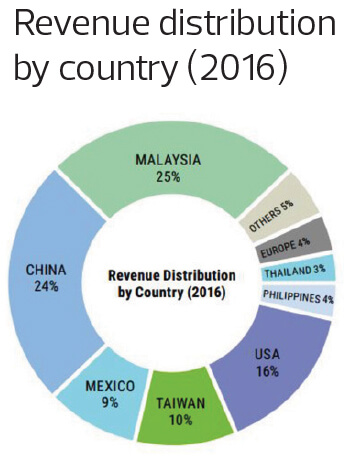 SINCE its inception in 2000, Penang-based automated test equipment (ATE) manufacturer ViTrox Corp Bhd has relied solely on organic growth. This could change in the coming years as the group is on the hunt for mergers and acquisitions in a bid to enhance its earnings prospects.

ViTrox was established with a capital of only RM20,000, operating from the bedroom of co-founder, CEO and president Chu Jenn Weng. Today, the company is one of the leading providers of automated vision inspection systems and equipment for the semiconductor and electronic packaging industries.

In an interview with The Edge, Chu stresses that any acquisition by ViTrox must create synergies and generate additional income for the group.

“We have never undertaken any M&A since day one, but we are on the lookout now. This is one area that we want to pursue. We are looking for potential targets in the related industry that we could achieve synergy with,” he says.

Listed on the Main Market of Bursa Malaysia since 2005 and with a market capitalisation of RM2.98 billion, ViTrox is the second largest semiconductor and semiconductor-related firm in the country after Inari Amertron Bhd, which is valued at RM7.1 billion.

Chu reveals that ViTrox has not set a limit to the number of M&A targets as its priority is to achieve a wider customer base and product portfolio, so that it can provide customers with more value.

“We are actively, but not overly aggressively, looking at M&A. We do not intend to undertake any hostile takeover. They (M&A targets) can be local or overseas, listed abroad or non-listed, customer, supplier, or even competitor.”

Chu says ViTrox, which has RM151 million cash in hand, is able to raise fresh capital at any time when necessary, with various options available, including share issuance and bank facility.

He adds that if an acquisition materialises, the company could soon revisit its target to attain RM500 million in revenue with 500 employees. To recap, ViTrox had hoped to hit the mark in 2015 under its Vision 555 but this was pushed forward to this year.

“If you look at our results last year, we are almost there. We achieved RM327 million in FY2017 (financial year ended Dec 31, 2017), which was very close to our target, considering that we did not have any M&A,” Chu explains.

“For FY2018, ViTrox should be able to achieve RM350 million from organic growth. But whether we will achieve RM500 million — that depends on whether we have M&A. In terms of headcount, we are also on track,” Chu comments.

ViTrox senior vice-president and co-founder Steven Siaw Kok Tong highlights that the group’s revenue and profit are currently at a record high. Besides that, it had recorded 11 quarters of consecutive revenue growth since 1QFY2015.

“I would attribute this to the execution of the long-term strategy defined many years ago, which is now bearing fruit. We have been expanding our customer base since 2007 so that we have a diversified clientele that is not subject to market volatility,” he says.

In fact, the company has about 300 customers from various regions, with a revenue contribution of 25% from Malaysia, 25% from the US and Mexico, 24% from China, 10% from Taiwan and 16% from the rest of the world.

“These two sectors have different cycles. When one is undergoing a downturn, the other could mitigate. Ten years ago, we only relied on the semiconductor sector, which was very cyclical during the personal computer (PC) era. Today, the cycle has been shortened as semiconductor is used in many applications.”

Meanwhile, the SMT industry is less cyclical and relatively stable because the players are involved in not just electronic manufacturing but also mechanical manufacturing.

“As for the local EMS players such as VS Industry Bhd and SKP Resources Bhd, we have not reached them yet. We are still working on it but they are our potential customers,” says Siaw.

It is interesting to note that adjusting for bonus issues, the value of ViTrox’s shares has skyrocketed 54 times since its listing in 2005. It took 12 years for the company to achieve a market capitalisation of RM3 billion.

While such a milestone would be the envy of many listed companies, ViTrox is not resting on its laurels. Chu believes the company should work harder because it is “not the best yet”.

“If you look at Google, Facebook and Alibaba, they spent less time than us to achieve something much bigger than we have. In the Malaysian context, yes, we have done a good job. But even then, the likes of AirAsia Bhd and Inari have done better than us, while their corporate histories are not longer than ours,” he explains.

Chu recalls how he and Siaw started ViTrox in his bedroom, with one PC. Their initial capital was borrowed from friends.

Chu and Siaw used to work at Hewlett Packard in the machine vision group, which was not a core department of HP. They worked on the development of a vision system to help the company improve its manufacturing output.

An opportunity presented itself when an ex-colleague from Ipoh asked if they could supply a vision system to him.

“We said yes! I left HP first while Steven continued to work at HP in the morning, then came to help me at night. We spent six months developing the software and successfully delivered our first machine,” says Chu.

“Our first customer was very happy and it started making repeat orders. We went on to make a profit the second year, so Steven also left HP,” says Chu.

He adds that back then, there were not many options available in the local market, so customers had no choice but to import systems from Japan, Europe and the US at a higher price.

“We see ourselves as a local supplier that can offer more affordable pricing with better service and support.”

They established ViTrox in 2000, and the company has grown from two employees to 481 today.