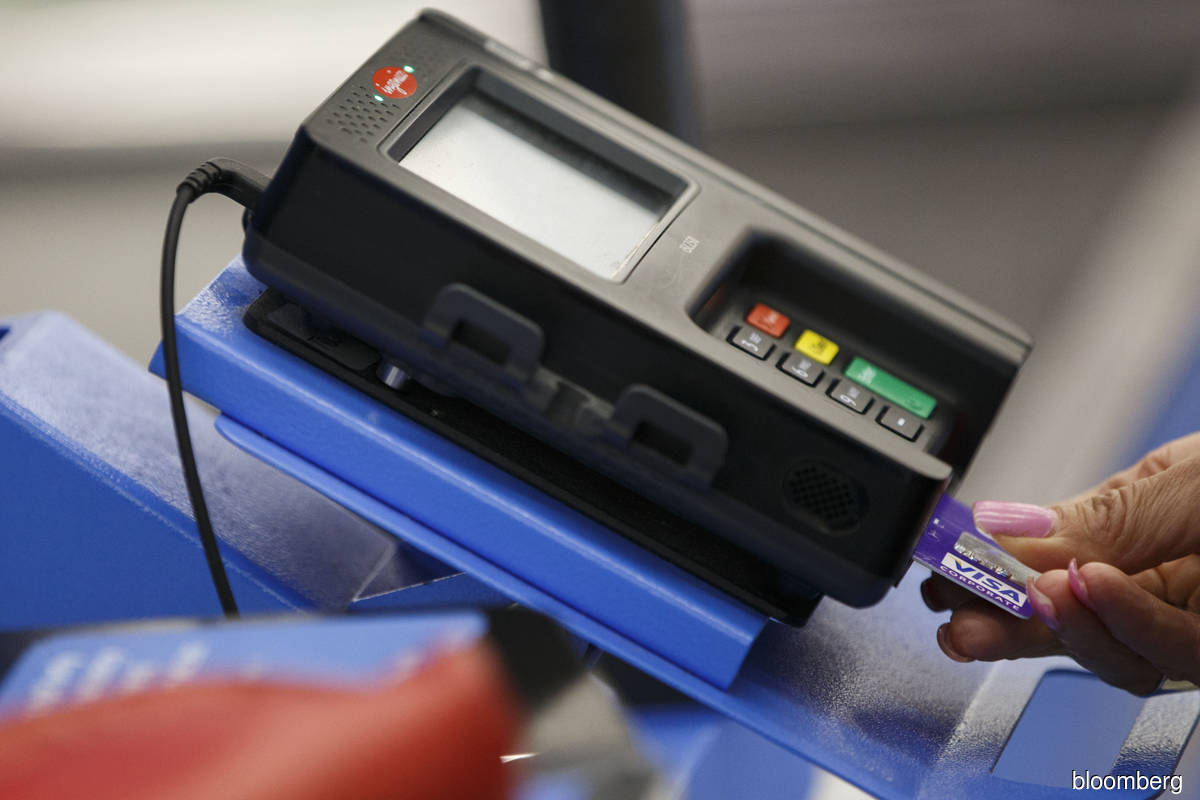 (July 28): Two US senators plan to introduce legislation as early as this week that would give merchants the ability to route Visa Inc. and Mastercard Inc. credit-card transactions over alternative networks.

The legislation -- set to be introduced by Democratic Richard Durbin of Illinois and Republican Roger Marshall of Kansas -- would direct the Federal Reserve to make sure that banks with more than US$100 billion in assets ensure that their credit cards provide a choice of at least two networks that can be used to process electronic credit-card transactions, according to a handout provided by Durbin’s office.

“This would inject real competition into the credit-card market -- opening the door for new market entrants such as current debit-only networks, encouraging innovation and enhanced security, creating backup options if a network crashes, and exerting competitive constraints on Visa and Mastercard’s fee rates,” according to the handout.

A spokesman for Purchase, New York-based Mastercard had no immediate comment, while a representative for San Francisco-based Visa didn’t respond to requests for comment.

With the bill, Durbin and Marshall are taking aim at a key source of revenue for the two companies, which set the fees merchants are charged each time a consumer swipes one of their cards at checkout. Banks collect the bulk of these so-called swipe fees before handing over a slice to the two payments giants.

The move by Durbin and Marshall comes after the two firms introduced a series of changes to swipe fees earlier this year, sparking outcry among retailers who say they’re already dealing with the effects of inflation at a 40-year high.
Fee Changes

Visa, for its part, cut the fees it charges firms with less than US$250,000 in Visa consumer credit-card volume by 10% -- a move that it says applies to the vast majority of U.S. businesses. At the same time, though, the payments company increased the fees it charges for most online spending.

Mastercard, on the other hand, lowered the fees it charges for any transaction under US$5 by about 300 basis points while decreasing the rates it charges hotels, rental-car companies, daycare facilities and casual-dining restaurants. The company also increased its so-called digital-enablement fee, which it charges on all online transactions.

These fees often amount to just pennies per transaction. But, last year alone, merchants paid US$137.8 billion in processing fees, up 24% from 2020, according to the industry publication The Nilson Report.

This isn’t the first time Durbin has taken aim at swipe fees. In 2010, Congress passed the so-called Durbin Amendment, which required banks to put two unaffiliated networks on every debit card they issue. Merchants, then, are supposed to have the ability to choose which network handles transactions.

Banks typically issue debit cards with either Visa or rival Mastercard, but there are also smaller, lesser-known networks with names like Pulse, Shazam and Star. These networks often charge a lower fee, averaging just 25 cents per transaction in 2020, compared with 35 cents for debit spending routed over Visa’s debit networks, according to data compiled by the Federal Reserve.
‘Complete Overhaul’

Lenders rely on swipe fees to offer rewards for credit card users, so banks may have to introduce new annual fees to preserve those perks for customers, said Dan Perlin, an analyst at RBC Capital Markets. And while banks and merchants have long since adjusted their debit systems to comply with the Durbin Amendment, other analysts were quick to note that the same functionality doesn’t currently exist in the world of credit cards.

“Enabling dual network capabilities for credit cards would require a complete overhaul of the existing technology for credit card transaction processing including making networks interoperable, enabling issuer processors to handle alternative network messages, and a complete re-issuance of all credit cards for banks with more than US$100 billion in assets, among other technological and functional challenges,” analysts at Credit Suisse Group AG said in a note to clients.

“It’s highly conceivable and highly likely that a lot of these transactions might end up running over a foreign network,” said Jeff Tassey, chairman of the Electronic Payments Coalition.

Merchants, though, have been adamant that a bill like the one Durbin and Marshall are proposing would allow them to ultimately lower prices for consumers. That would come as US inflation accelerated to a 40-year high in June, a sign that price pressures are becoming entrenched in the economy.

“For the retailers, it means everything,” said Leon Buck, vice president for government relations for banking and financial services at the National Retail Federation. “It would allow us to negotiate a fairer, lesser, more equitable price.”

Take convenience stores, which are known for razor-thin margins. NACS -- a trade group representing the industry -- said swipe fees climbed 26% for the industry in 2021 compared to the year earlier and another 33% in the first quarter alone.

“Our estimate is that having basic competition ought to be about US$11 billion in savings overall,” said Doug Kantor, general counsel for NACS and an executive committee member for the Merchants Payments Coalition trade group. “You ought to see a vast majority of that going to consumers.”