Visa to buy Plaid for US$5.3 billion in bid to reach startups 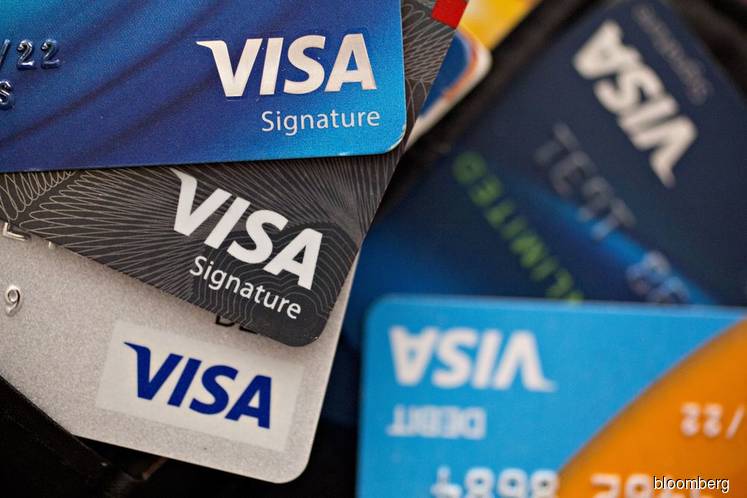 NEW YORK (Jan 14): Visa Inc grew into one of the world’s most valuable financial companies by serving as the pipes that help connect banks and merchants.

Now, it’s making a major bet on doing the same for data between banks and financial startups. Visa agreed to pay $5.3 billion for Plaid, a fintech firm that connects popular apps like Venmo to customers’ data in the established banking system. The deal caps a meteoric rise for Plaid and aims to keep fueling Visa’s own ascent, which has seen its stock triple in the past five years. The sale price is double Plaid’s $2.65 billion valuation in a 2018 funding round.

Plaid’s developer tools help power a range of popular financial apps -- such as Venmo, Coinbase Inc. and Acorns Grow Inc. -- by channeling the banking data they need for their apps and websites. Founded in 2012, the firm now has more than 200 million accounts linked on its platform, according to an investor presentation. That access underscores the demand from consumers to send their data to services that can move funds between accounts or into cryptocurrencies, give advice on personal finances or reimburse a friend after brunch.

About a quarter of people with a U.S. bank account have used Plaid to connect to the roughly 11,000 financial institutions it works with, the companies said. At times, that’s put Plaid at the center of tensions between fintech disruptors and banks, which have expressed concerns about security and sometimes locked the outside parties out.

But the way data is shared probably will change, Visa President Ryan McInerney said in an interview. Visa will work with banking partners including JPMorgan Chase & Co. to ensure fintechs are collecting consumers’ data “appropriately,” he said. “We have deep relationships with most financial institutions and we intend to evolve” Plaid’s data practices, he said. As a benefit, fintechs may get more reliable connectivity.

Plaid has attracted investments from Goldman Sachs Group Inc. and venture capitalist Mary Meeker. Visa and Mastercard Inc. also are investors in the company, Plaid said last year in a blog post. Visa said it expects the takeover to close in the next three to six months with the acquisition adding 80 to 100 basis points to revenue growth in fiscal 2021.

Longer-term, the deal will let Visa play a greater role in the financial industry’s tech-driven evolution, Kelly told analysts on a call. “We see this giving us options and growth potentials at least for the next decade,” he said.

In 2018, Plaid had talks with Jack Dorsey’s Square Inc. about an acquisition that would have valued Plaid at about $1 billion. In early 2019, the firm announced that it was buying one of its competitors, Quovo, in a deal valued at about $200 million.

Both Visa and Mastercard have been seeking to move beyond card payments in recent years to extend their rapid revenue growth. Mastercard bought a payments platform owned by Nets for $3.2 billion last year, using its biggest-ever acquisition to move further into so-called account-to-account payments.

Plaid has struck data-sharing agreements with major banks including JPMorgan and Wells Fargo & Co. over the past few years, seeking to head off battles over whether consumers should give up their bank username and password to share data with financial applications.

Plaid’s takeover by Visa -- seen by some fintech disruptors as part of the more traditional banking industry -- will be watched closely by Silicon Valley for any signs that more consolidation is coming. Monday’s announcement included comments from JPMorgan and PayPal welcoming the merger.