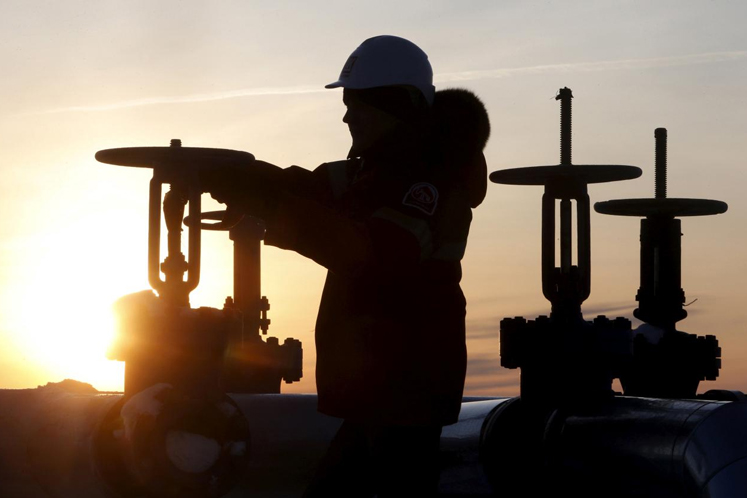 Economies worldwide have ground to a halt as virus containment measures have taken their toll, slashing gas demand for power generation, heating, cooking, vehicles and chemical manufacture. The world's biggest LNG markets -- Japan, China, South Korea and India -- are all seeing a drop in demand.

Asia's spot LNG prices dropped to US$1.85 per million British thermal units (mmBtu) last week, the lowest ever, as cargoes have flooded the market.

"At prices in the US$2/mmBtu range ... some producers are getting close to not recovering cash costs of their operations. We are likely to see some producers start to 'shut in' (production)," said Alex Dewar, senior manager at the centre for energy impact at Boston Consulting Group (BCG).

Even in markets where lockdowns are starting to ease, such as in China and South Korea, containment policies elsewhere are hampering manufacturing exports and dragging on recoveries.

Oil prices that hit two-decade lows in April and are down more than 50% since end-2019 have exacerbated the problem. Asia - which takes 70% of global LNG exports - still buys most of its LNG in long-term contracts linked to oil prices. There is typically a lag of three to six months before the drop in oil prices are felt by buyers and sellers.

Consultancy Rystad Energy still expects global LNG demand to grow nearly 2% this year to 359 million tonnes, compared with a 2019 growth rate of about 13%, although this could change depending on the weather and how fast lockdowns are lifted.

LNG production in the US is at the high end of the typical cost curve at about US$4 per mmBtu, including shipping, according to analysts from consultancy Bernstein.

Gas intake at US LNG plants fell to 8.1 billion cubic feet a day (bcfd) in April, just below total nameplate capacity but down from a high of 8.7 bcfd in February, according to data from Refinitiv. US plants typically take in more than their stated capacities because gas is also used to run the facilities.

"Our customers have made some modifications to their production and cargo loading plans ... in response to current market conditions, but Cameron LNG is not at liberty to discuss those details," said Anya McInnis, spokeswoman at Cameron LNG.

Processors Freeport LNG and Kinder Morgan declined to comment on the operations of their customers, who pay U.S. plant operators to process natural gas into LNG for export.

Those customers -- including units of GAIL (India) Ltd , France's Total, and Japan's Sumitomo Corp and Mitsubishi Corp -- did not immediately respond to requests for comment. Mitsui & Co Ltd said it could not comment on its deals.

Indications are that US LNG exports are falling beyond what is expected from the end of winter, and that demand loss could continue through the summer. Buyers in Asia and Europe have cancelled around 20 cargoes for loading in June.

This week, US natural gas prices topped benchmarks in both Europe and Asia for the first time ever, giving LNG buyers another reason to cancel cargoes.

The largest US LNG processor, Cheniere Energy Inc, said in its first-quarter earnings it has "recently experienced an increase in the number of LNG cargoes for which our customers have notified us they will not take delivery."

Cheniere also said it expects new project investment worldwide to slump this year and next due to a 30% drop in world energy demand.

Australia's coal-seam gas (CSG) projects have some of the highest output costs in the world, although Australia Pacific LNG (APLNG) and Santos Ltd say they have slashed their CSG costs in recent years.

APLNG partner Origin Energy said it sells most of its output in long-term contracts, with a small percentage going via pipeline to Australia's east coast or to Asia as spot LNG.

The joint venture - owned by ConocoPhillips, Sinopec and Origin - is considering whether to trim spot volumes. This would entail cutting output from the CSG wells, not shutting down a train at APLNG.

"We're talking about what would be the economics of running less volumes and the cost of that ... if there are extremely low spot prices," Origin Energy Chief Executive Frank Calabria told Reuters in an interview on May 1.

Woodside Petroleum Ltd, Australia's top independent LNG producer, said it is difficult to cut LNG volumes because long-term contracts, which make up 80% or more of a plant's output, are set for loading and delivery on an annual basis.

Still, Santos, which operates the Gladstone LNG plant, and Origin Energy at APLNG said in their quarterly reports last month that customers had opted to take lower volumes this year, as allowed in their contracts through "downward quantity tolerances".

Malaysia's Petronas has also curtailed some LNG production, two industry sources said, while Royal Dutch Shell's Prelude floating LNG facility shut its production in February after an electrical trip and appears in no hurry to start it back up.