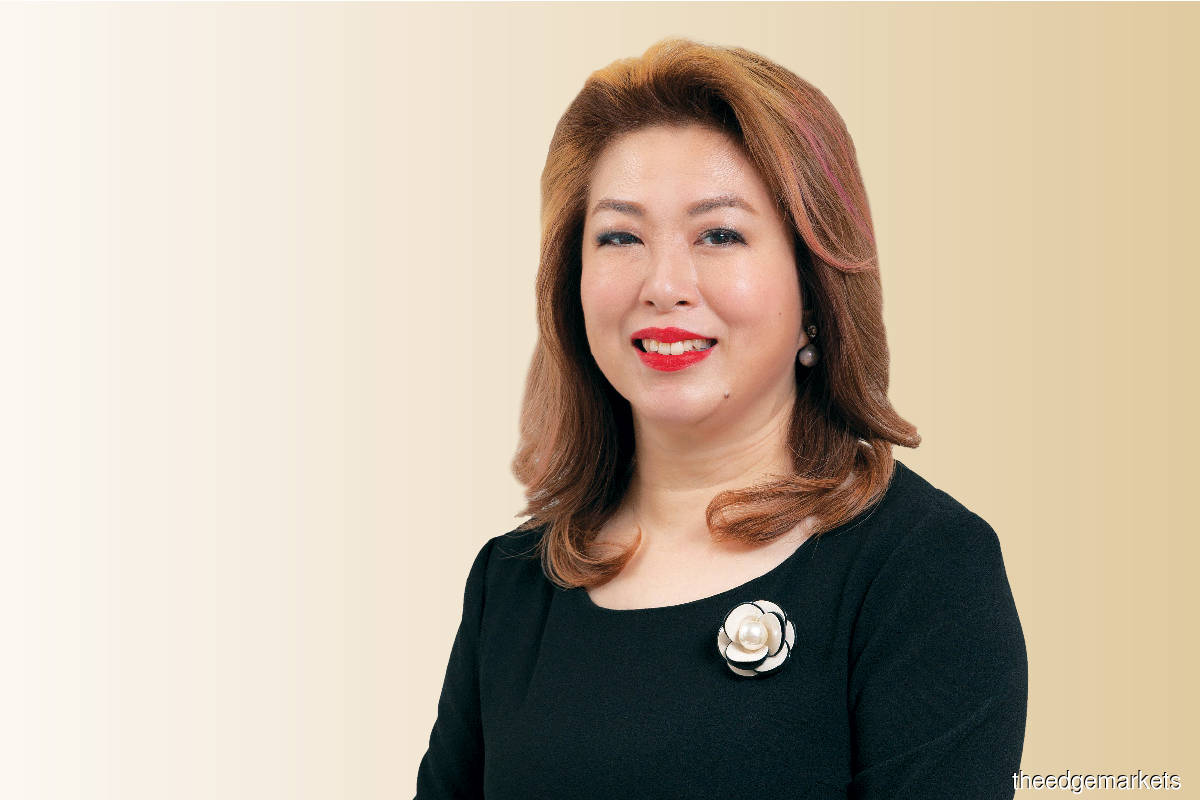 Gan: The idea is to address the fear that customers have of leaving their credit card footprint on various channels when they shop online

VIRTUAL credit cards (VCCs) are seen as an emerging trend in Malaysia, with a growing number of card issuers, like banks, looking to tap consumer demand for more secure payment options for online purchases, say industry experts and players.

Two weeks ago, Alliance Bank Malaysia Bhd announced that it had launched the country’s first VCC for individuals, offered through a lifestyle app.

Elsewhere in the world, banking giants including Citi and HSBC have issued VCCs and, increasingly, so have standalone digital banks such as Hong Kong-based MOX and UK-based Revolut.

There are many types of VCCs but in general, they involve a consumer using a randomly generated temporary number that can be used to make online purchases, which helps reduce the risk of credit card and identity theft.

The security features of a VCC were what led Alliance Bank to push out its first product, says its group chief consumer banking officer Gan Pai Li. For now, those with the Alliance Visa Platinum VCC can only make JomPAY and QR code payments and access cash advance services via the MCash mobile app.

However, the features of the VCC will soon be enhanced, even as the bank ropes in more partners, to allow e-commerce transactions, streaming and subscription services.

“In our launches to come — because we’re rolling out new features and new capabilities every few months — you’ll see that we have come up with new ways of ‘tokenisation’, or dynamic card numbers. The idea is to address the fear that customers have of leaving their credit card footprint on various channels when they shop online,” Gan tells The Edge in an interview.

“We try to place ourselves out there as the [go-to] credit card for e-commerce usage, and often get this feedback from customers — that they are very concerned that their credit card details are exposed to third parties. So, the tokenisation feature, where you don’t need to leave your credit card number, is something we’ll be coming up with later this year.”

In the case of Alliance Bank, each consumer can decide on a dedicated security number to be used for a particular transaction, says Gan, explaining how the tokenisation feature works.

Hence, one person could end up having more than one VCC, says Gan. Unlike normal credit cards, there is no annual fee for VCCs.

With online transactions, especially in the e-commerce space, becoming mainstream since Covid-19 hit two years ago, consumers are increasingly open to virtual payment instruments such as VCCs.

“I think there will be an uptick in the popularity of virtual payment instruments. This also gels with the changing behaviour of consumers, especially the younger generation, who actually prefer to transact using virtual instruments, be it a VCC or mobile wallet,” says Clarence Chan, director of digital trust and cybersecurity at PwC Malaysia.

He agrees that the main attraction of the VCC is indeed its security features. “But having said that, this is also subject to three things — one, your card number cannot be stored on your mobile device as there is the possibility of a leak if your device is stolen or not secure; two, the app [on which the VCC runs] needs to be secure; and three, if there are third-party players involved in making this payment instrument work, the issuing bank has the responsibility of providing oversight to make sure the third parties are secure and safeguarding the customer data. These three broad things will be key to ensuring that fraudsters don’t have a chance to act,” he says.

Chan holds the view that banks have more of an advantage in issuing VCCs, as opposed to, say, mobile wallets as they are able to tap their existing ecosystem of merchants and customers to expand their range of services.

In Alliance Bank’s case, apart from MCash, it currently has KK Mart and insurer Zurich as partners within its ecosystem.

VCCs, or digital issued cards, have all the benefits of a physical card but with the added benefit of the consumer being able to utilise the card instantly on approval, says Ng Kong Boon, country manager for Visa Malaysia.

“The digital card details will be securely available on the bank’s mobile banking platform and can be used for online transactions and be provisioned on NFC (near field communication) wallets and digital e-wallets,” he tells The Edge in response to emailed questions.

Asked whether he sees VCCs becoming a trend in Malaysia, Ng says, “We believe there are opportunities for digitally issued card products for today’s consumers across the world, not just in Malaysia. Accelerated by the pandemic, consumers are becoming more technologically savvy and they are moving away from using cash and no longer rely on a single physical payment form factor to make digital payments.

“When it comes to physical cards, they are not going away overnight, but we’ll increasingly see consumers opting to pay with a connected device such as an e-wallet or QR Pay. Examples include digital cards that can live in your mobile wallets on your phone in a similar way to your plastic card in your physical wallet. And we want people to add their Visa cards to those mobile wallets.”

As embedded commerce becomes more common, there will be more use of virtual cards, he says. “Another trend we’re seeing is Buy-Now-Pay-Later fintech increasingly using Visa virtual cards to settle with merchants.”

Nearly seven in 10 (69%) Malaysian consumers are interested in using VCCs for their daily purchases and financial transactions, based on Visa’s consumer payment attitudes study conducted last September across seven Asean countries. The total sample size was 6,520, including 1,000 consumers in Malaysia, aged 18 to 65, with a minimum income of RM2,000.

“Awareness of and interest in virtual cards have slightly increased over the past year, with the majority interested in using them if they become available. Gen Y and Gen Z are the age groups most aware of and interested [in them],” says Ng.