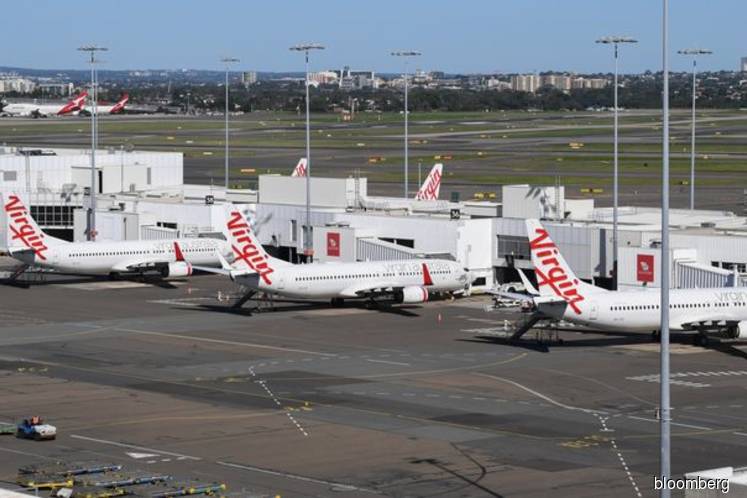 (April 21): Virgin Australia Holdings Ltd. became the nation’s biggest corporate casualty of the coronavirus, calling in administrators after the outbreak deprived the debt-burdened airline of almost all income.

Deloitte will take control of the company, the Brisbane-based airline said in a statement Tuesday. The administrators will be tasked with finding new investors to inject capital, reorganizing borrowings or getting a buyer in an attempt to save the business.

“We have commenced a process of seeking interest from parties for participation in the recapitalization of the business and its future, and there have been several expressions of interest so far,” said Vaughan Strawbridge, who is one of the four administrators at Deloitte.

Virgin Australia joins FlyBe -- the U.K.’s biggest domestic airline before it collapsed last month -- among the industry’s first corporate casualties of the virus. Airlines have been pummeled by domestic and international travel bans that forced them to seek government aid. Virgin Australia had already furloughed 80% of its 10,000-strong workforce.

The fate of Virgin Australia, which had more than A$5 billion ($3.2 billion) in debt as of the end of 2019, hung in the balance after it stopped virtually all services because of the virus and its request for state help failed. The company had asked the government for a A$1.4 billion loan, convertible into equity, to see it through the crisis.

The airline’s Velocity Frequent Flyer program is a separate company and is not in administration, according to the statement Tuesday.

A voluntary administrator is usually appointed by directors after they decide the company is insolvent or nearing insolvency. Virgin Australia had about A$1.1 billion in cash at the end of 2019. The airline is dominated by Qantas Airways Ltd. in essentially a two-player market in Australia and hasn’t made an annual profit for seven years.

Virgin Australia’s fight for survival triggered an ugly feud with its larger domestic rival. Qantas argued Virgin shouldn’t be rewarded with a bailout, while Virgin accused Qantas of spreading false rumors about its ebbing cash position -- allegations denied by Qantas.

Globally, airlines may lose out on $314 billion in ticket sales this year because of the virus, according to the International Air Transport Association.

While governments in the U.S. and across Europe have stepped in with support, or said they intend to, the Australian government baulked at potentially owning a stake in a money-losing domestic airline. Ministers repeatedly said their goal is to have two competing airlines in Australia, though stopped short of singling out Virgin Australia for any special help.

Almost entirely owned by foreign airlines, Virgin Australia is a unique experiment in global aviation. Singapore Airlines Ltd., Etihad Airways PJSC, HNA Group Co. and Nanshan Group Co. each own about 20% of the company. The Australian government said Virgin Australia’s shareholders should be their first source of financial aid.

Virgin Australia’s stock was suspended earlier this month while restructuring talks continued. The shares last traded at less than 9 Australian cents apiece on April 4, valuing the company at A$726 million.