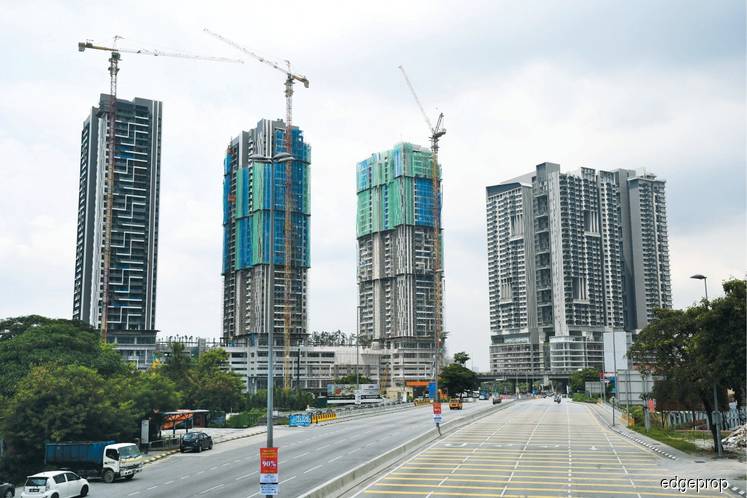 THE grande dame of Malaysian roads — Old Klang Road or Jalan Klang Lama — has maintained its vitality, not just as an arterial road in Kuala Lumpur city but also as a property hotspot.

The estimated 11km thoroughfare is one of the oldest in the Klang Valley, linking Kuala Lumpur to Port Klang. In fact, it has existed even before the Federal Highway.

As a long-standing mature suburb, the Old Klang Road area has in recent years resurfaced as a magnet for new high-rise residential property projects. The area is currently experiencing a development spurt, albeit vertically, to counter the narrowing availability of land in the vicinity.

The reason for its popularity is its prime and strategic location between KL and Petaling Jaya, providing great accessibility for residents, says One Sunterra Properties Sdn Bhd executive director Lydia Mun.

“Even though the houses here are mainly made up of high rises and landed units aged more than 20 years, the freehold land tenure at a prime location with relatively reasonable house prices has placed Old Klang Road among the most established property hotspots in the Klang Valley,” offers Mun.

Interest from property investors, homebuyers and property developers surged with the development of Bandar Malaysia and the announcement of the proposed KL-Singapore High-Speed Rail, which is located within a stone’s throw to the northern part of Old Klang Road, she says.

“The construction of the MRT (Mass Rapid Transit) 2 has also helped to spur demand for housing here,” she tells EdgeProp.my. The 52km MRT 2 Sungai Buloh-Serdang-Putrajaya Line will consist of 37 stations. It is expected to complete in 2022 with Bandar Malaysia and Kuchai Lama stations located nearest to Old Klang Road.

Not only that, it is also close to Mid Valley City and upcoming mega malls at the south of Old Klang Road such as Pavilion Bukit Jalil and Paradigm Garden City at Taman OUG. These are also pull factors for investors and homebuyers, Mun adds.

Added to that is the fact that the busy thoroughfare, which was once notorious for its traffic congestion, has seen improved traffic flow with the widening of the road to a six-lane carriageway, notes Nawawi Tie Leung Real Estate Consultants Sdn Bhd managing director Eddy Wong.

“Prices [of homes in Old Klang Road] are also reasonable and it is well served with amenities in the neighbourhood, with Mid Valley Megamall located close by,” he says.

According to Eddy, the prices of secondary non-landed homes along Old Klang Road range from RM400 to RM500 psf.

“New developments are being launched between RM600 to RM800 psf depending on concept, amenities and location, to as high as RM1,000 psf at VERVE Suites KL South,” he says.

“There are several ongoing developments in the Old Klang Road area currently. The existing road infrastructure would not be able to accommodate the higher traffic volume in future when these new projects are completed and occupied [despite the widening of the road].

“Hence, the traffic condition at Old Klang Road is likely to get worse. However, we hope the completion of the MRT 2 will help ease the traffic problem here,” she says.

Indeed, long-time resident in the area and real estate negotiator at Allhomes Properties Sdn Bhd (formerly known as 1TPE Realty Sdn Bhd) Shimry Wong shares that traffic congestion is rearing its head again in the area and is rapidly getting worse.

“Also, say you’re coming from Mid Valley City to VERVE Suites KL South, you’ll need to do a big U-turn in front of the Jalan Gembira junction in order to get to the opposite side.

“But people still flock to live in Old Klang Road because of its accessibility and central location,” she notes.

Shimry also recalls that it was the opening of Mid Valley Megamall in late-1999 that revived Old Klang Road as that was when people started to look into buying a property and living in the area.

“That was when the amenities started to flourish, and that made living in Old Klang Road much more desirable,” she adds.

Based on EdgeProp.my’s data, between 2012 and 2016, the average transacted price psf for non-landed homes in Old Klang Road has seen a compound annual growth rate of 14%.

The highest average transacted price recorded was RM493 psf in 4Q13 when 169 transactions were recorded.

One end of Old Klang Road links to the New Pantai Expressway and Petaling Jaya, while the other end leads up to Jalan Syed Putra and beyond.

Nawawi Tie Leung’s Eddy shares that its direct link to mature neighbourhoods of Kuchai Lama and Taman Desa also offers many alternative routes in and out of the area.

While the more favoured end seems to be the one leading to KL city centre, Eddy believes that eventually both ends of the road will be fully developed.

“What is most appealing is its central location and its connectivity, plus the facilities and amenities in the neighbourhood,” he adds.

However, despite the mushrooming of new developments along the crowded Old Klang Road, Eddy thinks there is still good potential for price growth in the area.

On the other hand, Mun expects prices of non-landed homes in Old Klang Road to remain stable in the next two to three years due to the current lacklustre economic and property market climate as well as the impending supply of new condominiums in the area.

Meanwhile, Shimry says there are still pockets of land for development and redevelopment along Old Klang Road. Hence, she foresees more high-rise developments coming up there in the future.

According to Shimry, the new launches along Old Klang Road will still be “well received” by homebuyers, especially first-time homebuyers who are looking to stay near to the city centre.

“It’s about the location. People still want to move to this area as it is a mature township with a wide array of amenities and facilities,” she says.