Vietnam gets reprieve, Thailand on guard after U.S. Treasury report 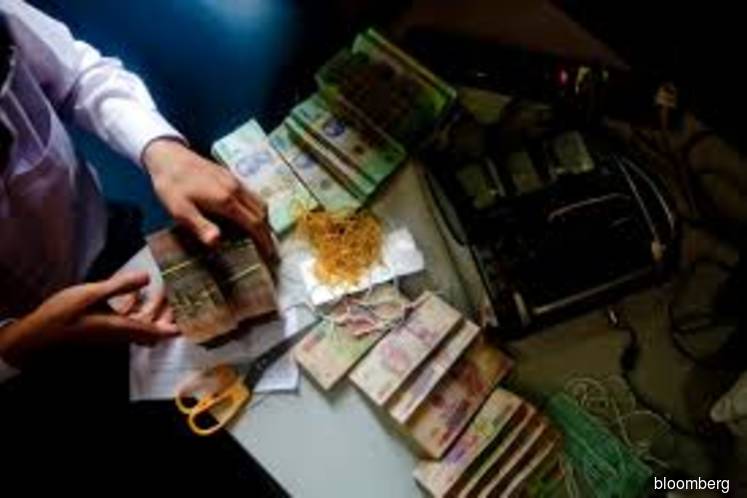 In its semi-annual report released Monday in Washington, the Treasury cited 10 countries that are possibly using their exchange rates to gain an export advantage over the U.S. Three of them — Singapore, Malaysia, and Vietnam — were from Southeast Asia and retained on the list from May 2019, as expected.

Thailand, which was at risk of being added to the monitoring list, was left off.

Economies that meet two of three criteria listed below are added to the monitoring list:

A 12-month goods trade surplus with the U.S. of at least US$20 billion
A current-account surplus of at least 2% of gross domestic product
Persistent, one-sided intervention in the currency equivalent to 2% of GDP in six months of a year
By rule, the Treasury retains countries on the monitoring list for at least two consecutive reports when they are first cited, hence it kept Singapore, Malaysia and Vietnam on the list.

The Treasury found that Vietnam had violated only one of the three criteria in the latest report, down from two in May.

Thailand’s goods trade surplus with the U.S. soared past the critical US$20 billion mark in the 12 months through November, according to U.S. Census Bureau data, while its current account surplus exceeds 2% of GDP.

The Bank of Thailand has also been intervening in the currency market to curb the baht, after it gained almost 9% against the dollar last year, the most in Asia. Governor Veerathai Santiprabhob said in an interview last week that its actions aren’t aimed at gaining an export advantage over trading partners.

Deputy Governor Mathee Supapongse told reporters in Bangkok on Tuesday that authorities won’t be “complacent” after avoiding the Treasury watchlist, and “will continue to closely watch out and manage the currency.”

Asked on Tuesday for comment on Singapore’s status in the latest report, the Monetary Authority of Singapore referred to remarks by Managing Director Ravi Menon in a June press conference. Menon had cited “active dialog with the U.S. Treasury to ensure that our monetary policy framework and the role of foreign exchange intervention operations are well understood.”

Here’s how each of the major Southeast Asian economies fare in the U.S. Treasury currency report, which is mainly based on data through June 2019:

Indonesia and the Philippines: No mention at all in report

Thailand: Not named on watchlist, though Treasury said it’s close to triggering key thresholds. It met one of the Treasury’s criteria, with a current-account surplus estimated at 5.3% of GDP

Singapore: Exceeded two of the three thresholds, with a current account surplus estimated at 17.9% of GDP and net foreign-exchange purchases of 9% of GDP. Treasury remains concerned about high savings rates, while also acknowledging the central bank uses the foreign exchange rate rather than interest rates as key policy tool

Malaysia: Exceeded two of the three thresholds, with a bilateral goods surplus of US$26 billion and a current account surplus of 3% of GDP

Vietnam: Exceeded one of three thresholds, with a bilateral goods surplus of US$47 billion, the sixth-highest among the U.S.’s major trading partners. Vietnam’s current account surplus weakened to below 2% of GDP