On the verge of a financial crisis? (Part 2) Recent events in the financial world could be early warning signs of a global crisis. But investors who are prepared for it can grab the opportunities that arise. Author Tariq Alrifai discusses some of them with Personal Wealth. 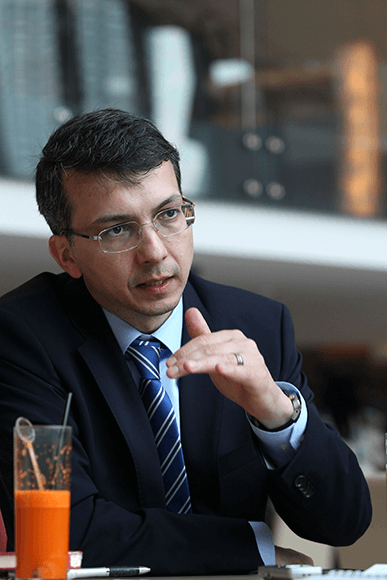 THE problems currently faced by the global economy are in part due to the problems that caused the 2008 global financial crisis. According to the Financial Crisis Inquiry Report, the four main problems of the 2008 crisis were easy credit and subprime borrowers, too-big-to-fail banks taking on too much risk, too much debt in the system and complex derivatives that grew out of control.

Tariq was working in the investment space in Chicago but missed all the signs leading up to the 2008 financial crisis that the world has not fully recovered from. “My first thought was: if I was working in finance my entire career and in the US [at the time] and yet had no idea a crisis coming, most people wouldn’t have known either.”

When doing research for his book, his maiden literary venture, he found that the signs were clear. “There were warning signs. We just chose not to look at them as warning signs,” he says.

All this should have sounded the alarm bells, but it didn’t until Lehman Brothers announced the collapse of its business due to unprecedented losses in the subprime crisis. It filed for bankruptcy protection on Sept 15, 2008.

“It didn’t hit people until Lehman Brothers collapsed,” Tariq says, shaking his head. But that became an eye-opener for him. “I went back and started looking at other financial crises.”

Seven years on, people in his industry are telling him that another financial crisis will not happen again so soon. They believe things will be back on track. But after doing extensive research, Tariq is convinced that things are still not back on track.

“Since the beginning our current financial system, which I define as starting in 1971 when the US went off the gold standard, we have had a major financial crisis that affected a region or the world every seven years,” he says.

Nevertheless, there is a silver lining if and when a crisis hits. Once the storm passes, there will be clear skies and renewed hope. Tariq says if there is another crisis, central banks will be forced to come up with realistic solutions and see what is wrong with debt.

“I do believe that a major financial crisis, like the one in 2008 or worse, will devastate the banking industry globally. It will then re-emerge as a new and unrecognisable industry from the one we know today.

“The risky nature of banks today will force regulators and governments to take drastic steps to remove that risky nature — much like what we saw after the Great Depression when the Glass-Steagall Act was enacted, prohibiting banks from owning insurance companies and investment banks [that is, using their balance sheets for their own benefit]. I believe this separation of retail/commercial banks and investment banks will happen again.”

If that happens, regulators could go a step further by revisiting the fractional-reserve banking system that is currently in place. “To ensure depositors’ money is safe, they could go as far as to require 100% reserves, meaning a bank cannot lend out more than the deposits it holds. This would be a drastic change from today,” Tariq says.

“This will affect conventional and Islamic banks alike. This will only work if our money system is not based on debt as it is today.”

This article first appeared in Personal Wealth, The Edge Malaysia Weekly, on June 8 - 14, 2015.