VBI to take Islamic finance to next level of growth 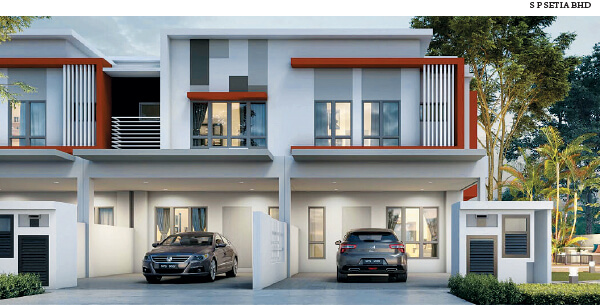 MALAYSIA is counting on a new approach — value-based intermediation (VBI) — to take its Islamic finance industry to the next level of growth, which should result in some interesting new products, such as rent-to-own (RTO) home schemes, coming from Islamic banks.

RTO is an alternative method of home financing based on the Islamic concept of ijarah (lease), which lets the consumer rent a property with the option of purchasing it at a later period. It is expected to make a difference to those looking to own a home but find affordability an issue — a dilemma faced by many Malaysians today.

For now, the product is limited to the bank’s employees but should become available to the public early next year. All properties available under the scheme are listed on the portal, maybank2own.com, from which customers can choose and make an online application.

The bank is aiming for a portfolio size of RM1 billion within the first year.

“It (the scheme) will assist customers who have difficulties in securing homeownership due to the high initial cost. It offers the transparency they need and the certainty of their monthly rental commitments throughout the chosen tenure.

“It will also give them the opportunity to earn capital appreciation on their property via the cash-out option and, best of all, the option to purchase the property at a later stage but at a pre-determined price,” Malayan Banking Bhd (Maybank) president and CEO Datuk Abdul Farid Alias said at the launch. Maybank Islamic is wholly owned by Maybank.

HouzKEY is aimed at those with a monthly household income of at least RM5,000. Customers will be subject to a flat rent for the first five years, after which they can either purchase the property at a locked-in rate, continue to rent with a 2% annual rental step-up or terminate the agreement with no further obligations.

According to industry players, this is just the beginning of more RTO schemes to come as several other Islamic banks, including Bank Islam Malaysia Bhd, are expected to launch their own versions in the coming months.

To encourage such schemes, the government will grant a 100% stamp duty exemption on the sale and purchase agreement to successful applicants.

This should be good news for consumers, especially since there has been a growing call for banks and property developers to help come up with solutions to let more Malaysians own homes amid complaints of tighter lending practices and unaffordable properties.

This — meeting the needs of the consumer as much as possible — is precisely what VBI is about, bankers say. RTO is probably the first major product offering to come out of the VBI approach that the Islamic banking industry is going for.

In a strategy paper issued in July that was jointly developed by Bank Negara Malaysia and Islamic banking players, VBI is defined as an intermediation function that “aims to deliver the intended outcomes of shariah through practices, conduct and offerings that generate positive and sustainable impact on the economy, community and environment without compromising the financial returns to shareholders”.

It is pointed out in the paper that the market share of Islamic banks in Malaysia quadrupled from 7.1% in 2010 to 28% last year. However, the decline in its annual growth rate from a double digit in 2011 (24.2%) to 8.2% in 2016 indicates that the industry needs to explore new opportunities for sustained growth.

“While we have come a long way, now we need to think of ‘what’s next?’ From Bank Negara’s perspective, we believe the way forward to propel the Islamic finance industry to the next level of growth — if I may, a game changer — should give equal weight to both economic value creation and upholding ethical values. That is why we have embarked on VBI,” Bank Negara deputy governor Abdul Rasheed Ghaffour said at a VBI dialogue with the industry in August.

VBI is certainly not a new concept as it shares similarities with other well-established concepts, such as ethical finance, ESG (environmental, social and corporate governance) and SRI (sustainable, responsible, impact investing).

The key difference between VBI and these other concepts is that the former relies on shariah in determining its underlying values, moral compass and priorities.

While Islamic banks are expected to drive the VBI initiative, Bank Negara says it is also relevant to conventional banks. But the central bank says it is up to these institutions to decide if they want to get onto that path.

There will be a first-mover advantage for those that embark on VBI early, said Hamim Syahrum Ahmad Mokhtar, deputy director of Bank Negara’s Islamic banking and takaful department, in a panel session on Islamic finance and its future sustainability at a conference organised by the Malaysian Institute of Accountants earlier this month.

BIMB Holdings Bhd group chief financial officer Malkit Singh Maan, who was one of the panel speakers, said VBI has compelled Islamic banks to change their strategies and come up with new products.

“With VBI, you’re looking at a change in the mindset of the banks. We’re talking about creating value, so we need to take into account considerations like the environment and community. Previously, we looked at returns, which are, of course, important, but moving forward, we need to look beyond that. We will undertake viable projects, obviously,” Malkit tells The Edge.

He says Bank Islam — a wholly-owned subsidiary of BIMB — started incorporating aspects of VBI into its business from as early as two years ago with the launch of its Arabesque Global Fund, which is a shariah-compliant ESG fund.

“One of the other things we have done this year is impact-based credit assessment, where we take into account ESG considerations.”

Malkit says the bank is hoping to launch its RTO product for affordable homes in the first quarter of next year. Other VBI products that banks may offer more of in the future are green technology financing and green sukuk, he says.