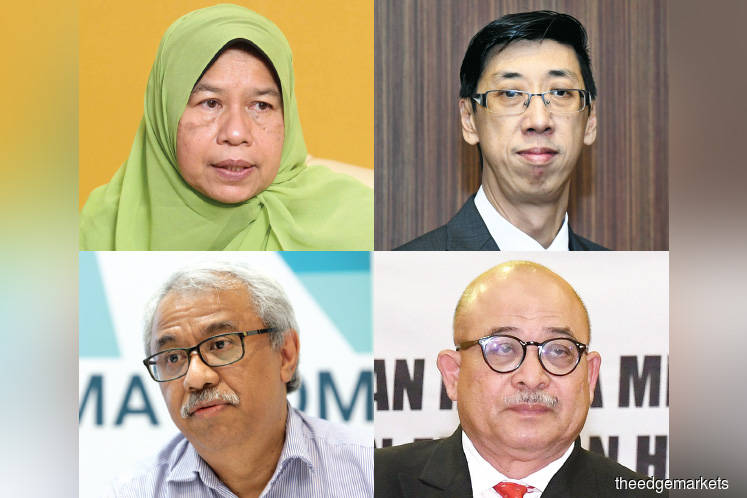 KUALA LUMPUR: House buyers stand to benefit if primary market residential properties too, and not just secondary properties, are required to have a valuation done, say experts.

Noting that new houses are currently priced at the sole discretion of developers, they said an independent valuation will help ensure fairer prices.

They were commenting on the call for improved housing valuation methods by Khazanah Research Institute (KRI) in its report on the state of housing released last week.

The report said the sales comparison approach (where the last transacted price of a house determines the value of a new comparable house in an area) currently used should be complemented with the cost approach (where the price is equal to the cost to build an equivalent property).

“One of the weaknesses of the sales comparison approach is that the rapid escalation of house prices is sometimes the result of speculative activities,” it noted.

Michael Kong, president of the Association of Valuers, Property Managers, Estate Agents and Property Consultants in the Private Sector, said the report seems to assume that developers are pricing their properties based on valuations done.

“That is not true. Valuers are not involved in the developers’ pricing,” Kong told The Edge Financial Daily.

He said overpricing occurs when primary market properties are sold at high prices, as developers have the sole discretion in determining the prices.

A property sector analyst with an investment bank research house, who declined to be named, concurred with this view. She said the issue arises when the value of a unit of property at completion is lower than the initial price at its launch.

This, she said, is due to the fact that the valuation method adopted by property developers to price their products is inconsistent with how valuers appraise the same unit if it were to be sold on the secondary market.

“Malaysia has been fortunate as the House Price Index has been relatively stable and has been on an upward linear trajectory so far. So previously, homebuyers and investors who bought properties during its launching anticipated that they can at least sell the properties with 20% to 30% profit at completion. But the property market is soft now. It doesn’t work like that anymore,” said the analyst.

“This disparity of valuation method between the primary and the secondary market is the crux of the issue,” she added in a phone interview.

The analyst did not push for any particular valuation method to be adopted, but called for a standardised method that is endorsed by the government. This is so that the same valuation method is applied across the board.

“This issue should be addressed through regulatory measures by the government. It doesn’t matter which method (is used), as long as it is consistent and comprehensive,” she said.

The Valuation and Property Services Department (JPPH) has cautioned against adopting the cost approach for property valuation.

“The cost method is a last resort ... because value is not equal to cost,” JPPH director Ahmad Zailan Azizuddin said last Friday at the launch of the National Property Information Centre’s (Napic) 2018 Property Market Report.

According to Kong, Napic data may not be the best representation of Malaysian house prices as rebates and discounts offered by developers are often not captured in sales and purchase agreements, which are the data recorded by Napic.

“This distorts official data on the property market,” he said.

Finance Minister Lim Guan Eng, also speaking at the launch of the Napic report, stressed the need for a reduction in the gap between property valuations made by the public and private sectors.

“I believe if there are clear SOPs (standard operating procedures), then the gap in property prices will not be so wide,” he said.

Referring to KRI’s recommendation, the minister said the argument for the adoption of the cost valuation method needs to be discussed among stakeholders before a final decision can be made.

Ahmad Zailan said the department routinely engages with surveyors and valuers in the private sector, and that while JPHH is concerned about the gap, it is “not too big.”

“As a government valued (method), we adhere to standards. We share the same standards and principles as the private sector, but with a difference in opinion,” he said.

While Ahmad Zailan described property valuation as “both an art and a science”, KRI is quick to point out the difficulty in assessing the true costs of properties as stakeholders, including developers, have been reluctant to elaborate on their costs.

Lee Heng Guie, executive director of the Socio-Economic Research Centre, said managing cost structures is often the competitive advantage of most developers, making it less likely that they would be willing to share such information.

But KRI chairman Dr Nungsari Ahmad Radhi said “the real issue” is price discovery, as the prices of a developer’s new products depend very much on the valuation of sub-sale units in the surrounding area.

“The [valuation] decision on one acre influences the next one … regardless of [development] cost. It becomes an auction,” Nungsari said during the launch of the KRI report.

This is the key reason the think tank has recommended that an independent valuer be appointed for house purchases, not only during the application of bank loans but also to derive the true values of houses.

According to Kong, the ease of obtaining bank facilities has also left developers unchecked.

“Bank Negara Malaysia used to require developers to conduct market studies before banks could approve financing for their developments. Now that is no longer a compulsory practice. But the instructions should come from (the) banks,” he said.

However, developers have often blamed high compliance costs for rising house prices, including the cost of building infrastructure for utility companies without being compensated.

Datuk Soam Heng Choon, president of the Real Estate and Housing Developers’ Association, referred to a case where a developer acquired a piece of land in Kuala Lumpur at a high cost.

When the plan was submitted to the city council, it was imposed with RM24 million development charges, which translated to around RM30 per plot ratio or over RM300 per sq ft, Soam said at the KRI report launch.

The KRI report, however, stated that limited data indicated both compliance and contribution costs are only a small fraction of total development costs, while costs caused by delays in development approvals have been addressed through improvements in the One-Stop Centre portal

“Data from the Construction Industry Development Board and Napic indicate that house prices in Malaysia have almost doubled since 2008 while construction costs — labour, material and machinery, and equipment — have increased only slightly in the same period,” the report said.

In fact, for affordable housing schemes, Housing and Local Government Minister Zuraida Kamaruddin said all the compliance costs have to be absorbed by the government agency responsible for the scheme. This includes the construction of utilities such as Telekom Malaysia Bhd communication infrastructure and Tenaga Nasional Bhd power stations.

“There were concerns that the agency might not have the money to absorb the costs on their own, but I have talked to some of the developers and I have suggested that they incur the costs first and collect them later from the government because the government will be the one collecting the bills.

“We will come up with a mechanism but whatever it is, we are trying to reduce the construction cost so that prices of houses will not be too high,” she told the media on Monday.

“The property developers should not include compliance expenses in the construction cost to the price of the house for affordable housing,” she added.

Government intervention a must for affordable housing

Zuraida said prices of affordable homes under the newly introduced National Affordable Housing Policy will be determined by taking into consideration the median income of a particular area, which could go as low as RM90,000 per unit and up to RM300,000.

“We are going to monitor the prices of houses according to the median income of the area. So that is one form of control. Therefore, they (property developers) cannot go more than what the affordability rate of the people in that area,” she said.

If the property developers do not follow the price guideline set by the ministry, Zuraida said those projects would not be approved.

When asked if this would interfere with the free market convention of demand and supply to determine the pricing, Zuraida said, “As far as the affordable homes are concerned, I don’t think it’s interference, because it is what we want to give to the people. But if [they’re] private [projects] then we are not concerned with how they price their properties.”

According to JPPH’s Ahmad Zailan, the cost valuation approach may in fact be most practical for affordable housing developments.

While he acknowledged that it is a challenge to secure the correct figures from parties that are currently not transparent with their costs, he believes that it is possible to succeed with firm government intervention.

“There needs to be a strong policy,” Ahmad Zailan said.

On the demand side, the finance minister has repeatedly called on banks to be more flexible in disbursing loans, even suggesting progressive interest rates on repayments for housing loans.

“If borrowers are facing [payment] pressures, they can move to progressive payment schemes to pay more in later years,” he said.

However, KRI highlighted that Malaysians’ high household debt of RM1.1 trillion or 88.4% of gross domestic product as at the end of 2016 largely comprises borrowings for house purchases. It also noted that the US sub-prime crisis showed that loans extended to people who cannot afford to pay for them are highly detrimental to the wider economy.

“Against the backdrop of high debt levels, rises in property prices that are not supported by fundamentals can be a potential source of risk to financial stability,” KRI said.