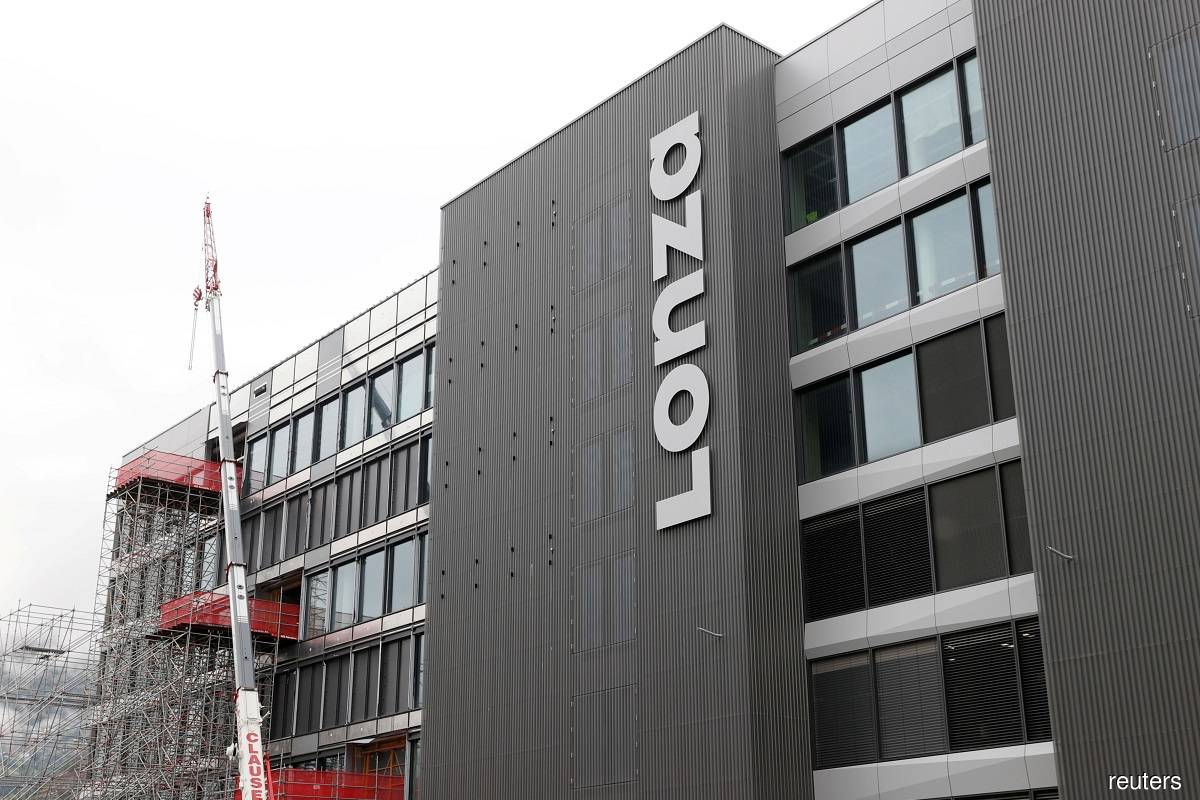 ZURICH (July 23): Swiss contract drug maker Lonza raised its 2021 outlook on Friday after booming business making ingredients for Covid-19 vaccines and strong growth elsewhere helped it beat analysts' expectations during the first half of the year.

The company, which has intensified agreements with vaccine producer Moderna, said sales to the US company had exceeded expectations, although it was also seeing a broad-based improvement in sales of non-coronavirus-related products.

"In the prior year we provided an estimate for how much we expected from Moderna sales for 2021... the number is much higher given our ability to increase output at our existing facilities," chief financial officer Rodolfo Savitzky told reporters.

Following a 13.3% increase in sales during the first half of 2021, the Basel company said it now expects sales to increase in constant exchange rates towards the mid-teens percentage level this year.

Its previous guidance had been for sales growth in the low double-digit range.

Savitsky said although the increased sales of Covid-19-related products played a role in the upgrade, their impact should not be overstated.

"Covid (products) still represent a relatively small part of our overall sales," he said. "It has an impact, but we see strong momentum across the whole portfolio."

For the first half of the year, Lonza posted sales of 2.54 billion Swiss francs (US$2.76 billion), beating analysts' forecasts for 2.47 billion francs.

"All in all, a good set of figures," said Bank Vontobel analyst Sibylle Bischofberger.

Lonza shares, which have outpaced the blue-chip Swiss Market Index by rising 19.4% in 2021, gained 2.1% in early trading.

The company is responding to rising demand by increasing its capital expenditure to 474 million francs in the first half of the year.

More spending is to come in the second half of the year, talking the 2021 capex level to 25% of sales, up from the usual level of around 20%.

Among the investments is the addition of three extra production lines at the company's plant in Visp, Switzerland, while another line has been added at its site at Geleen in the Netherlands.

Lonza also hired 1,000 more workers in the first half of the year, and plans to take on another 2,000 in the second half to tackle production logjams.

"We have solid growth," said chief executive Pierre-Alain Ruffieux said. "We need to be able to fulfil our obligations in manufacturing."