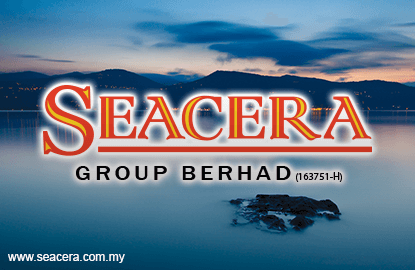 According to its filing with the bourse, Utusan Mewah had disposed of the shares on Oct 19 for 55 sen a piece. It is not known to whom the shares were sold to.

Based on previous filings, Utusan Mewah had emerged as a substantial shareholder of Seacera on May 30, after acquiring 10.5 million shares or a 5.79% stake in the company.

Following the disposal, Utusan Mewah is left with 8.31 million shares or a 4.58% stake in Seacera.

Seacera reported a net profit of RM289.03 million for the second quarter ended June 30, 2015, a significant improvement from RM1.67 million in the previous year, while revenue fell 9% to RM14.34 million from RM15.84 million.