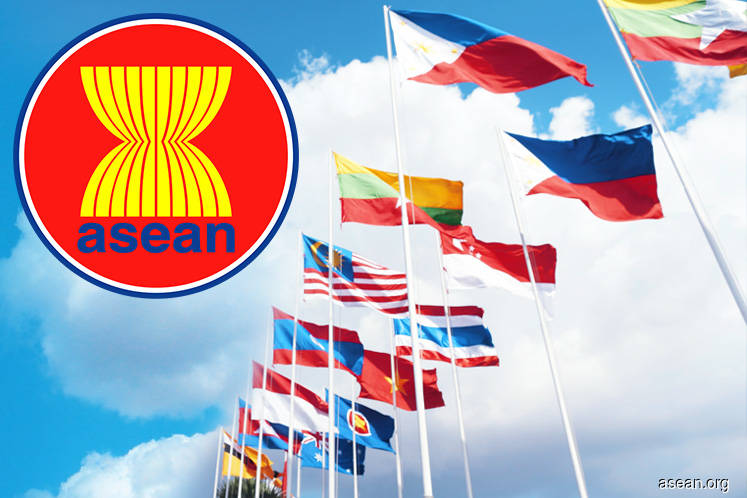 KUALA LUMPUR (July 18): The ongoing trade war between US and China, two of the largest economies in the world, could wipe out about 0.2% to 0.3% of the Asean region's gross domestic product (GDP), says ASEAN+3 Macroeconomic Research Office (AMRO) chief economist Dr Khor Hoe Ee.

“The trade tariffs will have an impact on demand. Some emerging markets will be affected more than others, especially those that manufacture for exports, which are plugged into the global value chain. Countries that produce commodities will be less affected,” he told reporters at the Asean Roundtable Series titled “What Lessons Learned from Financial Crises of Recent Times”, organised by CIMB Asean Research Institute (CARI) today.

The US had slapped a tariff of 25% on US$34 billion Chinese goods earlier this month, with Beijing retaliating by imposing tariffs of the same magnitude.

Another tariff on US$16 billion is expected to kick in soon, while the US administration has also announced a new 10% tariff on US$200 billion Chinese imports. The new tariff will not take effect for at least two months, in order for the US industry to have time to comment on the products selected for levies.

According to Khor, taking into consideration the new tariffs on US$200 billion Chinese goods, it will probably increase the impact by another 0.1 and 0.2 percentage points.

The bigger concern lies on the effect it would have on the financial market and its spillover impact on confidence, investment, as well as the interest rates, he noted.

“If for any reason, interest rates were to go up, central banks around the world will be forced to tighten policy and this would lower growth further,” he said.

Earlier during the panel discussion which was chaired by CARI chairman and Asean Business Club president Tan Sri Dr Munir Majid, concerns were raised on whether a “perfect storm” is in the making with increased uncertainties and potential spillover effects on the financial markets, due to the US-led trade wars.

“US President Donald Trump’s 'America First' policy is causing global instability in geopolitics, economies and trade. The US Federal Reserve is also showing less concern than ever, about the impact of its monetary policies on non-American economies.

"The so-called normalisation of central bank monetary management in Europe as well, has seen outflows from Asean capital and financial markets,” Munir said.

Another panelist, Tan Sri Andrew Sheng, who is also the advisor for CARI, as well as the chairman of Khazanah Research Institute (KRI), emphasised the over-dependency on monetary policy and financial regulations, post-global financial crisis about a decade ago.

“Democratic politics refused the use of painful structural reforms and taxation (fiscal tool) to address the structural imbalances and social inequalities.
The choice was made to over-use monetary policy and complex financial regulations that led to even more capture and concentration within the system, namely growing income and wealth inequalities, because the super-rich gained excessively at the expense of the less rich,” Sheng said.

Sheng pointed to the rise of populism as seen in US and in some European countries as evidence of major, complex disruptions aggravating inequality and social losses.

David Marsh, another panelist who is chairman and co-founder of The Official Monetary and Financial Institutions Forum, concurred, saying policy makers need to be cautious of the trigger points for crises, including political developments, which are not within the purview of central banks.

“It is prudent to have in place, contingency plans for emergency action on multiple fronts. Never overestimate a nation’s abilities to overcome its difficulties by itself. It will almost certainly need international support and lining up such action in advance can be crucial,” Marsh said.

Dr Hans Genberg, adviser for macroeconomic and monetary policy management, South East Asian Central Banks, who was also on the panel, believes emerging markets in the region is capable of weathering any potential crisis stemming from the US or Europe. However, he cautioned that most experts have yet to identify potential crises from within the region itself.