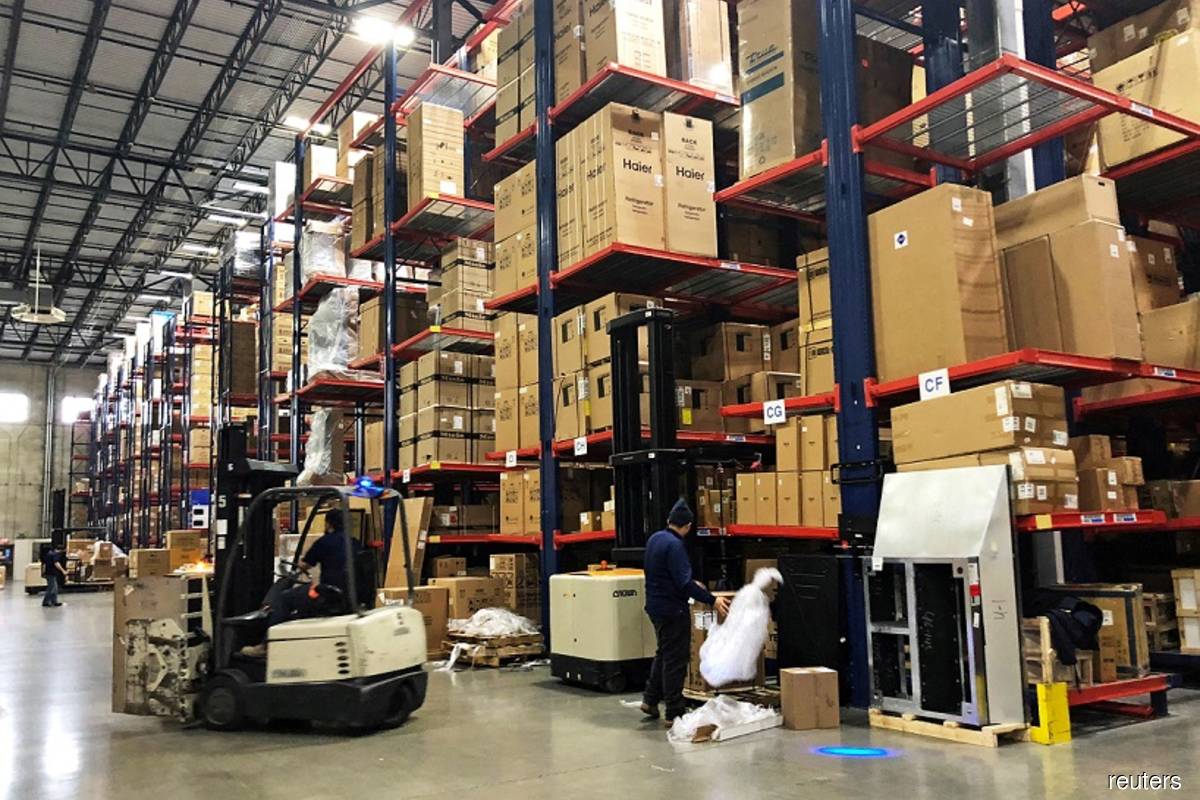 The almost broad increase in inventories reported by the Commerce Department on Monday also offered more hope that supply bottlenecks were easing. It followed in the wake of an Institute for Supply Management survey last week that showed improved supplier deliveries to factories in December.

"The fourth-quarter inventory build is shaping up to again be a strong contributor to topline GDP growth," said Matt Colyar, an economist at Moody’s Analytics in West Chester, Pennsylvania. "Indications that the worst of the global supply-chain problems are behind us have mounted in recent weeks."

Wholesale inventories rose 1.4% in November, instead of 1.2% as estimated last month. Stocks at wholesalers increased 2.5% in October. Inventories are a key part of gross domestic product.

Economists polled by Reuters had expected inventories would be unrevised. Wholesale inventories surged 15.9% in November from the year-earlier period.

Motor vehicle inventories advanced 2.7%, after rising 2.8% in October. The back-to-back increases suggested that the global shortage of semiconductors, which has constrained motor vehicle production, was abating. There are, however, worries that a global surge in Covid-19 cases, driven by the Omicron variant, could slow the untangling of supply chains.

Wholesale inventories, excluding autos, increased 1.2% in November. This component goes into the calculation of GDP. Economists at Goldman Sachs left their fourth-quarter GDP growth estimate unchanged at a 7.0% annualised rate.

A slower pace of inventory drawdown in the third quarter accounted for the bulk of the 2.3% pace of increase in GDP growth for that period. Inventories were depleted through much of 2021, and coronavirus pandemic-related shortages are making it harder to replenish stocks.

The urgent need to restock is keeping manufacturing humming but there are concerns among some economists that businesses wary of delays getting stock could order too much and end up with excess inventory, which could hurt the economic expansion.

"We've seen 16 consecutive inventory gains after 14 straight months without an increase," said Mike Englund, chief economist at Action Economics in Boulder, Colorado. "We expect huge inventory additions of US$136 billion in the fourth quarter and US$99 billion in the first quarter."

Sales at wholesalers increased 1.3% in November, after accelerating by 2.5% in October.

At November's sales pace, it would take wholesalers 1.22 months to clear shelves, unchanged from October.