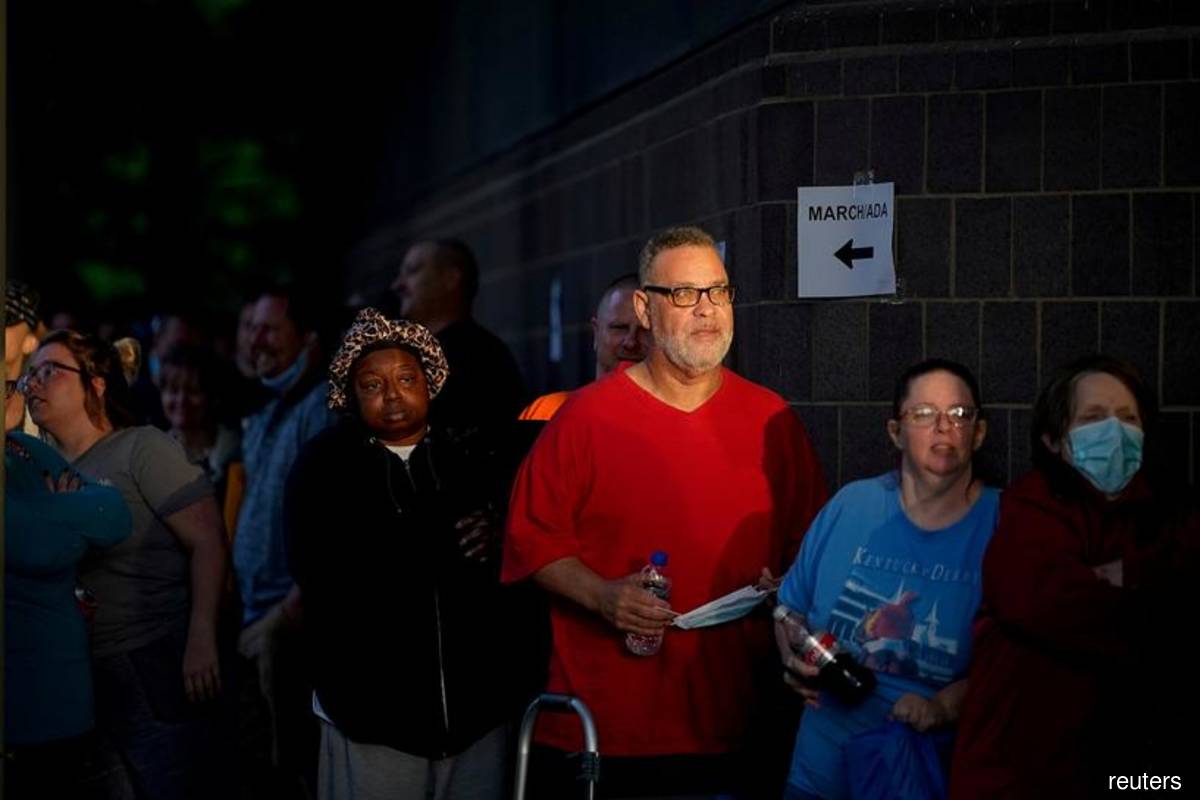 The second straight weekly increase in claims reported by the Labor Department on Thursday was at odds with reports this month showing the economy created 916,000 jobs in March, the most in seven months, and job openings increased to a two-year high in February. Households have also been upbeat in their assessment of the labour market.

"Our belief is that continued moves to reopen the economy will result in a solid further advance in payrolls in the April jobs report and that the claims data are likely not capturing the pace of improvement in the labour market," said Conrad DeQuadros, senior economic advisor at Brean Capital in New York.

Initial claims for state unemployment benefits increased 16,000 to a seasonally adjusted 744,000 for the week ended April 3, compared with 728,000 in the prior week. Data for the prior week was revised to show 9,000 more applications received than previously reported.

Economists polled by Reuters had forecast 680,000 applications for the latest week. Some speculated that spring break-related school closings, the Easter holiday and churn in some industries were behind the surprise rise.

Others believed the unprecedented surge in claims in March 2020, when mandatory closures of non-essential businesses were enforced across many states to slow the first wave of Covid-19 infections, was making it difficult to adjust the data for seasonal fluctuations.

"We suspect that the seasonal adjustment process is the main culprit behind the confounding volatility in claims data in recent weeks, as the economy passed the one-year anniversary of the lockdowns from last spring," said Michael Gapen, chief US economist at Barclays in New York.

Some economists also believed the expansion of benefits, including a government-funded US$300 weekly subsidy and program for the self-employed, gig workers and others who do not qualify for the regular state unemployment insurance programs, was contributing to keeping claims high.

The weekly subsidy and the Pandemic Unemployment Assistance (PUA) program will run through Sept. 6. Fraud, multiple filings and backlogs have dogged the system. Claims have dropped from a record 6.149 million in early April of 2020, but remain more than double their pre-pandemic level. In a healthy labour market, claims are normally in a range of 200,000 to 250,000.

Including the PUA program, 892,539 people filed claims last week, remaining below one million for a third straight week.

The increase in applications was led by California and New York. There were big drops in Alabama and Georgia, as well as Ohio, which has been beset by fraudulent applications.

Stocks on Wall Street were trading largely higher, with the S&P 500 index hitting a record high. The dollar fell against a basket of currencies. US Treasury prices rose.

The labour market stumbled in December but has regained its footing, thanks to the White House's massive US$1.9 trillion pandemic rescue package and an acceleration in the pace of Covid-19 vaccinations, which are allowing more services businesses to resume operations.

In the minutes of the Federal Reserve's March 16-17 policy meeting released on Wednesday, US central bank officials acknowledged the improvement in labour market conditions and "expected strong job gains to continue over coming months and into the medium term."

Several Fed officials suggested the latest relief package "could hasten the recovery, which could help limit longer-term damage in labour markets caused by the pandemic."

Anecdotal evidence suggests companies are recalling workers laid off during the pandemic and hiring new employees. An Institute for Supply Management survey on Monday showed services businesses reporting they "have recalled everyone put on waivers and made new hires" and had "additional employees added to service the needs of new customers at new locations."

Still, the labour market recovery has a long way to go. Employment is 8.4 million jobs below its peak in February 2020.

The claims report also showed the number of people receiving benefits, after an initial week of aid decreased 16,000 to 3.734 million in the week ended March 27. That was down from 23.1 million at the height of the crisis.

The 12th straight weekly decline in the so-called continuing claims, likely due to people finding work and exhausting their eligibility for benefits, was limited to 26 weeks in most states. About 5.634 million people were on extended benefits during the week ended March 20, up 117,108 from the prior week.

Another 786,962 were on a state program for those who have exhausted their initial six months of aid, down 230,780 from the week before. There were 18.2 million receiving benefits under all programs during the week ended March 20.

"This points to unemployment insurance remaining a substantial source of household income at this time," said Sarah House, a senior economist at Wells Fargo in Charlotte, North Carolina.