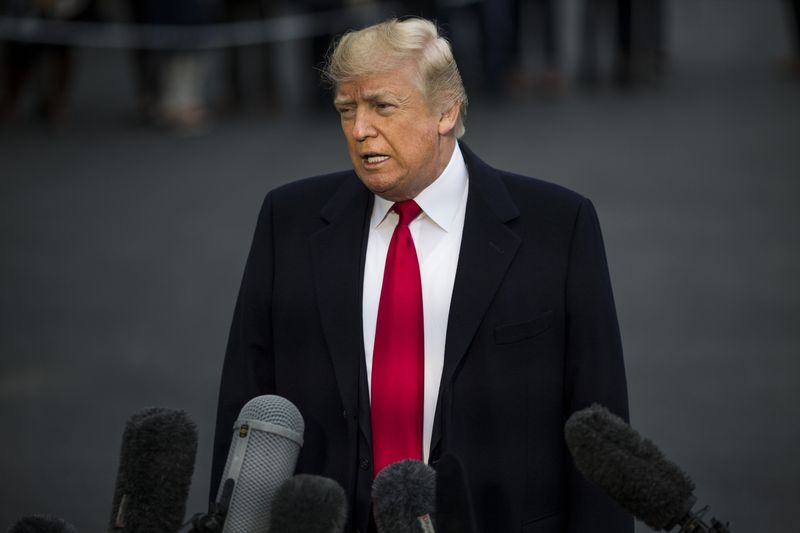 WASHINGTON (July 9): The US Supreme Court on Thursday firmly rejected President Donald Trump's argument for sweeping presidential immunity and ruled that a New York prosecutor can obtain his financial records but prevented - at least for now - Democratic-led House of Representatives committees from getting similar documents.

The twin 7-2 rulings authored by conservative Chief Justice John Roberts mark another milestone in Trump's tumultuous presidency and in the short-term prevent details of his finances from becoming public because lower courts will be called upon to resolve lingering issues.

The businessman-turned politician, seeking re-election on Nov 3, has fought tenaciously to keep his tax returns and other elements of his finances secret - and the rulings spare him of any major revelation at a sensitive time. But looking further ahead, Trump faces possible future criminal prosecution in his native New York, perhaps after he leaves office.

Trump's two Supreme Court appointees, conservatives Neil Gorsuch and Brett Kavanaugh, joined Roberts and the four liberal justices in both rulings, spurning Trump's arguments that the Constitution gave him absolute immunity from any criminal proceedings as a sitting president.

Manhattan District Attorney Cyrus Vance, a Democrat, and the House committees all issued subpoenas to third parties for the records, not to the Republican president himself. Trump sued to block enforcement of the subpoenas.

The court in the New York case ruled that the subpoena to Trump's long-term accounting firm, Mazars LLP, for various tax returns and other financial records to be turned over to a grand jury as part of Vance's criminal investigation can be enforced.

The justices rebuffed Trump's broad arguments on expansive presidential powers in a showdown with Congress as he tried to block subpoenas by three House committees to Mazars and two banks for his financial records.

But in doing so, the court also faulted the broad arguments made by the House and sent the litigation back to lower courts for further review, delaying the final outcome.

Nevertheless, the Supreme Court stoutly reaffirmed the principle that not even the president is above the law - a message delivered 3-1/2 years into a presidency in which Trump has repeatedly skirted the norms of American political conduct.

Trump turned to Twitter to complain about the rulings, writing: "Courts in the past have given 'broad deference'. BUT NOT ME!" He added, "This is all a political prosecution ... and now I have to keep fighting in a politically corrupt New York. Not fair to this Presidency or Administration!"

"Congress's constitutional responsibility to uncover the truth continues, specifically related to the President's Russia connection that he is hiding," Pelosi said, in reference to the contention that Trump's financial records could show such an entanglement.

Trump's argument that he was immune from any criminal process "runs up against the 200 years of precedent establishing that Presidents, and their official communications, are subject to judicial process," Roberts wrote.

"We affirm that principle today and hold that the president is neither absolutely immune from state criminal subpoenas seeking his private papers nor entitled to a heightened standard of need," Roberts added.

Roberts also rejected the suggestion that the decision would subject future presidents to harassment by local prosecutors, noting that the court in 1997 rejected a similar argument made by President Bill Clinton when he faced a civil lawsuit brought by Paula Jones, a woman who accused him of making unwanted sexual advances.

Roberts' analysis of the congressional subpoenas hinged on the competing political interests between different branches of government.

"Congressional subpoenas for the President's personal information implicate weighty concerns regarding the separation of powers," Roberts wrote. "Neither side, however, identifies an approach that accounts for these concerns."

Unlike other recent presidents, Trump has refused to release his tax returns and other documents that could provide details on his wealth and the activities of his family real-estate company, the Trump Organization. The content of these records has remained a persistent mystery.

As part of Vance's criminal investigation, subpoenas were issued to Mazars for financial records including nearly a decade of Trump's tax returns to be turned over to a grand jury in New York City.

The investigation launched by Vance's office in 2018 into Trump and the Trump Organization was spurred by disclosures of hush payments to two women who said they had past sexual relationships with him, pornographic film actress Stormy Daniels and former Playboy model Karen McDougal. Trump and his aides have denied the relationships.

In the litigation over the House subpoenas, Trump argued that Congress lacked a valid purpose for seeking his records and that disclosure of the material would compromise his and his family's privacy and distract him from his duties.

In the New York case, Trump's lawyers went so far as to argue before a lower court that law enforcement officials would not have the power to investigate him even if he shot someone on New York's Fifth Avenue.

The House Oversight Committee in April 2019 issued a subpoena to Mazars seeking eight years of accounting and other financial information in response to the congressional testimony of Michael Cohen, Trump's former lawyer. Cohen said Trump had inflated and deflated certain assets on financial statements between 2011 and 2013 in part to reduce his real estate taxes.

The House Financial Services Committee has been examining possible money laundering in US property deals involving Trump. Separately, the House Intelligence Committee is investigating whether Trump's dealings left him vulnerable to the influence of foreign individuals or governments.