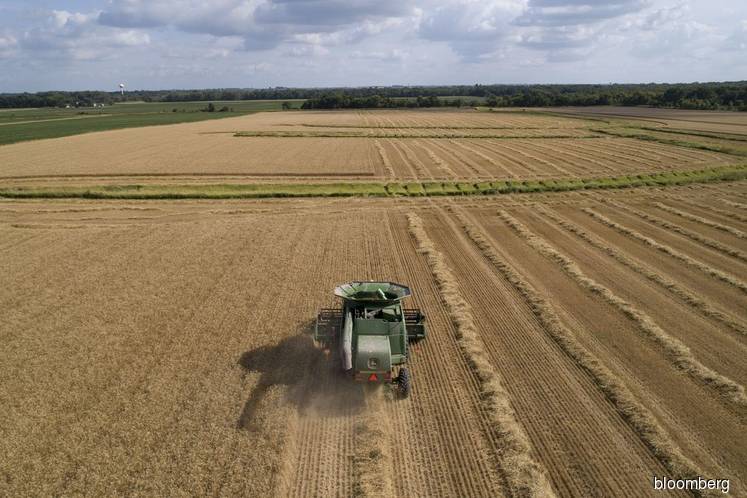 CHICAGO (Feb 11): Rising demand from China will cut into the U.S. soybean stockpile, as exporters boost their shipments to the world's top oilseed buyer, the federal government said on Tuesday.

In its monthly supply and demand report, the U.S. Agriculture Department pegged domestic 2019/20 soybean ending stocks at 425 million bushels, down from its January forecast for 475 million bushels. The change stemmed from a 50 million bushel bump to its export forecast, which the USDA said reflected rising demand from China.

Traders have been closely watching for increased purchases from China since it signed a Phase 1 trade deal with the United States. But U.S. shipments have been scarce, as China grapples with an outbreak of African swine fever that has decimated its hog herd and the spread of a coronavirus that has raised concerns about an economic slowdown.

USDA Chief Economist Robert Johansson had told Reuters in an interview in early February that the report would factor in broad goals of the deal Beijing and Washington signed in January, but would not include details of China's purchase commitments.

"U.S. soybean stocks are friendly, but an increasing Brazilian soy crop is going to offset that," said Brian Hoops, president of Midwest Market Solutions. "And it may be the first of many increases for Brazil and Argentina."

USDA pegged the Brazil soybean harvest at 125 million tonnes, up 2 million from January. It left the forecast for Argentina's soy crop unchanged at 53 million tonnes.

CBOT soft red winter wheat futures hit their lowest since Dec 26 on concerns about global competition, while corn, which had been trading close to unchanged, dipped into negative territory.