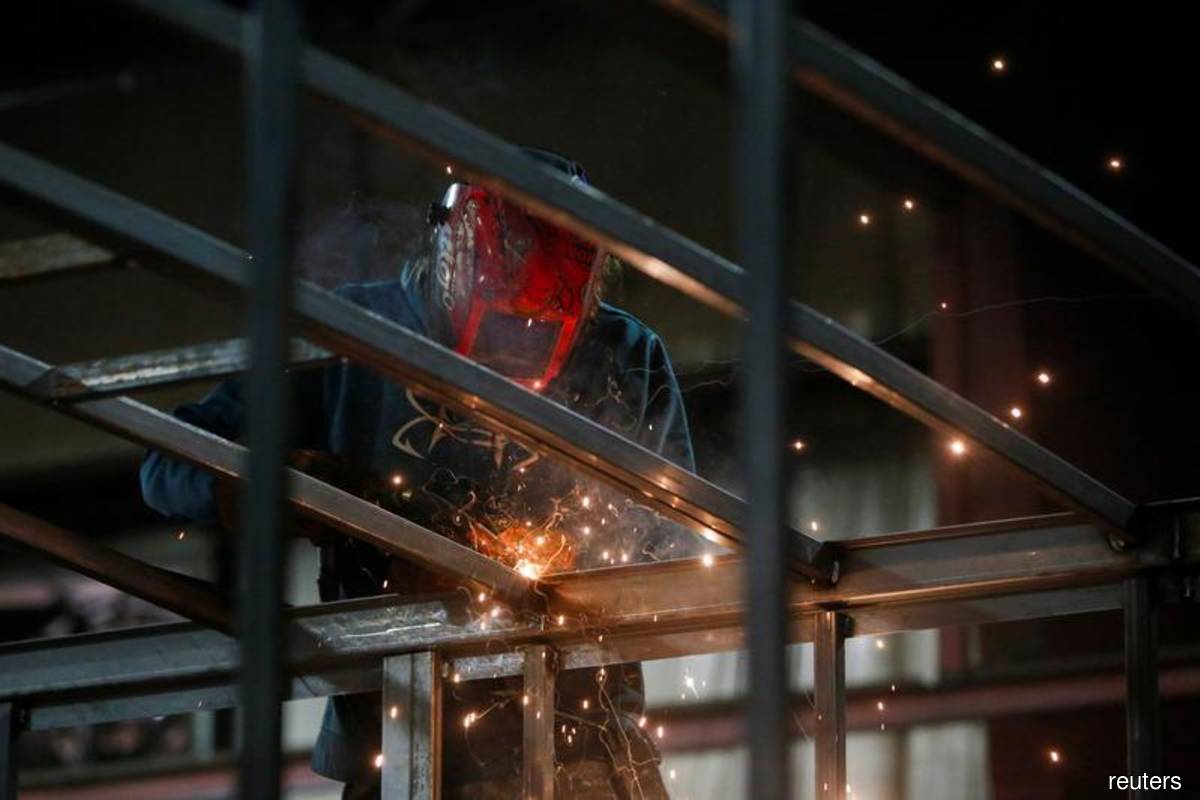 WASHINGTON (April 5): A measure of US services industry activity surged to a record high in March amid robust growth in new orders, in the latest indication of a roaring economy that is being boosted by increased vaccinations and massive fiscal stimulus.

The upbeat survey from the Institute for Supply Management (ISM) on Monday followed news on Friday that the economy added 916,000 jobs last month, the most since August. Economic growth this year is expected to be the best in nearly four decades.

"Vigorous services activity in March sets the stage for robust expansion in the second quarter," said Oren Klachkin, lead US economist at Oxford Economics in New York. "All the right pieces for a faster services recovery – expanded vaccine eligibility, reopenings, and historic fiscal expansion – are falling into place."

The ISM's non-manufacturing activity index rebounded to a reading of 63.7 last month also due to warmer weather. That was the highest in the survey's history and followed 55.3 in February.

A reading above 50 indicates growth in the services sector, which accounts for more than two-thirds of US economic activity. Economists polled by Reuters had forecast the index rising to 59.0 in March.

The ISM said comments from services industries indicated that "the lifting of Covid-19 pandemic-related restrictions has released pent-up demand for many." It, however, noted that "production-capacity constraints, material shortages, weather and challenges in logistics and human resources continue to cause supply chain disruption."

A raft of reports from manufacturing to consumer confidence and employment have suggested that the vastly improved public health situation and the White House's US$1.9 trillion pandemic rescue package are providing a powerful tailwind to the economy.

The ISM reported last week that its measure of national manufacturing activity soared to its highest level in more than 37 years in March. The services industry, hardest hit by the pandemic, could accelerate further as the economy reopens. The US Centers for Disease Control and Prevention said on Friday (April 2) that fully vaccinated people could safely travel at "low risk".

US stocks were trading higher, with the S&P 500 and the Dow hitting record highs. The dollar fell against a basket of currencies. US Treasury prices were mixed.

All 18 services industries reported growth last month. Businesses in the arts, entertainment and recreation segment lauded the reopening of movie theaters in California and New York, which they said was "creating a surge in demand."

Retailers said they remained "cautiously optimistic for the second half of the year, as businesses continue to open up and projects come online."

The ISM survey's measure of new orders for the services industry rebounded to an all-time high from a nine-month low in February. No industry reported a drop in new orders in March.

The ISM said comments from businesses included "we have resumed several large projects that were on hold due to the pandemic" and "higher sales at retail outlets".

But businesses are grappling with logistics challenges, port and shipping delays, as well as shortages of materials, with some saying "it is still difficult to find trucks for loads and to secure shipping containers".

Those supply constraints are raising costs for businesses.

The survey's measure of prices paid by services industries jumped to the highest reading since July 2008. The surge in these price measures have added to concerns of higher inflation this year. But some economists caution that they are not reliable predictors of future inflation.

"These price measures generally follow recent changes in headline inflation that are often caused by changes in energy prices," said Daniel Silver, an economist at JPMorgan in New York. "The business surveys could be a signal of higher inflation to come, but the relationship between the survey price data and future inflation changes generally has been weak."

Services businesses said they "have recalled everyone put on waivers and made new hires" and had "additional employees added to service the needs of new customers at new locations."

A separate report from the Commerce Department on Monday showed new orders for U.S.-made goods dropped 0.8% in February, likely weighed down by unseasonably cold weather. Factory orders surged 2.7% in January.

The weakness in factory orders is likely temporary, though a recent brief blockage of the Suez Canal and global semiconductor shortage could hurt some segments of the manufacturing industry.

That is not expected to have an impact on lofty growth projections for this year. Growth this year could top 7%, which would be the fastest since 1984. The economy contracted 3.5% in 2020, the worst performance in 74 years.

"For the next few months, manufacturing and business investment may struggle a little," said Ryan Sweet, a senior director at Moody's Analytics in West Chester, Pennsylvania.