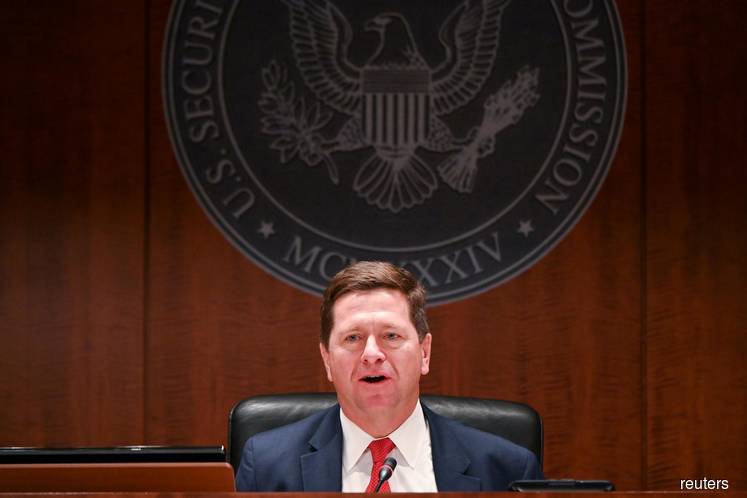 WASHINGTON (April 7): The head of the U.S. Securities and Exchange Commission (SEC) said on Tuesday that companies in discussions about bailouts resulting from the economic impact of the coronavirus outbreak, should disclose to investors where they stand.

"We're in a very different environment," SEC Chairman Jay Clayton said in an interview on CNBC.

"Companies are going to be talking about where they stand ... and their plans going forward
is sensitive information. I encourage companies to disclose where they stand and limit speculation ... as we move forward."

Clayton added that companies must communicate with investors about plans for dividends, share buybacks and capital preservation.

His comments come amid growing worries of potential insider trading by Wall Street, following the US$2.2 trillion stimulus package President Donald Trump signed into law in March, which is aimed at supporting businesses and households devastated by the Covid-19 pandemic.

The package includes a US$500 billion fund to help airlines and other hard-hit industries and at least US$100 billion for hospitals and related healthcare systems.

It has raised concerns among academics that some individuals with access to policymakers could gain an edge by getting material non-public information ahead of the rest of the world.

Two Republican U.S. senators were criticized last month for selling large amounts of stock before the coronavirus-induced market meltdown and after closed-door briefings on the coronavirus outbreak.

The SEC in March warned executives against insider trading, noting the coronavirus disruption was increasing the number of people with access to material non-public information.

On Tuesday, Clayton urged companies to be forthcoming in the way they are changing operations and their fundraising efforts.