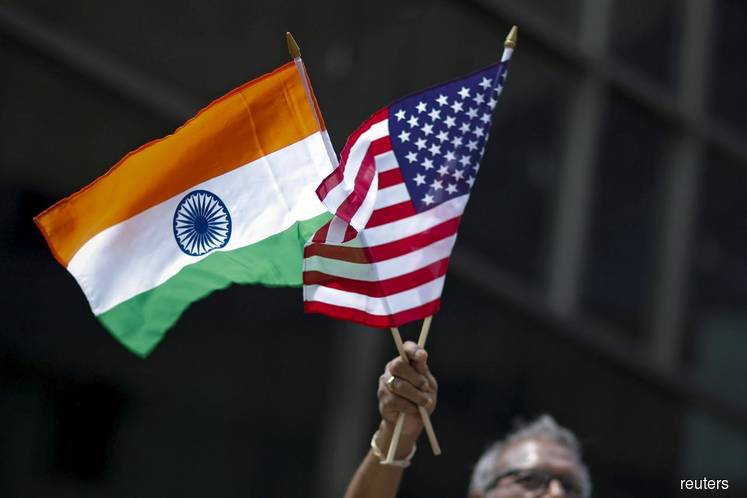 NEW DELHI (Jan 24): The United States wants India to buy at least another US$5-US$6 billion worth of American poultry and farm goods, if New Delhi wants to win reinstatement of a key U.S. trade concession, four sources familiar with the talks told Reuters.

Ahead of a Trump visit to New Delhi to meet Prime Minister Narendra Modi next month, negotiators on both sides are hammering out terms for a trade deal that would include New Delhi rolling back higher tariffs on some farm goods such as almonds, walnuts and apples, one of the sources said.

Both governments had hoped to work out a limited trade deal last year, but struggled to reach an agreement.

India's commerce ministry and the U.S. Embassy in New Delhi did not respond to a request for comment. The office of the U.S. Trade Representative did not immediately respond outside regular business hours.

While India has offered a partial relief on medical device price caps that have hurt American pharma giants and a roll back in tariffs on some U.S. goods, Trump's team wants a sweetener of US$5-US$6 billion in additional trade for U.S. goods to restore GSP privileges, three of the sources said.

That demand was conveyed by the United States to India in late December, said two sources.

As part of the negotiation, the U.S. wants India to increase imports of frozen poultry products, the first source said. The U.S. has already been pushing India to cut the high import taxes on poultry products.

"The deal has to be agriculture focused, the U.S. is putting a number on everything (if India wants GSP back)," said one of the sources.

The sources asked not to be named due to the sensitivity of the discussions.

Other than the agriculture sector, the United States could be swayed if some of that additional revenue goes to its energy sector, said one of the sources.

Indian oil minister Dharmendra Pradhan this week said India was looking forward to extending its energy cooperation with the United States and other countries, but didn't disclose any planned deals.

Trump is likely to visit India in late February, in what would be his first visit to the South Asian nation since he took office three years ago.