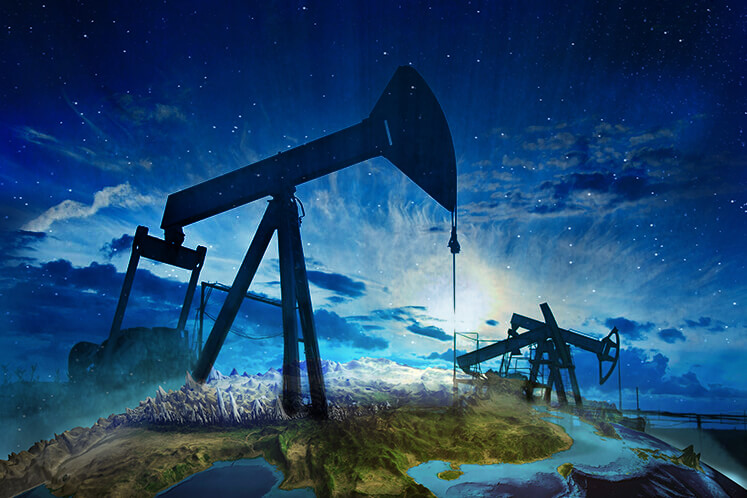 CALGARY, Alberta (Nov 24): U.S. crude hit a two-year high in thin trade on Thursday as the shutdown of a major crude pipeline from Canada and a draw on fuel inventories pointed to a tightening market, despite rising output from U.S. producers.

Brent crude settled at $63.55 per barrel, 23 cents above its previous close.

Trading volumes were thin because of the Thanksgiving holiday in the United States.

The shutdown on TransCanada Corp's 590,000-barrel-per-day Keystone pipeline following a spill last week has helped drive oil prices higher because of expectations it will reduce crude stocks in the U.S. storage hub of Cushing, Oklahoma.

"Inventories should drain sharply in the next few weeks given the uncertain timeline for a restart of the Keystone pipeline, a major artery for Canadian heavy oil barrels into the heart of the Cushing hub," said Martin King, a GMP FirstEnergy analyst in Calgary.

Prices also found support from a drawdown in commercial fuel inventories in the United States.

The market shrugged off data showing U.S. output <C-OUT-T-EIA> has risen by 15 percent since mid-2016 to a record 9.66 million bpd, helping turn the United States from the world's biggest importer to a major exporter.

Climbing U.S. output threatens efforts by the Organization of the Petroleum Exporting Countries, Russia and some other non-OPEC producers to reduce global supplies by limiting their production.

"Whatever OPEC will be discussing and ... agreeing upon can be made redundant by the actions of U.S. suppliers, which are likely to hike up production in a similar order," said Eugen Weinberg, head of commodities research at Commerzbank.

OPEC meets on Nov. 30 to discuss policy, with Saudi Arabia lobbying for extending cuts that are due to expire in March.