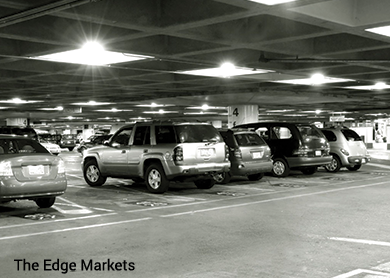 DETROIT (June 2): The U.S. auto industry remained on track for the best sales year in a decade as consumers bought cars and trucks in May at the fastest pace in almost a decade.

Sales of pickup trucks and SUVs again led the way, which bodes well for the profit margins of the major automakers.

Ford Motor Co sales fell 1 percent as its F-Series pickup trucks declined 10 percent. Its primary model, the F-150 pickup truck, remained in high demand and the company said it is reducing downtime at two plants this summer as it ramps up production of a new aluminum version.

For the second year in a row, May auto sales were boosted as more consumers returned to showrooms after a harsh winter kept them away, a GM spokesman said. Auto sales are viewed each month as an early snapshot of U.S. consumer spending.

Wall Street analysts surveyed by Reuters expected a 1 percent decline in May sales.

GM sales reached 293,097 vehicles as all pickups and its Chevrolet Equinox crossover rose 30 percent. GM said its average sale prices in May rose $550 to about $34,000 per vehicle.

May sales for Toyota Motor Corp and Nissan Motor Co both slipped less than 1 percent, but results topped analysts' expectations.

There was one fewer selling day in May compared with a year ago.

Analysts have pointed to easier consumer credit as one reason for increased sales since the recession. On Monday, Experian reported the average length of loans for new and used vehicles in the United States in the first quarter hit record highs, and nearly 30 percent of new-vehicle loans have pay-back periods longer than six years.

Automakers are still benefiting as consumers who put off buying new vehicles from 2008 to 2013 return to showrooms, said Dave Fish of MaritzCX, a market research firm. Maritz estimated that if automakers sell 17.1 million cars and light trucks this year in the United States, another 13 million older vehicles will still need to be replaced.

"It looks like the good times may roll for some time into the future," Fish wrote in a report.

But he cautioned there were signs the recovery could have limits. Many younger consumers are still delaying getting drivers' licenses or buying new cars, and households aren't adding more cars, on average.

"The automotive pie is not expanding at the household level," Fish wrote.