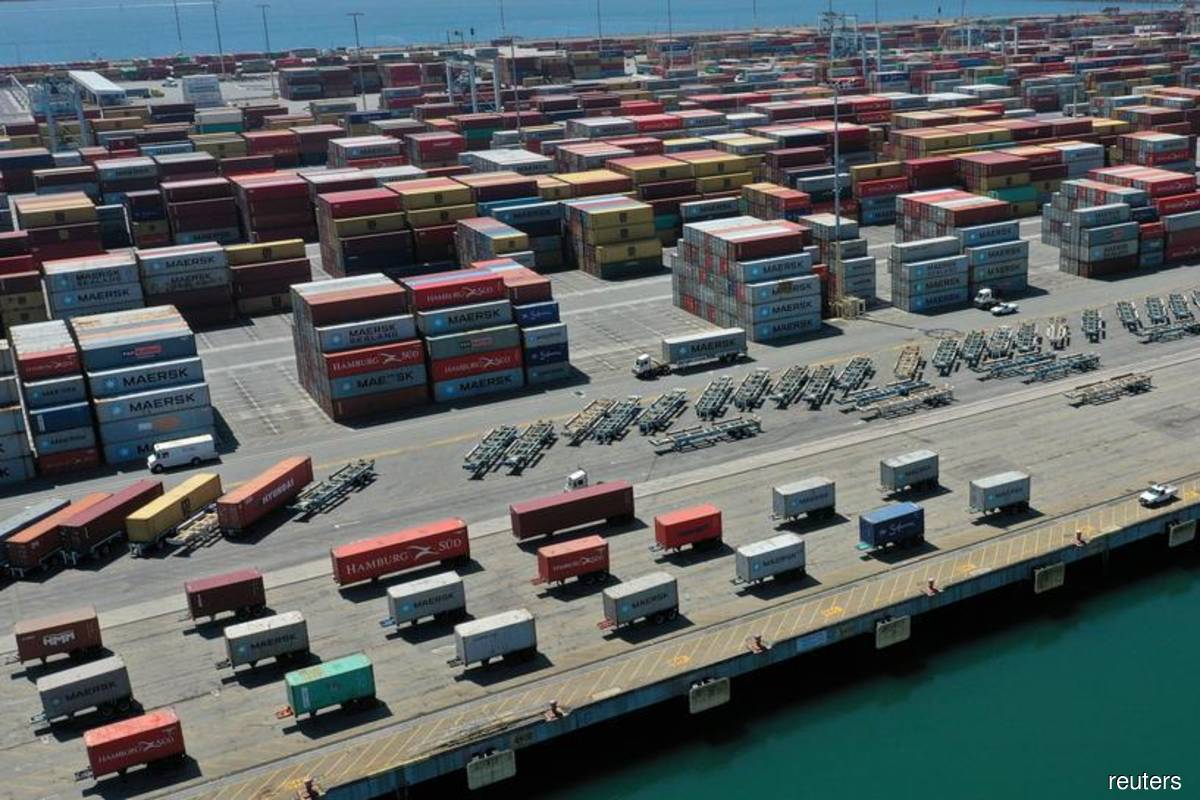 WASHINGTON (Dec 15): US manufacturing output increased more than expected in November, boosted by motor vehicle production, though momentum could slow as a fresh outbreak of Covid-19 infections keeps workers at home and temporarily shuts down factories.

Other data on Tuesday suggested a benign inflation environment could persist for a while, with import prices barely rising last month even as the dollar has weakened against the currencies of the United States' main trade partners.

Strong production at factories is defying signs of a slowdown in the economy's recovery from the coronavirus recession, underscored by rising layoffs. Retail sales likely declined in November for the first time since April, according to a Reuters' survey of economists. November's retail sales report is scheduled to be released on Wednesday.

"Covid-19 containment measures are likely to exert a heavy economic toll over the next few months and the manufacturing sector won't be immune, but it is going to be far less directly impacted than consumer services in big cities," said James Knightley, chief international economist at ING in New York.

A shift in demand from services to goods during the pandemic is underpinning manufacturing's recovery. But the relentless crisis also poses a risk. The Institute for Supply Management early this month reported a dip in business sentiment in November, with manufacturers saying the resurgence in coronavirus infections was straining suppliers and that production lines were being shut down due to lack of staff.

The ISM warned that absenteeism at factories and their suppliers, as well as difficulties in returning and hiring workers, would continue to "dampen" manufacturing until the pandemic ended. Fed officials were due to start a two-day policy meeting on Tuesday. Policymakers are expected to keep interest rates near zero and deliver a playbook for what might prompt them to pump more money into the economy.

Stocks on Wall Street were trading higher. The dollar slipped against a basket of currencies. US Treasury prices were lower.

A separate report from the New York Fed on Tuesday showed its measure of manufacturing conditions in New York state fell to a reading of 4.9 in December, from 6.3 in November.

But manufacturers were optimistic about conditions over the next six months, likely reflecting the arrival of a vaccine for the virus, which has killed more than 300,000 people in the United States.

"Production will be soft in the near term as record-high Covid-19 cases and a lack of fiscal stimulus weigh on the US economy early next year," said Gus Faucher, chief economist at PNC Financial in Pittsburgh, Pennsylvania. "But activity should pick up by mid-2021, as vaccine distribution leads to stronger overall economic growth."

The increase in manufacturing output was broad last month, with big gains in the production of primary metals, computers and electronics, aerospace and miscellaneous transportation equipment. But production of consumer goods and business supplies dropped.

Manufacturing combined with a rise in mining output to lift industrial production 0.4% in November. Industrial output increased 0.9% in October. Production at mines rebounded 2.3%, after declining 0.7% in October. Oil and gas well drilling increased 8.3%, rising for a third straight month.

Capacity utilisation for the manufacturing sector, a measure of how fully firms are using their resources, rose 0.6 percentage point to 72.6% in November. Overall capacity use for the industrial sector increased to 73.3% from 73% in October. It is 6.5 percentage points below its 1972-2019 average.

Officials at the US central bank tend to look at capacity use measures for signals of how much "slack" remains in the economy — how far growth has room to run, before it becomes inflationary.

Muted inflation was underscored by a separate report from the Labor Department on Tuesday, showing import prices edged up 0.1% last month, after dipping 0.1% in October.

Import prices, which exclude tariffs, decreased 1.0% in the 12 months through November, after falling by the same margin in October. Year-on-year import prices have declined for 10 straight months.

Import prices have remained weak even as the dollar has depreciated about 7.4% versus the currencies of the United States' main trade partners since April.

Government data last week showed marginal increases in consumer and producer prices in November. Though the pandemic has boosted prices of some goods because of supply and production constraints, it has weighed on services, leading to overall benign inflation.