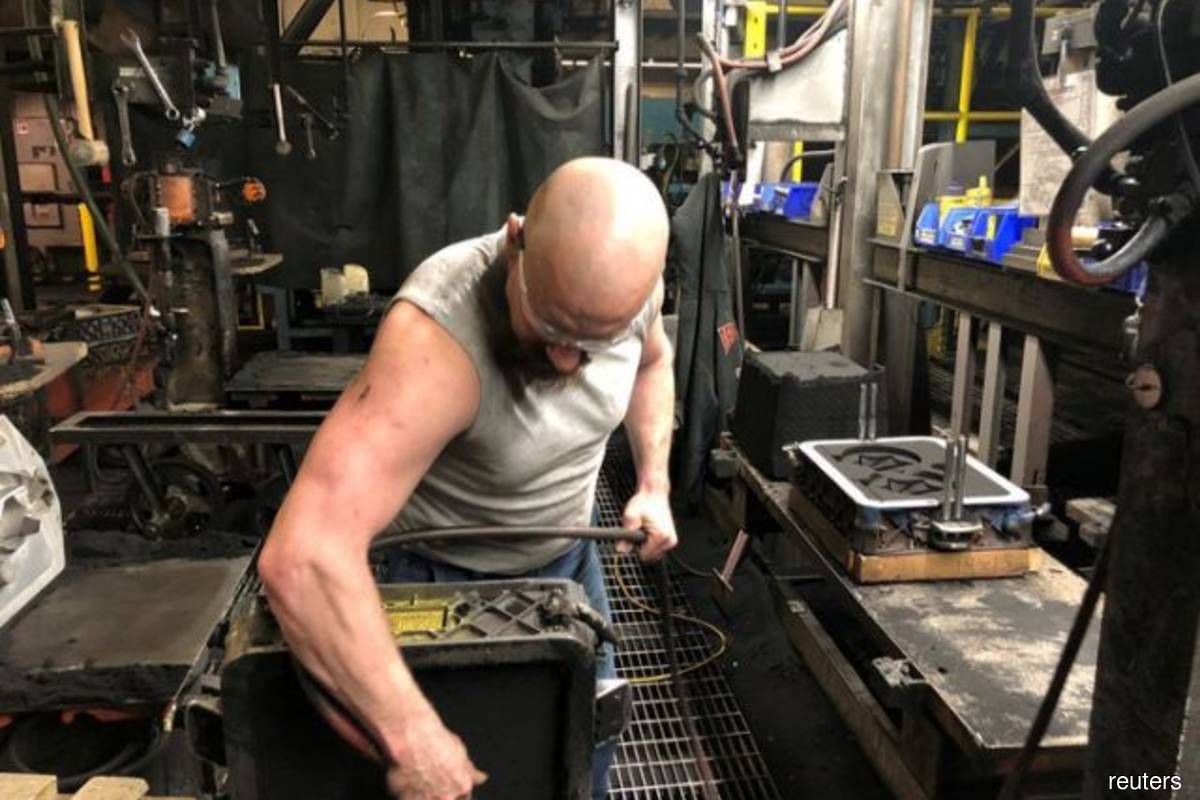 WASHINGTON (March 1): US manufacturing activity increased to a three-year high in February, amid a surge in new orders, but factories continued to face higher costs for raw materials and other inputs as the pandemic drags on.

The acceleration reported by the Institute for Supply Management (ISM) on Monday was despite a global semiconductor chip shortage, which has hurt production at automobile plants.

It was the latest indication of strong economic performance early in the first quarter, thanks to nearly US$900 billion in additional Covid-19 relief money from the government and a drop in new coronavirus infections and hospitalisations.

"Manufacturing is doing well but it will not be smooth sailing over the next few months because of supply-chain disruptions, slow delivery times and a global shortage of semiconductors," said Ryan Sweet, a senior economist at Moody's Analytics in West Chester, Pennsylvania.

The ISM said its index of national factory activity rebounded to a reading of 60.8 last month, from 58.7 in January. That was the highest level since February 2018.

A reading above 50 indicates expansion in manufacturing, which accounts for 11.9% of the US economy. Economists polled by Reuters had forecast the index edging up to 58.8 in February.

Manufacturing has been driven by strong demand for goods like electronics and furniture, as 23.2% of the labor force works from home because of the virus. Demand could, however, shift back to services in the summer as more Americans get vaccinated, and slow manufacturing activity from current levels.

But the year-long pandemic has gummed up the supply chain, boosting production costs for manufacturers. The survey's measure of prices paid by manufacturers jumped to a reading of 86.0, the highest since May 2008, from 82.1 in January.

This follows data last month showing a surge in consumers' near-term inflation expectations, and fits in with views that inflation will accelerate in months ahead. Economists are, however, split on whether the anticipated spike in price pressures will be transitory or not.

US Treasury yields have risen, with investors betting that extremely accommodative monetary and fiscal policy will boost inflation. Federal Reserve Chair Jerome Powell has played down these fears, citing three decades of lower and stable prices.

There is also ample capacity in the labour market, with at least 19 million people on unemployment benefits. But Americans grounded at home by Covid-19 have accumulated excess savings, which can provide a powerful tailwind to spending.

The ISM reported that suppliers continued to "struggle to deliver," because of transportation challenges and a shortage of labour. It said it did not expect these constraints to ease "until employment levels and factory operations can return to normal across the entire supply chain." The ISM's measure of supplier deliveries has increased every month since last August.

Electrical equipment, appliances and components producers reported "wide-scale" shortages and described the situation as "out of control." Manufacturers of chemical products said supply chains were "depleted," and expected the recent freeze in the Gulf Coast to worsen the shortages problem.

Food, beverage and tobacco products manufacturers said they had "experienced a higher rate of delinquent shipments from our ingredient suppliers in the last month." They anticipated a surge in orders, as restaurants reopen.

US stocks were trading higher. The dollar rose against a basket of currencies. US Treasury prices were mixed.

The survey's manufacturing employment gauge rose to 54.4, the highest reading since March 2019, from 52.6 in January.

That offers cautious optimism that employment growth picked up last month after nonfarm payrolls increased by only 49,000 jobs in January. The economy has recovered 12.3 million of the 22.2 million jobs lost during the pandemic.

A separate report from the Commerce Department on Monday showed construction spending increased 1.7% to US$1.521 trillion in January, the highest level since the government started tracking the series in 2002. Construction spending rose 1.1% in December.

Reports last month showed solid January consumer spending, manufacturing output, building permits and home sales, prompting economists to boost their first-quarter GDP growth estimates to as high as an 8.1% annualised rate, from as low as a 2.3% pace. The economy grew at a 4.1% rate in the fourth quarter.