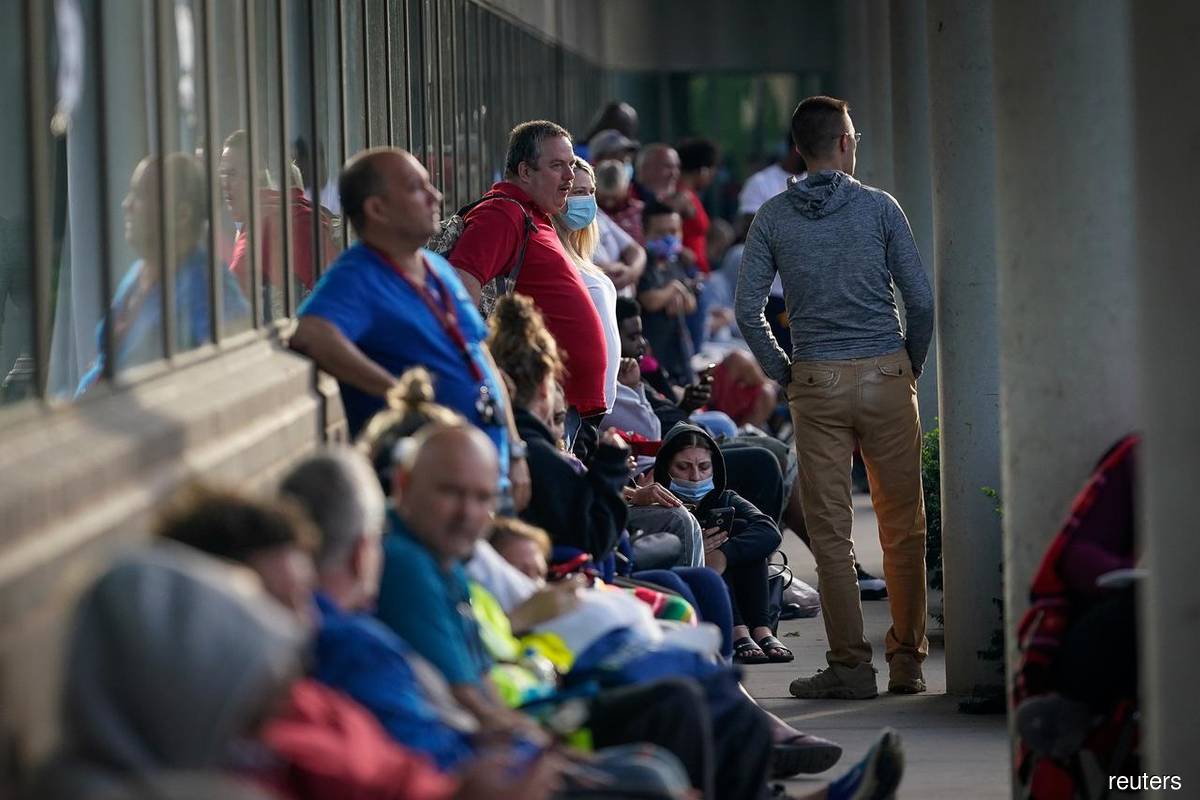 WASHINGTON (Nov 12): The number of Americans filing new claims for unemployment benefits fell to a seven-month low last week, but the pace of decline has slowed and further improvement could be limited by a raging Covid-19 pandemic and lack of additional fiscal stimulus.

The labour market slack is keeping inflation muted, with other data on Thursday showing consumer prices unchanged in October as moderate gains in the cost of food and rents were offset by cheaper gasoline and healthcare. The frail economy is one of the major challenges President-elect Joe Biden faces when he takes over from President Donald Trump in January.

Tepid inflation could allow the Federal Reserve to keep its ultra-easy monetary policy for a long time to aid the recovery from the Covid-19 recession, with the labour market not expected to move back to full employment before 2023.

"There are not enough jobs and not enough inflation out there to assuage the worries of Fed officials trying to go it alone to engineer this economic recovery as Washington elected officials dither over providing additional fiscal stimulus," said Chris Rupkey, chief economist at MUFG in New York.

Initial claims for state unemployment benefits fell by 48,000 to a seasonally adjusted 709,000 for the week ended Nov 7. Data for the prior week was revised to show 6,000 more applications received than previously reported.

Economists polled by Reuters had forecast 735,000 applications for the latest week.

Despite claims dropping to their lowest since March, they remained above their peak of 665,000 during the 2007-2009 Great Recession. Weak demand, especially in the services sector, is forcing employers to shed workers. Layoffs could accelerate as new coronavirus cases explode across the country.

Even without restrictions, many consumers are likely to stay away from places like bars, restaurants and gyms, fearing exposure to the illness. Restaurants and gyms moved outdoors during summer. News about experimental vaccines has been encouraging, though economists caution against too much optimism.

"The uncontrolled pandemic is a large downside risk to growth in the next few weeks and months," said Bill Adams, senior economist at PNC Financial in Pittsburgh, Pennsylvania.

Unadjusted claims, viewed by economists as a better measure of layoffs, fell 20,799 to 723,105 last week. Including a government-funded program for the self-employed, gig workers and others who do not qualify for the regular state unemployment programs, at least 1 million people filed claims last week.

Stocks on Wall Street were mixed as investors kept a wary eye on the coronavirus infections. The dollar slipped against a basket of currencies. US Treasury prices rose.

Unemployment claims peaked at a record 6.867 million in March. Much of the improvement in the labour market came from businesses recalling laid-off and furloughed workers, as companies and the unemployed accessed their share of more than US$3 trillion in government coronavirus relief.

But fiscal stimulus has run out, which will make it harder for the economy to generate enough jobs to absorb the millions of unemployed Americans. The number of people receiving benefits after an initial week of aid declined 436,000 to 6.786 million in the week ending Oct 31. That partly reflected many people exhausting their six months of state benefits.

A record 4.143 million people filed for federal government-funded extended unemployment benefits in the week ending Oct 24, up 159,776 from the prior week. Economists said this figure was understated, as Florida and Georgia had yet to report their numbers. These benefits will run out in December.

The government reported last week that nonfarm payrolls rose by 638,000 jobs in October, the smallest gain since the jobs recovery started in May. That followed 672,000 jobs added in September. Only 12.1 million of the 22.2 million jobs lost in March and April have been recovered.

In another report on Thursday, the Labor Department said its consumer price index was unchanged last month, following a 0.2% increase in September. A 0.2% rebound in food prices was offset by a 0.5% drop in the cost of gasoline.

In the 12 months through October, the CPI climbed 1.2% after increasing 1.4% in September.

Excluding the volatile food and energy components, the CPI was also flat in October after rising 0.2% in the prior month. Owners' equivalent rent of primary residence, which is what a homeowner would pay to rent or receive from renting a home, rose 0.2% after ticking up 0.1% in September. That offset a 0.4% decline in the cost of healthcare. "As supply shortages are being resolved, sluggish aggregate demand will keep a lid on inflation," said Kathy Bostjancic, chief US financial economist at Oxford Economics in New York.