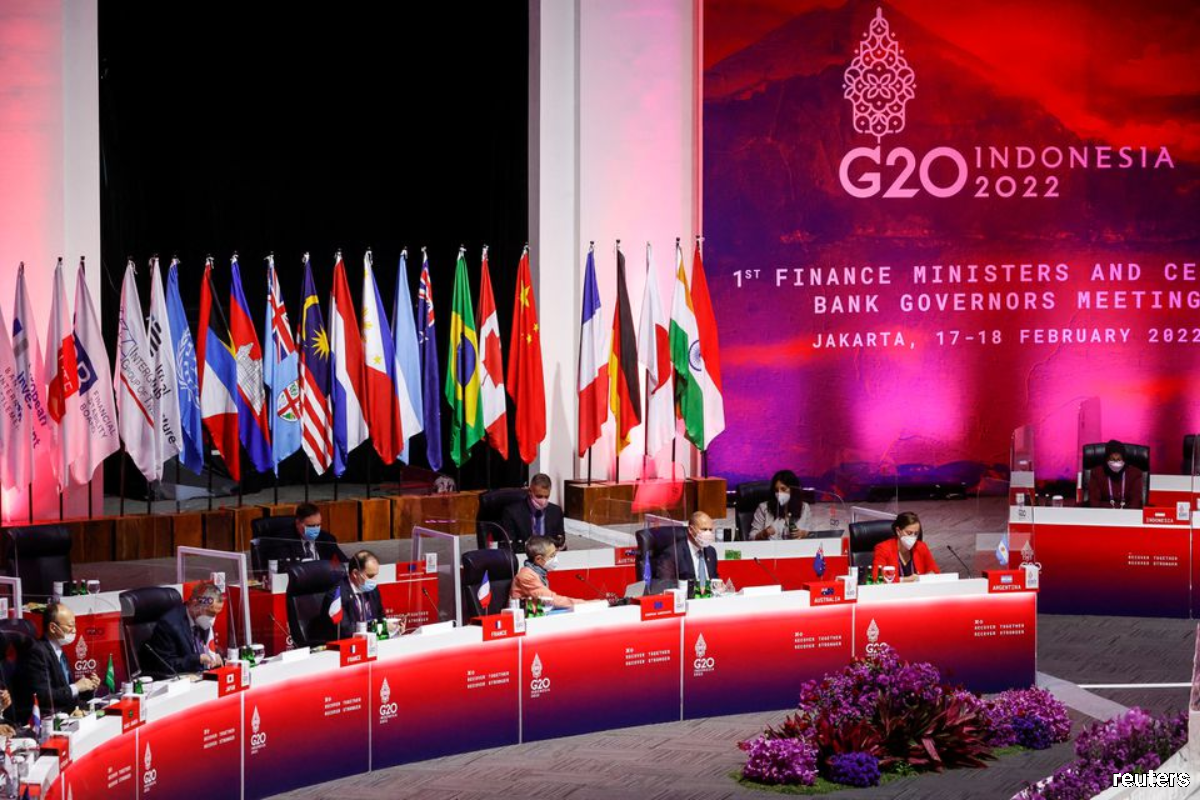 TOKYO (July 7): This week's G20 meeting in Bali cannot be business as usual but the United States is determined to ensure nothing happens there that can give legitimacy to Russia's "brutalising" of Ukraine, a senior US State Department official said on Thursday.

The gathering of G20 foreign ministers, which formally starts on Thursday and runs until Friday, would be a good opportunity to advance efforts to tackle the global food security crisis, the official said, adding it was crucial to ensure the meeting was effective and free from interference.

"The most important thing is that we maintain the focus on the G20 event," the official, who is accompanying US Secretary of State Antony Blinken, said during a brief stop in Tokyo while en route to Indonesia.

"We're very determined to do that and not let there be any disruptions or interruptions to that," the official said.

"But I think we also want to make sure that there's nothing that in any way, shape or form lends any conceivable legitimacy to what Russia is doing in brutalising Ukraine."

The remarks suggest a walkout will be less likely at a meeting where Russian Foreign Minister Sergei Lavrov will come face-to-face for the first time this year with some of the fiercest critics of Moscow's invasion.

Russia calls its actions in Ukraine a "special military operation".

Blinken will hold a trilateral meeting with his Japanese and South Korean counterparts in Bali, the official said, while his meeting with China's Foreign Minister Wang Yi will focus on properly handling the US-China relationship.

"This is part of an ongoing and I think important series of conversations with our Chinese counterparts across the government to make sure that we are responsibly managing the relationship," the official said.

"As two leading powers, whatever our differences, there are also areas where, for example, climate, global health, counter-narcotics, things of that nature, where it makes sense for us to cooperate."