US job growth slows in October; unemployment rate falls to 6.9% 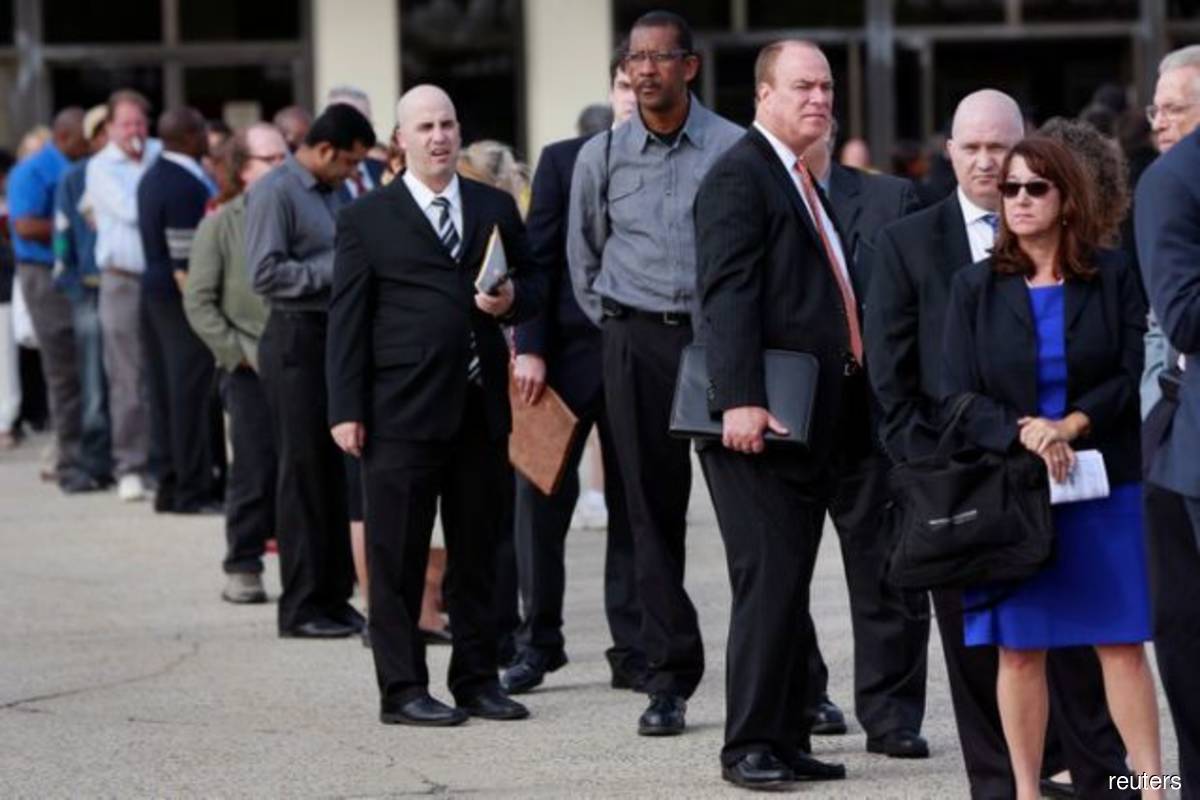 WASHINGTON (Nov 6 ): US employers hired the fewest workers in five months in October, offering the clearest evidence yet that the end of fiscal stimulus and exploding new Covid-19 infections were sapping momentum from the economic recovery.

Nonfarm payrolls increased by 638,000 jobs last month after rising by 672,000 in September, the Labor Department said in its closely-watched employment report on Friday. That was the smallest gain since the jobs recovery started in May and left employment still well below its peak in February.

The unemployment rate fell to 6.9% from 7.9% in September. Economists polled by Reuters had forecast payrolls advancing by 600,000 jobs in October and the jobless rate dipping to 7.7%.

The report underscored the challenges the next president, whether it is incumbent Republican Donald Trump or Democrat Joe Biden, confronts to keep the economy growing as it heals from the deepest recession since the Great Depression.

Biden edged closer to winning the White House early on Friday as he took a narrow lead over Trump in the battleground state of Georgia. Trump on Thursday alleged fraud without providing evidence, filing lawsuits and calling for recounts in a race yet to be decided since polls closed on Tuesday.

A contested election reduces the chances of another coronavirus rescue package from the government this year. Even if more fiscal policy is agreed on, it will likely be smaller than had been anticipated before the election.

That will shift the spotlight to the Federal Reserve. The US central bank kept interest rates near zero on Thursday. Fed Chair Jerome Powell acknowledged the pace of improvement in the economy and labor market had moderated, noting that the recovery would be stronger with more fiscal support.

More than US$3 trillion in government pandemic relief for businesses and workers fueled a historic 33.1% annualised rate of economic growth in the third quarter. That followed a record 31.4% pace of contraction in the April-June quarter.

Lack of fiscal stimulus and spiraling new coronavirus infections across the country have put the economy on a sharply slower growth path heading into the fourth quarter. Restaurants and gyms have moved outdoors, but cooler weather and the resurgence in Covid-19 infections could leave many in trouble.

Even if states and local governments do not impose new restrictions on businesses, consumers are likely to stay away, fearing exposure to the respiratory illness. The United States set a one-day record for new coronavirus cases on Wednesday with at least 102,591 infections, according to a Reuters tally.

Though small and medium-sized businesses have suffered most from the pandemic, large corporations have not been spared. Exxon Mobil last month announced 1,900 layoffs in the United States. Boeing said it expected to eliminate about 30,000 jobs, 11,000 more than previously planned, by end-2021.

While the unemployment rate has dropped from a peak of 14.7% in April, it has been biased down by people misclassifying themselves as being "employed but absent from work."

At least 21.5 million people were receiving unemployment benefits in mid-October. Many people, mostly women, have dropped out of the labor force to look after children or because they fear contracting the virus.