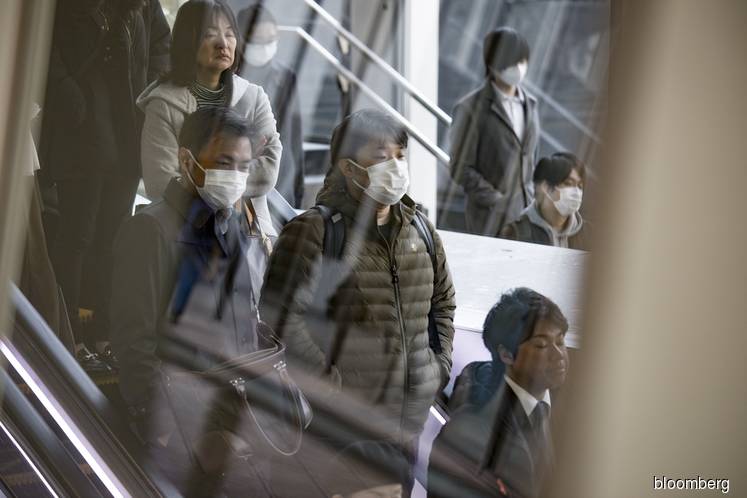 (Feb 26): Top U.S. health officials described a range of measures the government could take if the outbreak of coronavirus that began in China spreads widely in the U.S., outlining emergency plans that could result in significant disruptions to daily life for some.

In the most drastic case, that could include school closings, cancellations of sporting events, concerts and business meetings. Similar measures have been taken by other countries facing outbreaks as the virus has begun to pop up in meaningful numbers outside China.

While the U.S. has seen a small number of cases and hopes to limit the spread, health officials are preparing as if there will be a pandemic, Nancy Messonnier, director of the CDC’s National Center for Immunization and Respiratory Diseases, said on a call with reporters Tuesday.

“We expect we will see community spread in this country,” Messonnier said, referring to person-to-person transmission of the virus. “It is not a matter of if, but a question of when, this will exactly happen.”

Exactly what measures health authorities put into place, and how broadly they’re implemented, would depend on how wide transmission is, Principal Deputy Director of CDC Anne Schuchat said at a separate press conference later Tuesday. She called a global pandemic likely, though said the actions the U.S. takes at home will depend on the severity.

“The images we’ve been seeing from China, from Hubei province, are quite different from what we’d expect in a U.S. context,” Schuchat said. In China, cities have been locked down and houses searched door to door, with people forcibly quarantined. “Dr. Messonnier’s comments really to were to frame what might happen in the future. It’s very important to say that our efforts at containment have worked.”

New clusters of cases in Italy, Iran, South Korea and countries outside China appear to have confirmed health officials’ predictions that efforts to contain the virus in China would slow the infection’s spread, not stop it. And sustained outbreaks in added countries will make it more challenging to seal off the U.S. from the disease.

The CDC is the primary federal agency responsible for tracking and responding to outbreaks of disease. While officials there have warned for weeks that the virus was likely to spread to the U.S., Tuesday’s morning’s call was a notable escalation in describing what that would mean.

In the White House, there has been some discussion about whether to declare a national emergency under the Stafford Act to deal with the coronavirus, two people familiar with the discussions said. It’s one possible tool but hasn’t yet been seriously considered, another person close to the matter said.

The Stafford Act is intended for sudden, urgent emergencies. It would nationalize the response, put the Federal Emergency Management Agency in charge of it and enable access to direct federal assistance and use the disaster relief fund. White House communications staff declined to comment on the possibility.
Markets Hit

The remarks rattled markets as U.S. stocks plunged to an 11-week low and bond yields fell to records on rising concern the coronavirus will upend global supply chains critical to economic growth. The S&P 500’s four-day rout topped 6.5%, with losses accelerating Tuesday after the CDC call.

Messonnier’s warnings Tuesday morning were in contrast to remarks by President Donald Trump and other senior administration officials, who have portrayed the coronavirus as a problem largely contained outside the U.S.

The virus is “very well under control in our country,” Trump said Tuesday at a news conference in New Delhi, where he’s concluding a two-day visit to India.

“I think people should be as calm as possible in assessing this,” Trump administration economic adviser Larry Kudlow said at the White House Tuesday, after Trump’s remarks. “Emergency plans don’t necessarily mean they’ll have to be put into place.”

Kudlow said that steps by the administration, such as screening travelers from China, have reduced the risk. “We have contained this, I won’t say airtight, but pretty close to airtight,” Kudlow said.

Asked about the mixed messages from the administration, Health and Human Services Secretary Alex Azar said officials were trying to be transparent about their responses.

Health officials have plans in place for infectious disease outbreaks, and Messonnier pointed to 2017 report on recommendations for community mitigation measures for pandemic influenza as a blueprint for steps the U.S. could take when coronavirus starts spreading the U.S.

One major tool is what’s known as social distancing -- finding ways to limit personal interactions where the virus could transmit. Measures could include school closings, or dividing classes into smaller groups and rearranging desks so they are further apart. For workers, U.S. businesses could offer telecommuting and replace in-person meetings with conference calls. Mass gatherings of all sorts, including concerts, festivals and sporting events, might be postponed. Another important component is routine cleaning of frequently touched surfaces.

“The maximum benefit occurs when the measures are layered on each other,” Messonnier said on the call.
U.S. Preparations

Despite the steps being put into place, there have been a handful of worrying signs about the U.S. readiness.

A test for the virus developed in part by the CDC and shared with states has been turning up inconclusive results, limiting the ability of local health departments to conduct broad surveillance for the disease and raise the alarm if it’s silently spreading already. That’s crucially important, given that mild cases tend to resemble the flu.

“I am frustrated that we have had issues with the test,” Messonnier said. The agency is working on a modified test kit it hopes to send out to state and local health departments as soon a possible. Twelve states and localities are now able to perform testing on their own, she said.

Through Feb. 23, the CDC has conducted 2,620 coronavirus tests on 1,007 patients. While it has no backlog, getting the test done at CDC involves sending to sample to the agency, which potentially delays the results.

The U.S. also has far fewer protective masks than it would need in the case of a major outbreak of the coronavirus in the country, HHS’s Azar told Congress Tuesday.

The U.S. has about 30 million stockpiled N95 masks that can help stop a person from inhaling infective particles, Azar said, but would need as much as 300 million for health workers in an outbreak.

The Trump administration asked for an additional $2.5 billion to help fight the looming outbreak, money that would be used to help expand disease surveillance in the U.S.; bolster state and local health agencies that will fight it on the front lines; fund work on vaccines and drug treatments; and help fortify the strategic national stockpile with protective gear including masks and respirators.

“We cannot hermetically seal off the United States to a virus,” Azar said at a congressional hearing in Washington Tuesday. “We need to be realistic about that. This virus, we will have more cases in the United States. We have been very transparent about that. Then we will work to mitigate the impact of those.”