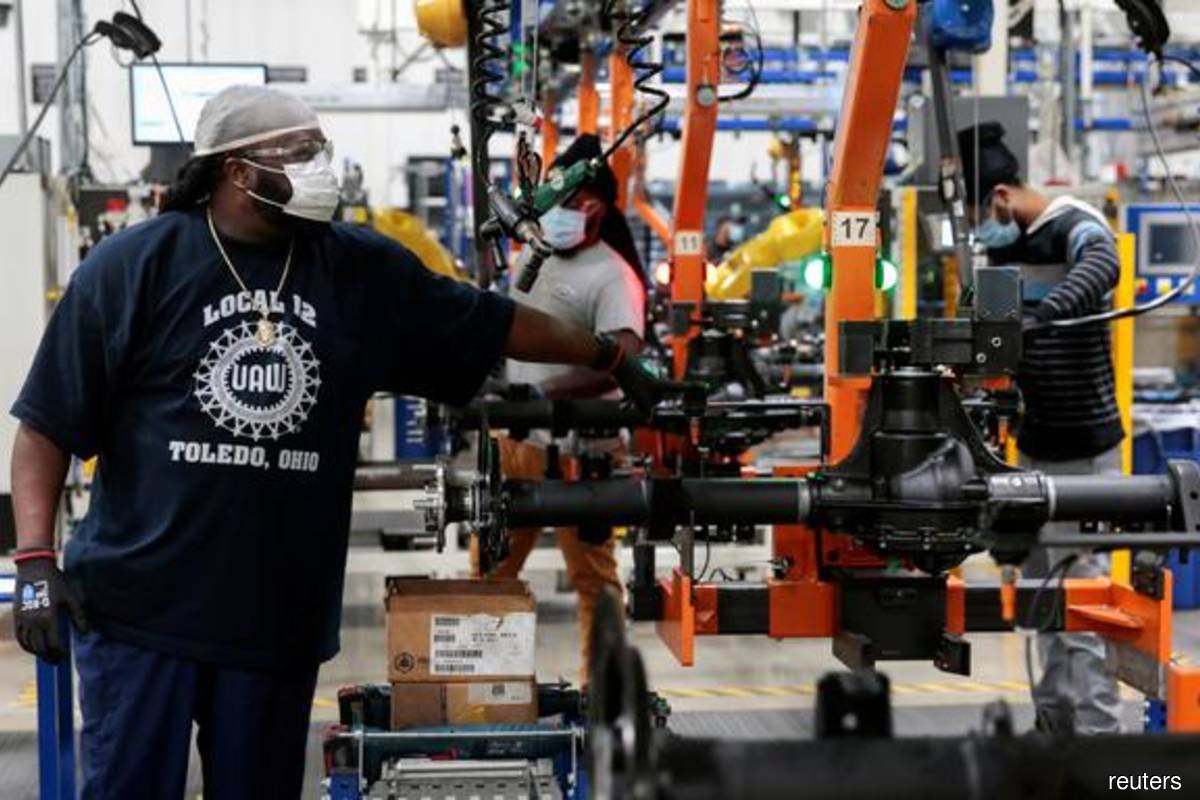 WASHINGTON (Dec 1): US manufacturing activity slowed in November, with new orders retreating from their highest level in nearly 17 years, as a resurgence in Covid-19 cases across the nation kept workers at home and factories temporarily shut down to sanitise facilities.

The Institute for Supply Management (ISM) on Tuesday warned that absenteeism at factories and their suppliers, as well as difficulties in returning and hiring workers, would continue to "dampen" manufacturing until the coronavirus crisis ended.

The softening in factory activity supports expectations for a sharp deceleration in economic growth in the fourth quarter.

"The feared economic slowdown is starting, but it is pretty slow off the blocks," said Joel Naroff, chief economist at Naroff Economics in Holland, Pennsylvania.

The ISM's index of national factory activity dropped to a reading of 57.5 last month from 59.3 in October, which had been the highest since November 2018. A reading above 50 indicates expansion in manufacturing, which accounts for 11.3% of the US economy.

The United States is in the grip of a fresh wave of Covid-19 infections, with more than four million new cases and over 35,000 coronavirus-related deaths reported in November, according to a Reuters tally of official data. The virus is likely to disrupt production at factories. Manufacturing output is still about 5% below its pre-pandemic level, according to the Federal Reserve.

Coronavirus infections are exploding at a time when more than US$3 trillion in government Covid-19 relief has run out. The fiscal stimulus helped millions of unemployed Americans cover daily expenses and companies keep workers on payrolls, leading to record economic growth in the third quarter.

The economy grew at a historic 33.1% annualised rate in the third quarter, after contracting at a 31.4% rate in the April-June period, the deepest since the government started keeping records in 1947. Growth estimates for the fourth quarter are mostly below a 5% rate.

A second report from the Commerce Department on Tuesday showed a solid increase in construction spending in October, but outlays in September actually declined instead of rising modestly as was previously estimated.

Stocks on Wall Street were trading higher, with the S&P 500 index and the Nasdaq hitting record highs on hopes that a Covid-19 vaccine would be available soon. The dollar fell against a basket of currencies. US Treasury prices were lower.

"Rising Covid-19 cases in the US and the absence of additional fiscal stimulus could weigh on factory conditions over the next couple of months," said Ryan Sweet, a senior economist at Moody's Analytics in West Chester, Pennsylvania.

In the food industry, factories were "sending employees home for 14 days to quarantine," and "had to shut down production lines due to lack of staffing". But fabricated metal producers reported strong business and they expected demand to continue growing in 2021. Machinery manufacturers were also upbeat, though they said the coronavirus remained a concern.

ISM's forward-looking new orders sub-index fell to a reading of 65.1 in November from 67.9 in October, which was the highest reading since January 2004. Manufacturing employment contracted, after expanding in October for the first time since July 2019.

ISM's manufacturing employment gauge dropped to a reading of 48.4 from 53.2 in October. That likely reflects the absenteeism due to the coronavirus, as well as layoffs as demand softens. It fits in with economists' expectations that job growth slowed further in November. Manufacturing accounts for more than 10% of private payroll employment.

"Today's news of layoffs in the sector, either planned or unplanned, is a worrisome sign that shows there is not a clear path to winning here for the economic outlook as 2021 approaches," Chris Rupkey, chief economist at MUFG in New York.

According to an early Reuters survey of economists, nonfarm payrolls probably increased by 495,000 jobs last month, after rising by 638,000 in October. Employment growth has cooled from a record 4.781 million new jobs in June.

About 12.1 million of the 22.2 million jobs lost in March and April have been recovered. The government is scheduled to publish November's employment report on Friday.