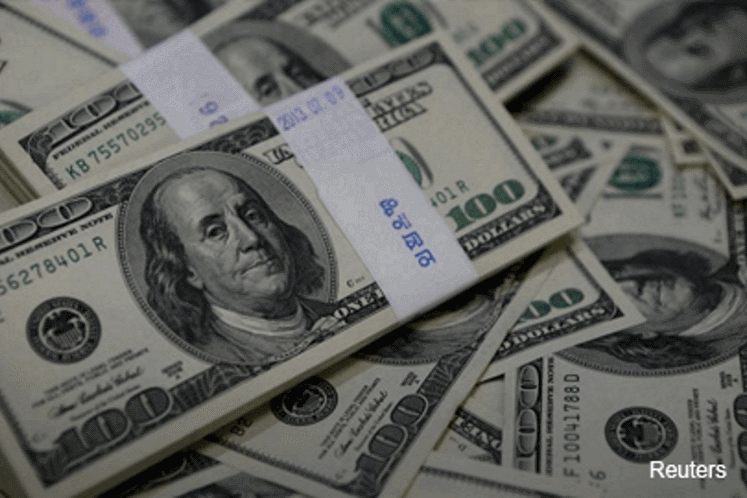 NEW YORK (March 20): The US dollar dipped to a six-week low against a basket of currencies on Monday, extending weakness from last week, following recent interest-rate guidance from the US Federal Reserve that was less "hawkish" than many had expected.

The greenback has been on the retreat since the Fed on Wednesday raised interest rates but stopped short of predicting a sharper pace of monetary policy tightening over the next two years.

"It's follow-through and a hangover from last week — the concept of a dovish Fed," said Brad Bechtel, managing director at Jefferies in New York.

"Even though they hiked (rates), the perception was that they were mildly dovish. We are seeing continuing dollar sluggishness on the back of that," he said.

Group of 20 financial leaders at a meeting expressed renewed concern about the United States' global trade relations and by implication the Donald Trump White House's concern over the strong US dollar.

The post-meeting communique retained language on avoiding currency manipulation, which has previously seemed aimed chiefly at Japan and China, but it omitted a call for free trade seen as opening the door to more overt efforts by Washington to shift the balance of its international relationships.

The dollar index fell by as much as 0.3% in Asian and early European trading before recovering some ground to stand just 0.05% weaker on the day at 100.25.

The greenback was helped by public comments from Chicago Fed President Charles Evans who said Federal Reserve was on track to raising interest rates twice more this year, analysts said.

"He is a dove and he is a voter. He sounded pretty comfortable with three Fed hikes," said Richard Franulovich, a forex analyst at Westpac.

Meanwhile, sterling slipped from a three-week high against the US dollar after a spokesman for British Prime Minister Theresa May said she would formally launch talks on leaving the European Union on March 29.

The pound, which had been up as much as a third of a percent against the US dollar in London morning trade, reversed course, falling as low as $1.2368 following the statement, down 0.2% on the day.

"Perhaps some of the newly minted longs from the overnight session are being forced out here," said Shaun Osborne, chief FX strategist at Scotiabank in Toronto.