US consumers will drive demand with low household debts 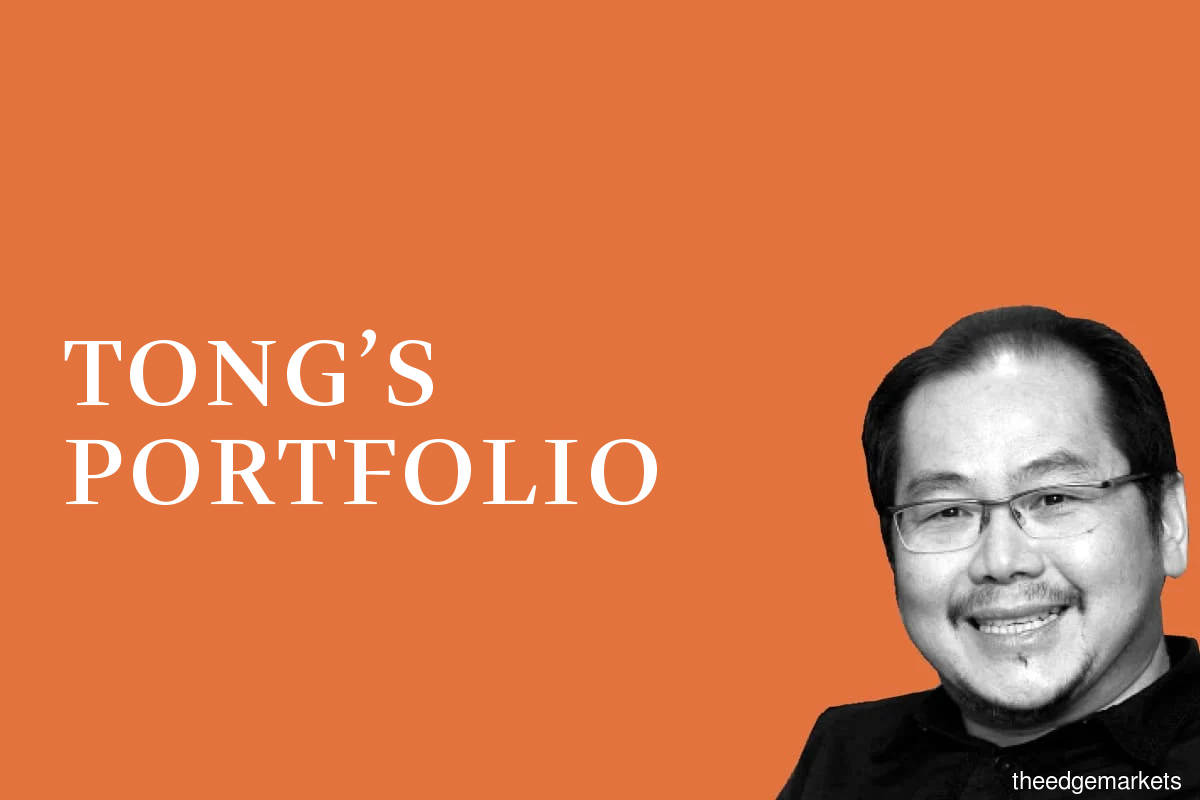 Fact: Inflation is at the highest levels in four decades and likely to remain higher for longer.

Inflationary pressures are building up to be far stronger and more persistent than what the world has gotten used to — and perhaps taken for granted for the past 40 years — first triggered by the Covid-19 pandemic and now, compounded by the war in Ukraine. While commodity prices appear to be stabilising, the higher costs are only just beginning to filter through the global economy.

Fact: Interest rates are rising and have a lot of catching up to do from historic low levels.

The highest inflation rates since the early 1980s are forcing central bankers to hike rates faster and reverse their extreme monetary policies of the past decade. But the worst part is the magnitude of this shift in expectations — from zero rate hike through 2023 to possibly up to a 3% increase — and that it has happened over a matter of mere months. That has resulted in steep price corrections in both the stock and bond markets.

Higher prices, higher interest rates and tighter liquidity will lead to more demand destruction that could further dampen growth momentum. Business margins will be hurt, depending on the companies’ pricing power. Even as the world scrambles to assess the consequences of sharply higher interest rates and tighter liquidity, we also have to contend with fears that the ongoing Ukrainian war could yet escalate into a larger crisis.

Taken together, these are a lot of uncertainties for investors to digest in a very short period of time — especially considering how limited volatility has been through the better part of the past decade. Indeed, an entire generation of investors — and likely many analysts as well — have only known an environment of falling interest rates, ample liquidity and, by and large, steadily rising stock markets.

With so many unknowns, company managements too have been less forthcoming in terms of specific guidance, perhaps even erring on the side of caution. This may have further left some market observers, accustomed to relying on such guidance, floundering. It is easy to see how one can be swept up in the prevailing negativism. Stock prices will certainly be driven by earnings expectations.

Also fact: US consumers are in good financial shape and have sufficient firepower to support consumption, which would translate into relative resilience in US — and global — growth. US households went through years of deleveraging after the global financial crisis — household debt-to-GDP has fallen from a high of nearly 101% in 4Q2007 to about 77% currently. This relatively low indebtedness of US consumers bodes well for the economy going forward, given that personal consumption accounts for more than two-thirds of total economic activities. Indeed, this is also why we do not think that the US economy will fall into recession — or worse, stagflation — in the near term.

Furthermore, wage gains are picking up steam in the current tight labour market conditions. It is most notable for the lower-income workers in the services industries, such as leisure and hospitality, with businesses ramping up hiring on the reopening of the economy and consumer spending shifting from goods to services. Rising wages would help, at the very least partially, offset the impact of inflation. What is perhaps most interesting is that this deleveraging process did not come with significant belt-tightening. In other words, US households were able to pay down their borrowings while also continuing to spend. Personal consumption grew in absolute terms and held remarkably steady as a percentage of GDP throughout this period (see Chart 1). How is this so?

The obvious explanation is that wages and household incomes too were rising, and at a faster clip. And this was indeed the case, on the back of the longest US economic expansion on record. The economy registered positive growth from June 2009 to February 2020, ended only by the pandemic. Household income growth was recorded for all income groups (see Chart 2). Wages grew an average 2.7% annually between 2010 and 2020, underpinned by annual real productivity gains of about 1.3% over the same period.

Another key reason is falling interest rates. As interest rates decline, the cost of servicing debts also falls — ­leaving more for consumers to spend, save and/or pay off their debts (see Chart 3).

Historic low rates have also lifted the people’s ability to own a home (see Chart 4). The Housing Affordability Index — the index at 100 means that a median-income family has just enough income to qualify for a mortgage loan on a median-priced home — rose sharply in the aftermath of the global financial crisis. This was due, in part, to cheaper house prices post-crisis but was also thanks to falling mortgage rates.

Although the affordability index is currently off the peak, it remains elevated from a long-term historical perspective, and well above 100. Mortgage rates — despite the recent rise — remain near the lowest than at any time prior to the global financial crisis. Hence, we think the US housing market is likely to stay relatively robust, if less frenetic than in the past one to two years, which is, in fact, a good thing. Again, this bodes well for the broader US economy.

What is equally important, though far less well articulated, is the fact that American consumers are being subsidised by their government and indirectly by the rest of the world.

This was clearly evident during the pandemic — the various fiscal stimulus packages totalled well over US$5 trillion, a huge chunk of which went directly to households as cash handouts. Household debt, which initially rose at the onset of the pandemic, fell sharply once the aid relief was distributed. At the same time, public debt-to-GDP jumped sharply higher (see Chart 5). In effect, the government has exchanged household debts with borrowings on its own balance sheet.

In reality, the socialisation of US household debts has been happening for years. Social benefits as a percentage of personal income have trended increasingly higher over time (see Chart 6). Plus, the US government — and the Federal Reserve, through its massive quantitative easing programmes that include purchases of mortgage-backed securities — has been the most important provider of credit to US households since the global financial crisis. Why is this so important and, arguably, the smart move?

Shifting household debts onto government balance sheets will sustain growth in consumer spending, which, in turn, will keep the economy growing and employment robust. Per capita disposable income rises, as does the people’s standard of living. Ultimately, if GDP growth consistently outpaces the cost of borrowings, interest cost is effectively negative and the country can outgrow its debts. Winners all round. Here’s the rub — not every country can embrace this strategy.

As the level of debts goes up, so too would the cost of debt (interest rates), at least in theory — investors will demand a higher and higher premium as the risk of default grows. In the real world, risk premium is driven by perception. Broadly speaking, developed countries have far greater capacity for debts than developing, emerging countries. And the US has the most extreme of privileges. Case in point, US public debts have risen substantially, especially since the global financial crisis (see Chart 5). Yet, save for the most recent spike, yields on Treasuries have been in secular decline (see Chart 7).

We have previously touched on the exorbitant privilege of the US dollar by virtue of it being the global reserve currency, store of value and settlement for trade. It is widely perceived as a safe haven, despite running huge trade deficits consistently for more than three decades.

As a result, the US continues to borrow extremely cheaply — for a heavily indebted nation — to spur economic growth and raise living standards for its population. American consumers live beyond their means, buying “cheap” imported goods and services on the strength of the greenback because it is held as the primary reserve currency globally. Much of the world’s savings is invested in US Treasuries, which suggests the debts can be rolled over indefinitely as long as there is demand. And to top this off, the almost insatiable appetite is continuously driving down yields. The biggest holders of US Treasuries are Japan and China, countries that run trade surpluses — selling to US consumers. Maintaining the US dollar hegemony is, clearly, critical to the US. It is the foundation upon which the strength of its economy and military is built, indeed its outsized political influence in a unipolar world, backed by all international institutions that were set up post-World War II. We will write more on this in the future. Obviously, it is a controversial and difficult topic. But questions must be asked of the current world order, even if we accept the supremacy of the US dollar for, say, the next 20 years, in the absence of viable alternatives. Change is the constant. The UK’s pound sterling was the global currency for more than a century before it was replaced by the US dollar. What can we do to prepare for, and mitigate the impact of, a transition to possibly a multi-global-currency world — that will also mean a sharp devaluation for the greenback — when the time comes? Stay tuned.

The Global Portfolio closed on a stronger footing for the week ended May 4, up 2.2%, and better than the 0.1% gain for the MSCI World Net Return Index. The big gainers include Alibaba Group Holding Ltd (+14.2%), Guangzhou Automobile Group Co Ltd (+7%) and Bank of America Corp (+6.5%). On the other hand, shares for Amazon.com Inc (-8.9%) fell sharply following weaker-than-expected earnings and guidance. ­Yihai International Holding Ltd (-8.7%), and CrowdStrike Holdings Inc (-0.3%) were the other two losers among our basket of stocks. Last week’s gains lifted total portfolio returns to 39.1% since inception, narrowing its underperformance relative to the benchmark index to 4.8%.

The Malaysian Portfolio closed marginally higher in a holiday-shortened trading week ended May 5. The top gainer was Velesto Energy Bhd, up 13.6%, while Telekom Malaysia Bhd was the biggest loser, falling 4.3%. Total portfolio returns now stand at 133.6% since inception. We continue to outperform the benchmark FBM KLCI, which is down 13.5% over the same period, by a long, long way.

Disclaimer: This is a personal portfolio for information purposes only and does not constitute a recommendation or solicitation or expression of views to influence readers to buy/sell stocks. Our shareholders, directors and employees may have positions in or may be mate rially interested in any of the stocks. We may also have or have had dealings with or may provide or have provided content services to the companies mentioned in the reports.