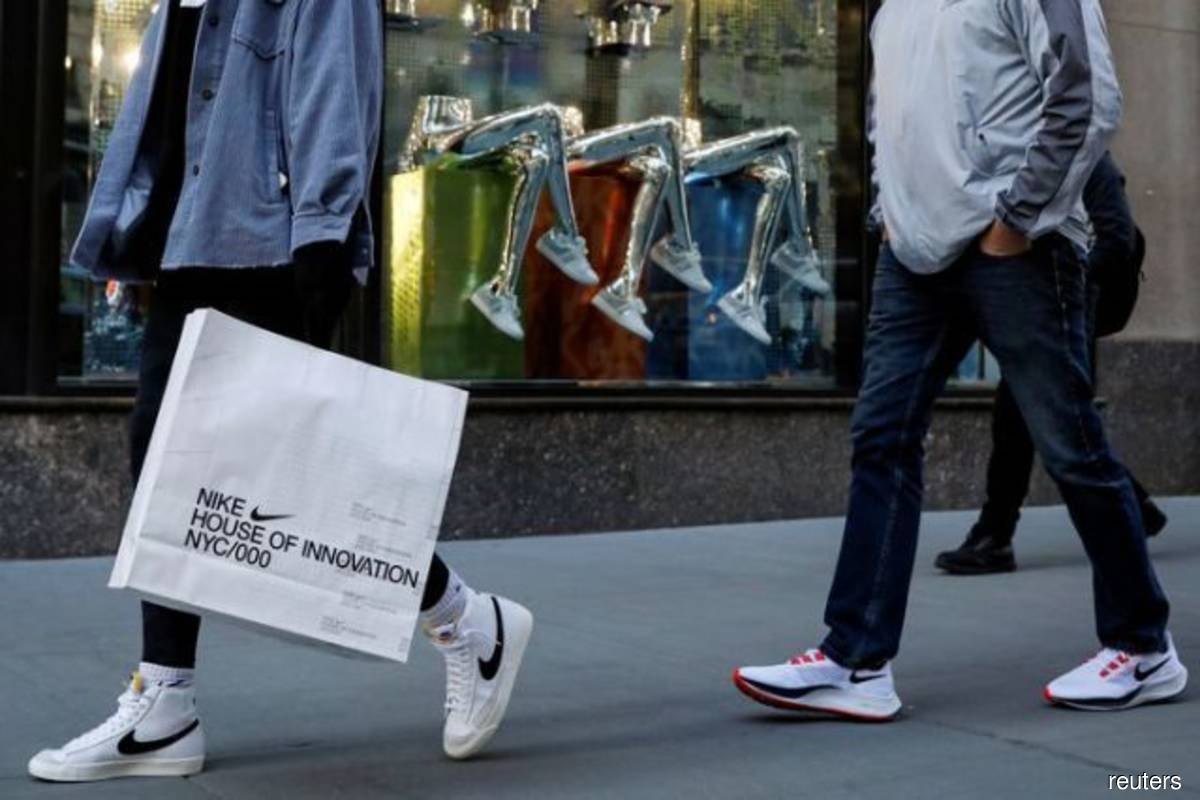 WASHINGTON (Feb 23): US consumer confidence increased in February, with households slightly upbeat about labour market conditions amid declining new Covid-19 infections and expectations for additional money from the government to help the economy's recovery from the pandemic.

The survey from the Conference Board on Tuesday also showed consumers warming up to overseas vacations, though fewer intended to purchase homes, automobiles and other big-ticket items over the next six months. This fits in with economists' predictions that demand will swing back to services from goods in the coming months, as more Americans get vaccinated.

Federal Reserve Chair Jerome Powell told lawmakers on Tuesday that the economy's recovery from the pandemic recession remained "uneven and far from complete”, adding that it would be "some time" before the US central bank considered changing its ultra-easy monetary policy stance.

The Conference Board said its consumer confidence index rose to a reading of 91.3 this month, from 88.9 in January. Economists polled by Reuters had forecast the index nudging up to a reading of 90. The cut-off date for the survey was Feb 11. It did not fully capture the winter storm, which knocked out electric power in Texas, or the easing of dining restrictions in New York city.

The survey's present situation measure, based on consumers' assessment of current business and labour market conditions, rebounded to a reading of 92.0 from 85.5 in January. It had declined for three straight months.

"This course reversal suggests economic growth has not slowed further," said Lynn Franco, senior director of economic indicators at The Conference Board.

The expectations index based on consumers' short-term outlook for income, business and labour market conditions slipped to 90.8 from a reading of 91.2 in January, suggesting households remain cautious about the economic outlook.

Covid-19 cases in the United States have declined for the sixth consecutive week, with daily cases and hospitalisations falling to the lowest level since before the Thanksgiving and Christmas holidays. The pace of vaccination is also picking up.

Health experts have warned, however, that coronavirus variants initially discovered in Britain, South Africa and Brazil could unleash another wave that threatens to reverse the recent positive trends. The virus has claimed more than 500,000 lives in the United States just over a year since the pandemic hit the nation. President Joe Biden's US$1.9 trillion recovery plan from the pandemic is gaining traction in the US Congress.

US stocks were trading lower as investors sold off mega-cap growth shares on valuation concerns. The dollar gained versus a basket of currencies. US Treasury prices rose.

The survey's so-called labour market differential, derived from data on respondents' views on whether jobs are plentiful or hard to get, rose to a reading of 0.7 this month, from -2.5 in January. That measure closely correlates to the unemployment rate in the Labor Department's employment report.

The economy created only 49,000 jobs in January, after shedding 227,000 jobs in December, the first decline in payrolls in eight months. About 12.3 million jobs of the 22.2 million lost during the pandemic have been recovered.

The labour market remains weak, with new claims for unemployment benefits rising so far this month. The share of consumers expecting an increase in income dipped to 15.2%, from 15.8% last month. The proportion anticipating a drop fell to 13.2% from 15.5% in January.

The pandemic has disproportionately affected lower-wage earners mostly in the services industry. It has boosted demand for housing as Americans seek more space for home offices and schooling. But housing supply is failing to keep up, driving up house prices.

A separate report on Tuesday showed the S&P CoreLogic Case-Shiller 20-metro-area house price index soared 10.1% in December, from a year ago. The biggest gain since April 2014, followed a 9.2% increase in November.