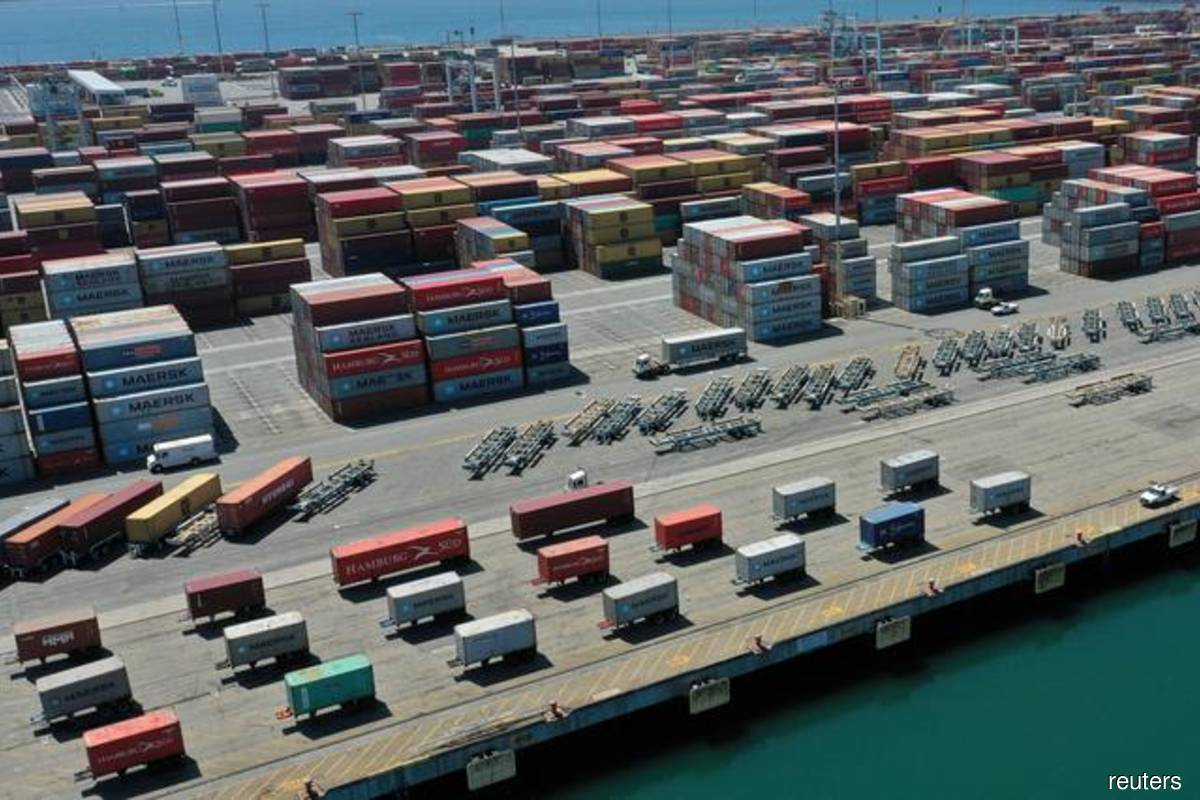 The strength in business spending reported by the Commerce Department on Monday joined upbeat data on retail sales and the labour market in setting up the economy for what analysts expect will be its best performance this year in nearly four decades.

Economists saw little impact on investment from President Joe Biden's push for a sweeping overhaul of the US tax system to make rich people and big companies pay more and help foot the bill for the White House's ambitious economic agenda, including upgrading the nation's crumbling infrastructure.

Details of the tax proposal could be released before Biden's address to the US Congress on Wednesday. Economists said there was no evidence that former President Donald Trump's deep corporate tax cuts boosted business investment.

"It is hard to fathom how partially rolling back the Trump cuts to pay for the infrastructure plan will meaningfully impede business investment," said Ryan Sweet, a senior economist at Moody's Analytics in West Chester, Pennsylvania. "There is little relationship between the effective corporate tax rate and changes in real business equipment spending. Most US corporations have no trouble getting cheap capital and they pay among the lowest effective tax rates in the world."

Though last month's increase was below the 1.5% jump that had been anticipated by economists in a Reuters poll, core capital goods orders surged 10.4% year-on-year in March.

Reports this month showed retail sales raced to a record high in March while the economy created the most jobs in seven months. Factory activity measures are at multi-year highs, indicating continued strength in manufacturing, which accounts for 11.9% of the US economy.

The Biden administration's massive US$1.9 trillion Covid-19 pandemic rescue package and increased vaccinations against the virus have allowed for broader economic re-engagement, unleashing pent-up demand, for both goods and services. Biden has also proposed a US$2.3 trillion jobs and infrastructure plan.

Stocks on Wall Street rose. The dollar was steady against a basket of currencies. US Treasury prices were higher.

In March, core capital goods orders were boosted by machinery, primary and fabricated metal products, as well as computers and electronic products. But orders for electrical equipment, appliances and components dropped 1.5%.

Based on the latest data, economists are forecasting strong business spending on equipment in the first quarter.

"The response of capital spending to the Covid pandemic, with both orders and shipments of core capital goods at a record high, is encouraging for the outlook for 2021," said Conrad DeQuadros, senior economic advisor at Brean Capital in New York.

With households sitting on at least US$2 trillion in excess savings, demand booming and inventories low, businesses are likely to continue investing in equipment to boost production, though raw material and input shortages could be an issue.

"There's still a gap between orders and shipments as producers ramp up capacity and adjust to increasing demand," said Will Compernolle, a senior economist at FHN Financial in New York. "The increase in the orders backlog is especially bad in core capital goods, suggesting accelerating capital spending."

The government's snapshot of first-quarter GDP on Thursday will likely show the economy grew at a 6.1% annualized rate, according to a Reuters survey of economists. That would be the a second fastest growth pace since the third quarter of 2003 and would follow a 4.3% rate of expansion in the final three months of 2020.

The economy grew at a record 33.4% pace in the third quarter of 2020, after contracting at a historic 31.4% rate in the April-June period. Growth is expected to top 7.0% this year, which would be the fastest since 1984. It would follow a 3.5% contraction last year, the worst performance in 74 years.

Orders for durable goods, items ranging from toasters to aircraft that are meant to last three years or more, rose 0.5% in March after falling 0.9% February. They were restrained by a 1.7% decline in orders for transportation equipment, which followed a 2.0% drop in February.

Orders for civilian aircraft tumbled 46.9%. That was despite Boeing reporting on its website that it had received 196 aircraft orders last month compared to 82 in February. Last month's orders included 185 737 MAX jets. The US government late last year lifted a 20-month grounding of the aircraft that was put in place after crashes in Indonesia and Ethiopia.

Orders for motor vehicles and parts shot up 5.5% in March after plunging 9.1% in February. Motor vehicle production has been hit by a global semiconductor chip shortage. Output of computers and electronic products also has been impacted.