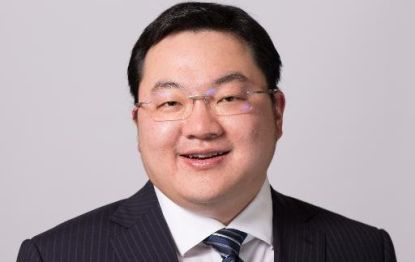 (March 21): US authorities intend to file criminal charges against flamboyant financier Jho Low, according to people familiar with the investigation, but haven’t disclosed the potential timing, The Wall Street Journal reported.

US authorities intend to file the criminal charges against the young Malaysian businessman in connection with an international scandal involving 1Malaysia Development Bhd (1MDB) that they believe could be one of the largest financial frauds ever, according to people familiar with the matter,

The civil suits, which are proceeding separately from the criminal probe, seek more than US$1 billion of assets, including van Gogh and Monet paintings and luxury real estate in New York and Los Angeles, allegedly bought with stolen money. The Justice Department is currently seeking to add recently discovered Low family property to the list of assets it is trying to seize, including a yacht Jho Low controls, the US$165 million, 300-foot, helipad-equipped Equanimity, WSJ reported.

In addition, Singapore has been building a potential criminal case against Jho Low, said a person involved in the city-state’s investigation. A Justice Department team has just finished a visit to Singapore to conduct interviews related to Jho Low and other aspects of the 1MDB matter, said two people familiar with the trip.

Jho Low, whose full name is Low Taek Jho, and his lawyers didn’t respond to requests for comment. Previously, Jho Low had said he was the victim of political infighting in Malaysia and was only an informal adviser to 1MDB. His family members are taking legal action to fight the US asset-seizure lawsuits.

Jho Low, a 35-year-old known for hanging out with Hollywood celebrities and hosting lavish parties in Las Vegas and elsewhere, struck a confident tone in a New Year’s message to friends this January. “2016 was the Perfect Storm; but the calmness and resolve of our Captain, led his loyal Sailors whom placed their lives with utmost trust in his leadership weathered the storm,” Mr. Low wrote in a WeChat message viewed by The Wall Street Journal. “The men and women that came out of the storm were not the same men that walk in. Through struggle, they established new strengths they never knew they collectively had,” he wrote.

“The very moment they were brought to their knees, and their world was about to fall apart,” Mr. Low added, “their Captain’s exemplary leadership guided them to safety; and through this experience, they achieve a new level of humility, nobility and higher intelligence ready to set sail for greater achievements in 2017 for their people!”

Since the US filed its asset-seizure suits, which are against the assets themselves and don’t name people as defendants, Mr. Low has largely disappeared from public view. He has deleted some email accounts, changed phones regularly and avoided the US, said people familiar with his movements.

With his bank accounts frozen by several countries — and Jho. Low warned by officials in Malaysia to stay away, according to people familiar with the matter — the financier has mainly been living in China and Thailand, said those familiar with his comings and goings. At the Peninsula Hotel in Shanghai, a staff member last year described Jho Low as a long-term resident. Jho Low’s yacht has been moored in Thai waters since October, WSJ reported.

The Equanimity recently was berthed for around 40 nights at the Ao Po Grand Marina on the Thai resort island of Phuket, records show, at a cost of about $20,000, part of it settled from a baht account at Bangkok Bank. The bank and the marina manager declined to comment.

The US’s prosecution plans, which could change or be dropped as its investigation continues, involve filing criminal charges of wire fraud and money laundering against Jho Low and potentially some of his associates, said people familiar with the probe. They didn’t describe the potential timing. To obtain an indictment, prosecutors would present evidence to a grand jury, which would need to agree the government had probable cause to believe a law had been broken.

Any charges could increase pressure on Malaysian Prime Minister Najib Razak, who set up 1MDB and was close to Jho Low.

The US asset-seizure suits refer to a “Malaysian Official 1” that the suits allege received hundreds of millions of dollars siphoned from 1MDB.

Najib has denied any wrongdoing. Early last year, Malaysia’s attorney general said large deposits in his accounts were a donation from a member of Saudi Arabia’s royal family and most was returned. Attempts to contact Najib for this article were unsuccessful. The 1MDB fund itself has also denied wrongdoing and pledged cooperation with investigators.

Amid the growing pressure, Jho Low has taken inspiration from “The King of Oil: The Secret Lives of Marc Rich, ” according to people who have discussed the book with him. The late Mr. Rich was a commodities trader indicted in the US on tax evasion and other charges who lived without arrest for decades in Switzerland, then was pardoned by President Bill Clinton in 2001.